NCWF to Remove 75K Pounds of Litter, Plant 3,500 Trees in Celebration of GivingTuesday 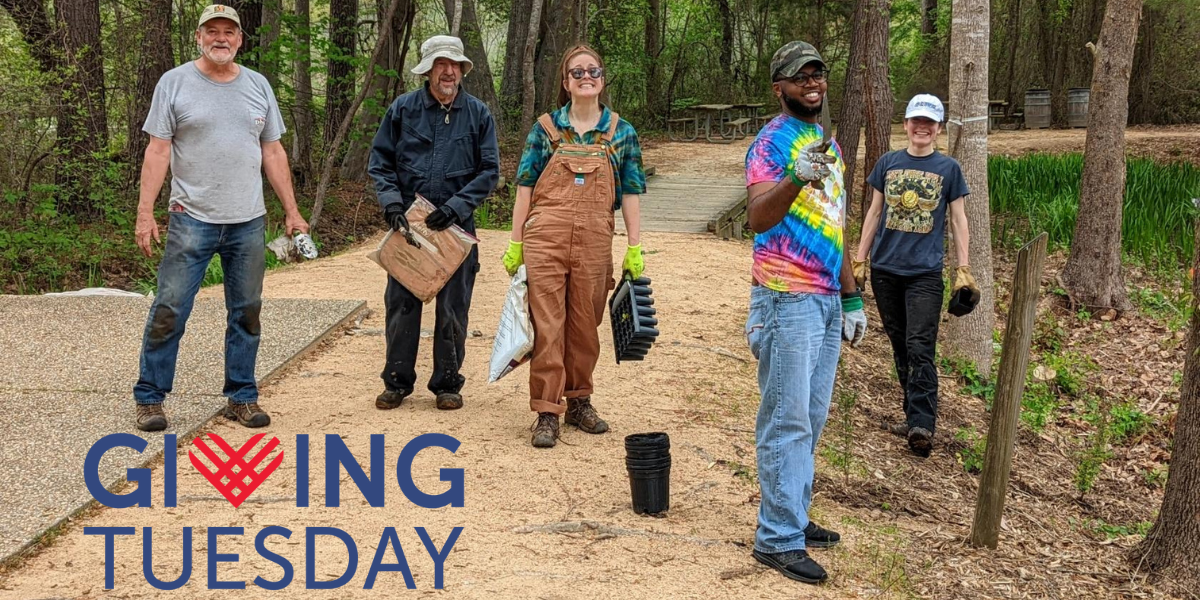 This GivingTuesday, North Carolina Wildlife Federation will inspire generosity with a commitment to plant 2,500 trees and pollinator plants and remove 75,000 pounds of litter in 2023 to protect, conserve and restore wildlife and habitat.

GivingTuesday is a global generosity movement, unleashing the power of people and organizations to transform their communities and their world. GivingTuesday will kick off the generosity season this year by inspiring people to give back on Nov. 29 and throughout the year.

“GivingTuesday is a great way to join millions of people from all over the world in supporting meaningful causes that make a difference. It is an honor to participate as a conservation nonprofit, and I’m always blown away by the individual and collective generosity,” said NCWF CEO Tim Gestwicki.

GivingTuesday launched in 2012 as a simple idea: to create a day encouraging people to do good. Over the past decade, this idea has grown into a global movement that inspires hundreds of millions of people to give, collaborate and celebrate generosity.

People demonstrate generosity in many ways on GivingTuesday. Whether it’s helping a neighbor or stranger out, showing up for an issue or people we care about, or giving to causes we care about, every act of generosity counts.

GivingTuesday has raised billions of dollars for critical causes worldwide and gets 21 billion impressions on social media from people and organizations speaking up for the causes that matter to them and encouraging others to get involved in their communities.

“GivingTuesday inspires people all around the world to embrace their power to drive progress around the causes they care about, not just on one day but throughout the year,” said Asha Curran, GivingTuesday’s CEO and co-founder. “With country and community leaders, millions of organizations, and countless givers of all kinds, GivingTuesday is creating a shared space where we can see the radical implications of a more generous world.”

Kick off the generosity season by supporting wildlife and habitat

Those interested in kicking off the generosity season by protecting, conserving and restoring wildlife and habitat can join NCWF’s GivingTuesday initiative.