Wild Spectacle: Seeing Wonders in a World Beyond Humans with Author Janisse Ray 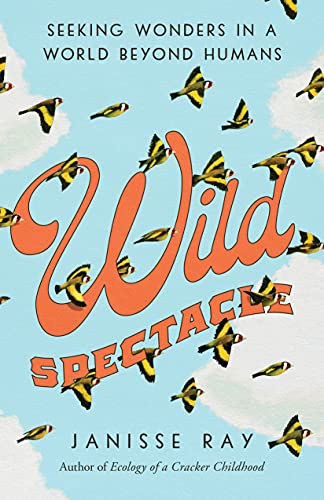 Join the Island Wildlife Chapter of the North Carolina Wildlife Federation with guest speaker Janisse Ray for a discussion on her latest book “Wild Spectacle: Seeking Wonders in a World Beyond Humans.” In her latest book, Wild Spectacle, the acclaimed author and poet Ray repeatedly sets out to immerse herself in wildness,  to be wild, and to learn what wildness can teach us. From overwintering with monarch butterflies in Mexico to counting birds in Belize, the stories in Wild Spectacle capture her luckiest moments—ones of heart-pounding amazement, discovery of romance, and moving toward living more wisely. In Ray’s worst moments she crosses boundaries to encounter danger and embrace sadness. Wild Spectacle explores our first home, the wild earth, and invites us to question its known and unknown beauties and curiosities.

Janisse Ray is an American writer whose favorite subject is the borderland of nature and culture. Ray has won an American Book Award, Pushcart Prize, Southern Bookseller Awards, Southern Environmental Law Center Writing Awards, Nautilus  Award, and Eisenberg Award, among others; and  has been inducted into the Georgia Writers Hall of Fame. Her first book, Ecology of a Cracker Childhood, was a New York Times Notable Book. Her eighth, Wild Spectacle, was released October 2021. She lives and works inland from Savannah, Georgia.