Connectivity for Wildlife in North Carolina

Roads and Development Fragment Habitat and Can Harm Wildlife

North Carolina wildlife survives and thrives despite having to contend with 80,000 miles of state-maintained highways. Roads crisscross the landscape where American black bear, white-tailed deer and many other species still attempt to follow ancient wildlife corridors, imperiling both the animals and the humans who navigate them.

Life is altered for both plants and animals when roads are nearby. Besides the risk of dying in attempts to cross, individual animals are disturbed by noise, light, and air pollution from roads near their homes. But highways create more insidious issues detrimental to entire species.

According to a June 2020 N.C. Department of Transportation and Safety Division study, over the three-year period of 2017–2019, in North Carolina alone there were 56,868 wildlife-vehicle collisions, more than 2,800 human injuries, five human fatalities, and $156.9 million in property damage.

In western North Carolina, roadkill of wildlife has reached a tipping point in a region where some 1,900 black bears and a dispersing herd of nearly 200 elk now move in and out of Great Smoky Mountains National Park, seeking mates, food and shelter.

To do so, they are often faced with a fraught decision: Where, when and how to cross Interstate 40 in the Pigeon River Gorge – a highway built during the 1960s without much consideration for wildlife or their movement patterns. From September 2018 to December 2020, researchers tallied 140 elk, bear and deer dead along the highway in the Pigeon River Gorge study area. That number is likely just the tip of the iceberg, as many animals hit on roads die far from the right-of-way and are never discovered.

In an increasingly fragmented landscape, it’s essential to acquire, protect, connect and manage lands for the benefit of wildlife. Improving habitat connectivity and making safe passages ensures wild animals can get to where they need to go. Development of wildlife-friendly solutions requires long-term strategizing and resources from departments of transportation, federal and state governments, and the public.

A collaborative called Safe Passage: The I-40 Pigeon River Gorge Wildlife Crossing Project has been addressing the issue since early 2017. It’s a collection of nearly 20 federal, state, tribal, and non-governmental organizations specifically working to make this perilous 28-mile stretch of highway—20 miles in western North Carolina and eight miles in Tennessee— more permeable for wildlife and safer for drivers.

NCWF plays a key role not only as a stakeholder but also as one of six organizations comprising the Safe Passage Fund Coalition.  These partners include The Conservation Fund, Defenders of Wildlife, Great Smoky Mountains Association, National Parks Conservation Association and Wildlands Network.

That effort will allow scientists to make research-driven recommendations for North Carolina and Tennessee transportation officials as they improve several bridges on Interstate 40 over the next five years. Construction on the first of these bridge replacements may begin as early as fall of 2021 at the Harmon Den exit near the intersection with the Appalachian Trail. A herd of elk lives on both sides of the highway in this area.

Bear, deer and elk are the focal species of study in the gorge because they create the greatest safety hazards for motorists, but researchers are simultaneously studying where and how many smaller species are attempting to cross the roadway. 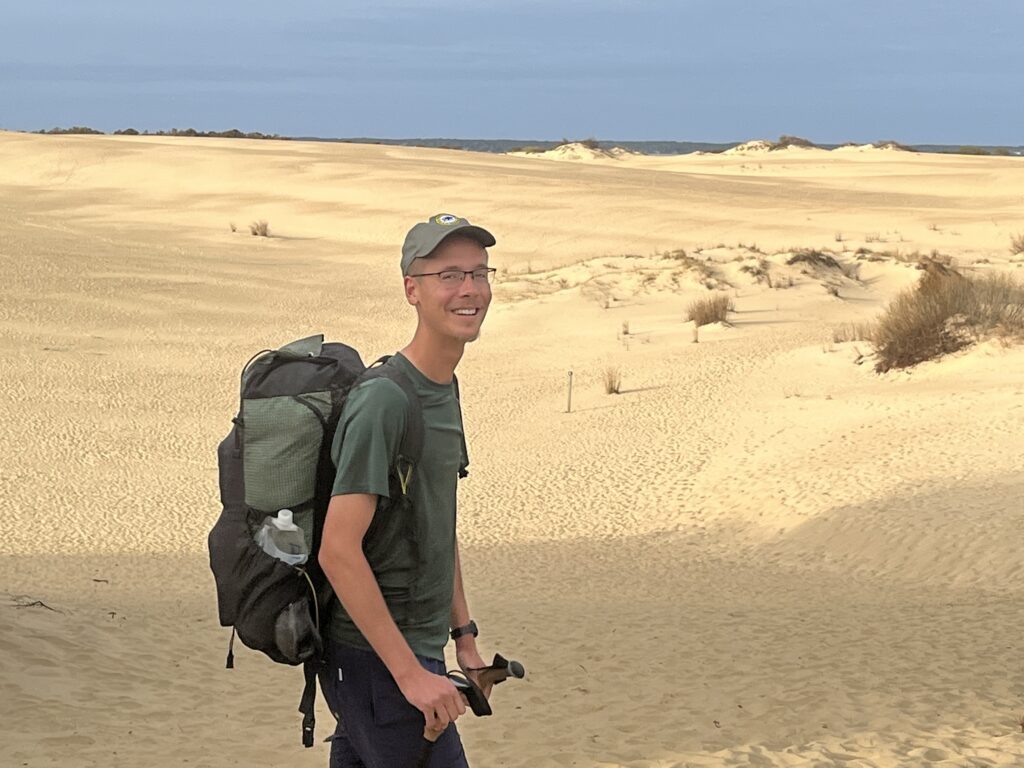 Luke Bennett, 23, is Hiking for Habitat in Support of North Carolina’s Wild Lives and Wild Places 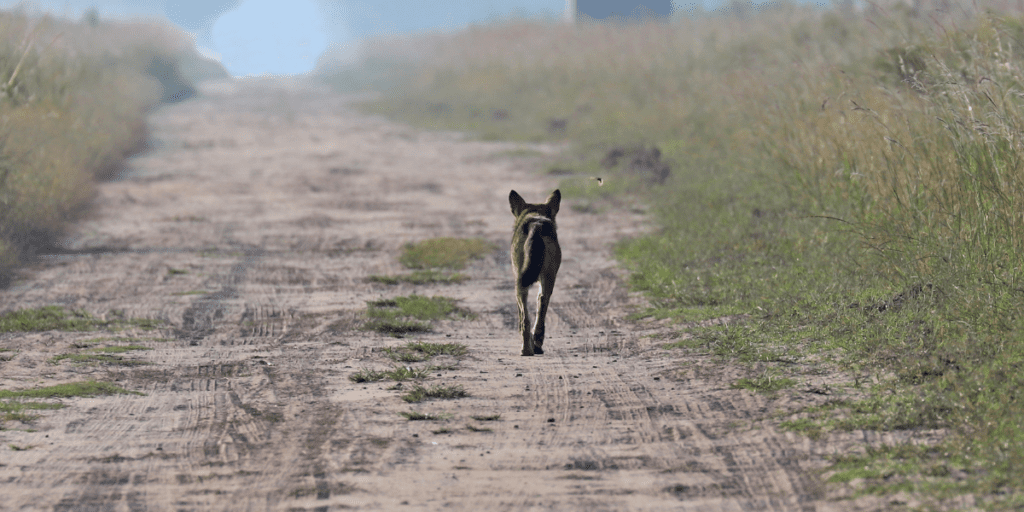 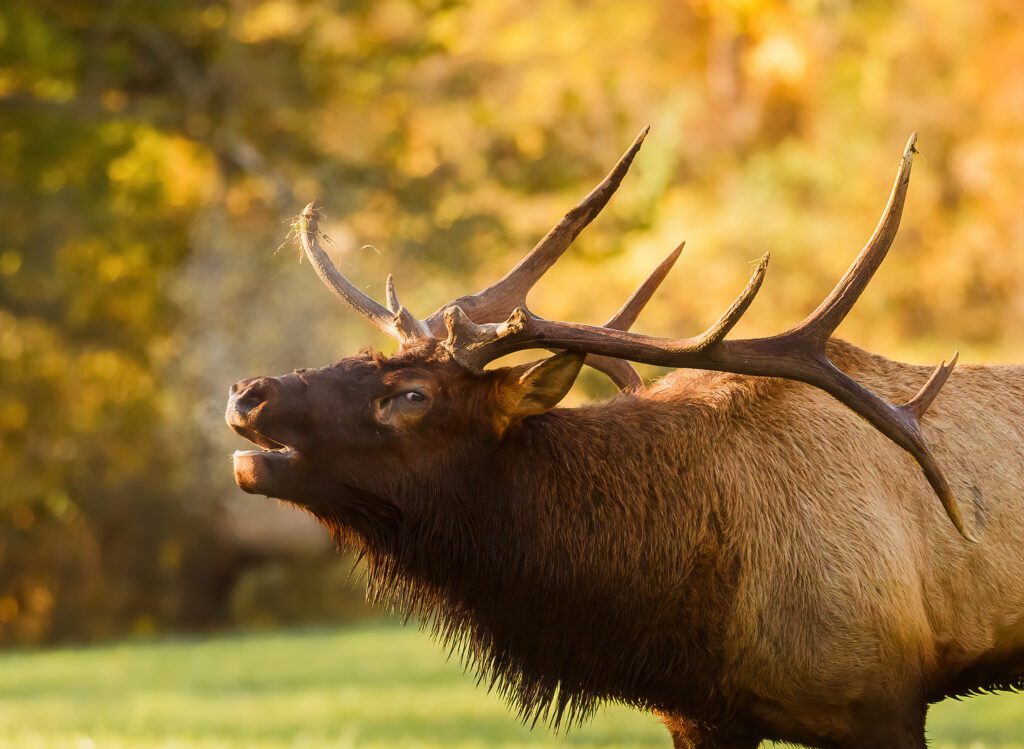 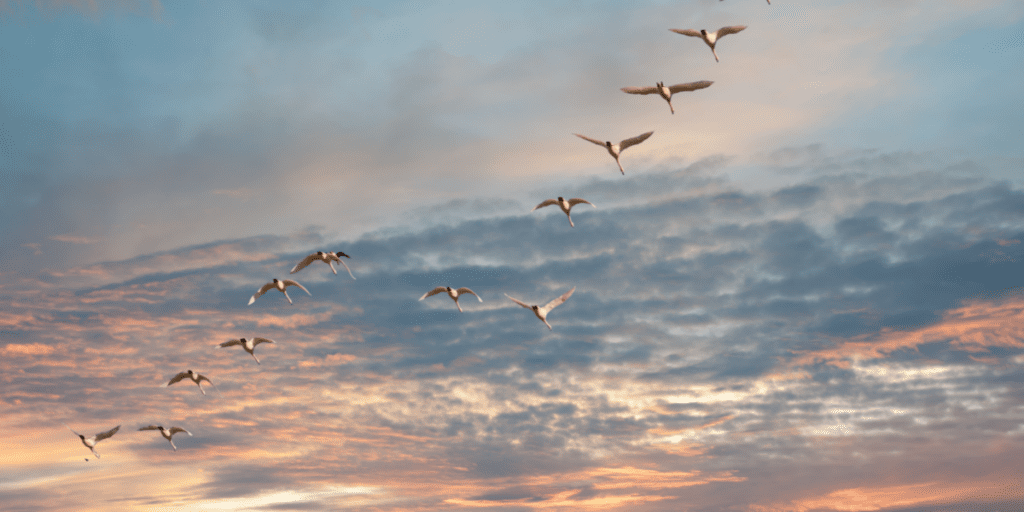