Wildlife Die from Plastic, Litter and Other Trash

Who hasn’t seen plastic litter, styrofoam and other garbage accumulated on the shores of beaches, lakes and streams? Or scattered in your neighborhood, along the streets and in parking lots? Or watched viral videos of people removing a straw from a sea turtle’s nostril or cutting a fishing line strangling a pelican’s beak?

Litter in the environment hurts both terrestrial and marine species through entanglement, suffocation, consumption and poisoning. It also leaches toxic chemicals into waterways and drinking water. Litter along roadsides attracts wildlife, including the prey of predator species such as owls and wolves, creating a vicious cycle that increases wildlife injuries or death due to vehicular collisions. The number one cause of injury for birds or prey brought to the Carolina Raptor Center is raptors struck by vehicles.

NCWF has been tackling the litter crisis head-on by hosting river and lake cleanups and participating in thousands of habitat restoration projects.

Restore Habitat and Save Wildlife

The World Economic Forum estimates that by 2050, there will be more trash than fish in the ocean. North Carolina’s litter problem isn’t going away anytime soon without a collective, statewide effort to adopt streams and roads for cleaning and cleanups around the state.

When we Keep it Clean, Make it Green (remove what doesn’t belong and replace it with what does), we also:

Keeping it Clean and Making it Green

Additionally, we regularly track volunteer, member, chapter and partner cleanup projects which allow us to see the collective value of their efforts.

CLICK HERE TO REPORT YOUR RESULTS TO OUR ANNUAL CLEANUP GOAL

Join a cleanup event, or host your own!

Join the statewide Keep it Clean, Make it Green movement by volunteering to clean up litter or plant trees, shrubs and pollinator plants in your community. Find out more upcoming cleanups here.

You also can organize your own neighborhood cleanup or head outside for a solo trash-collecting outing. Download our Habitat Restoration Volunteer Toolkit and read this blog for some inspiration and tips on how to get started. Be sure to report your results to us to add your efforts to our annual cleanup goal and plant more trees and pollinator plants.

If you prefer to support the clean and green movement behind the scenes, you can make a gift to North Carolina Wildlife Federation. It will go toward removing litter from your community and throughout North Carolina and replacing it with trees, shrubs and pollinator plants. We can’t do this work without generous support from people like you! 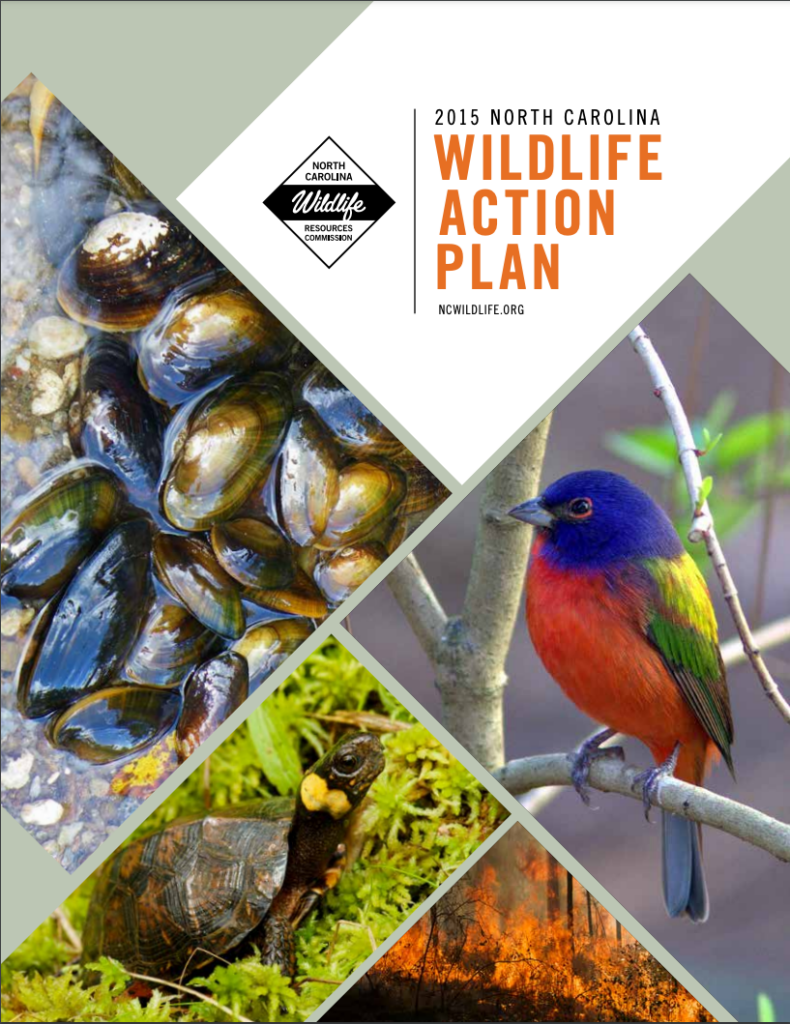 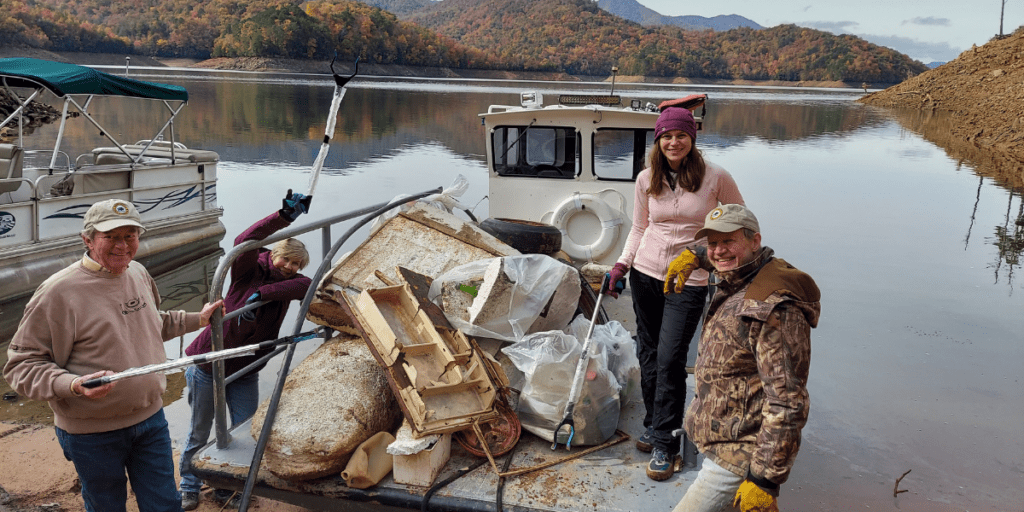 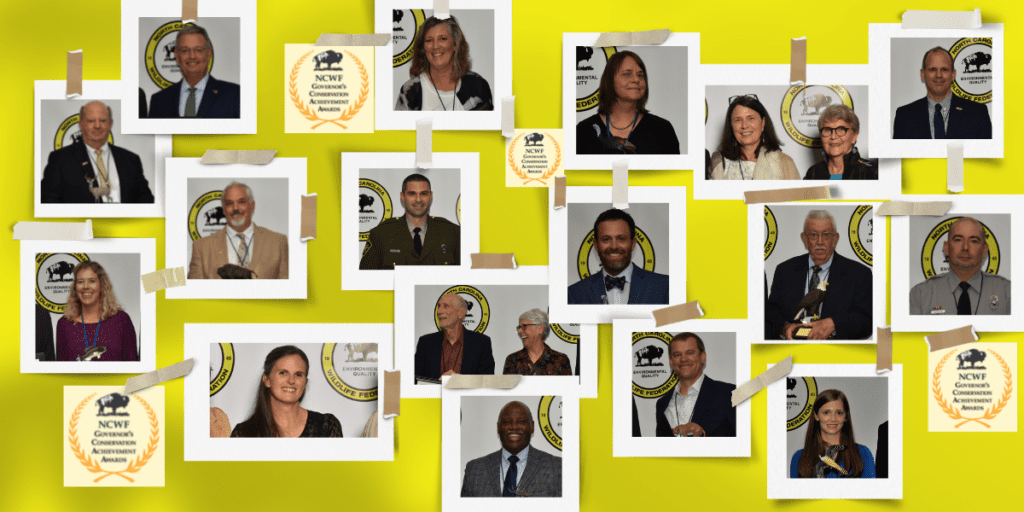 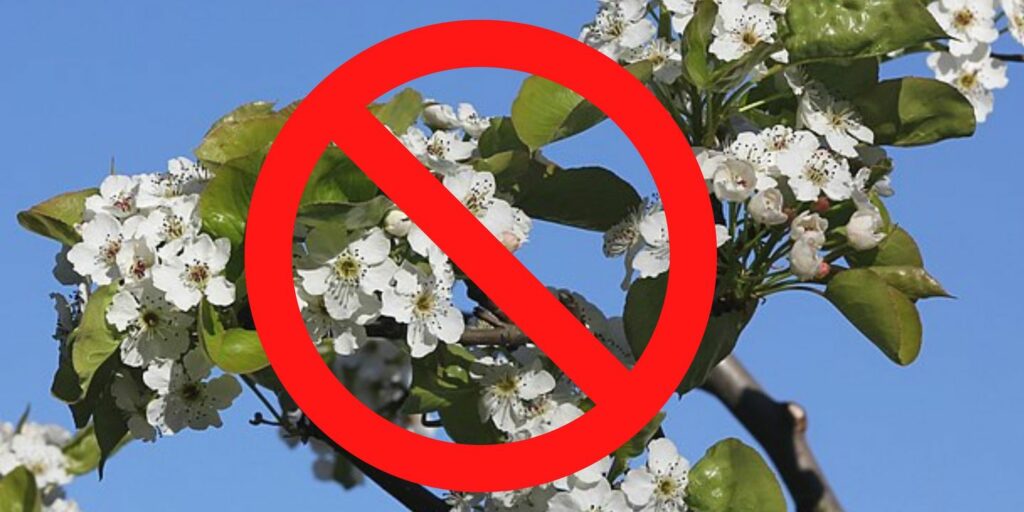 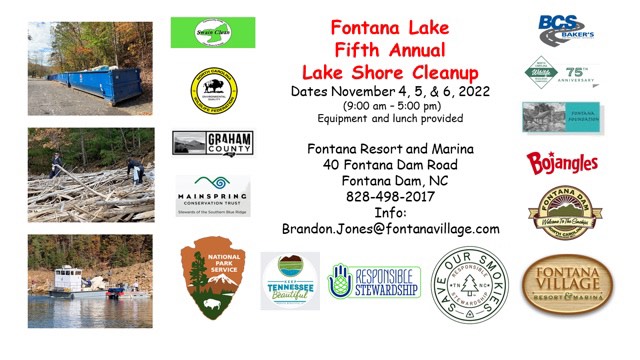 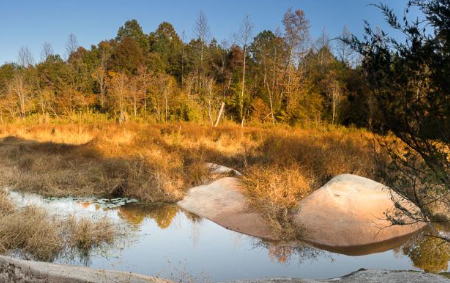 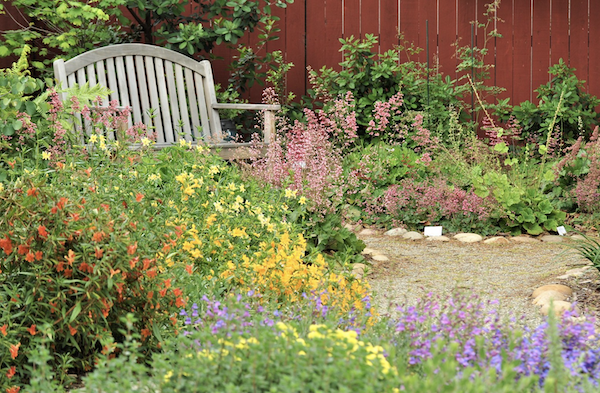 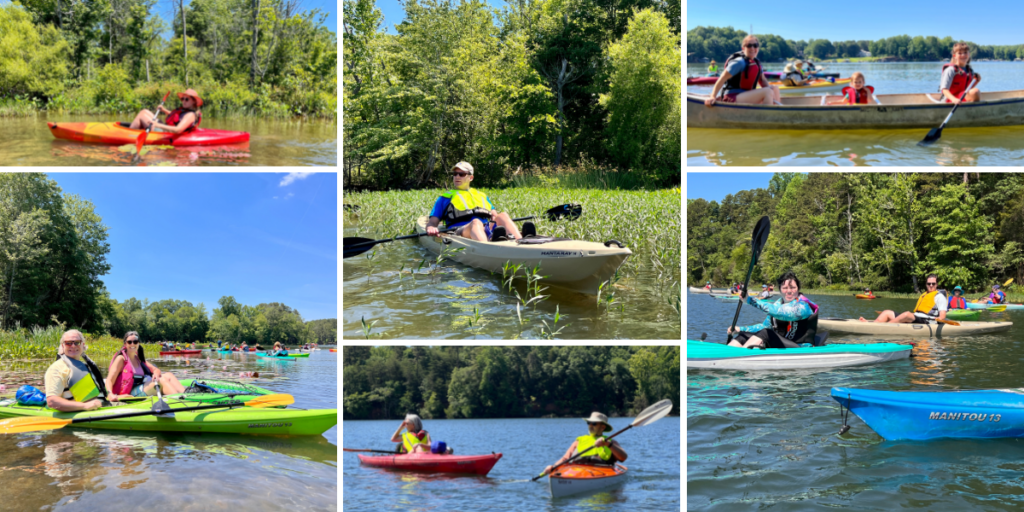 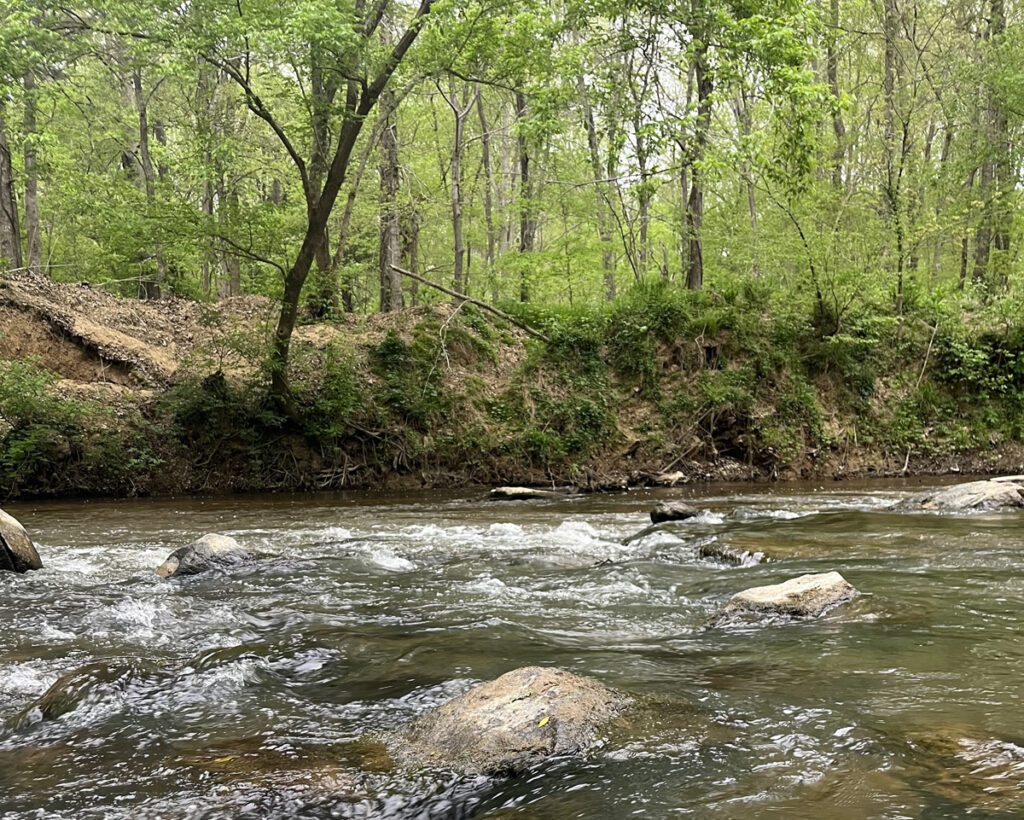 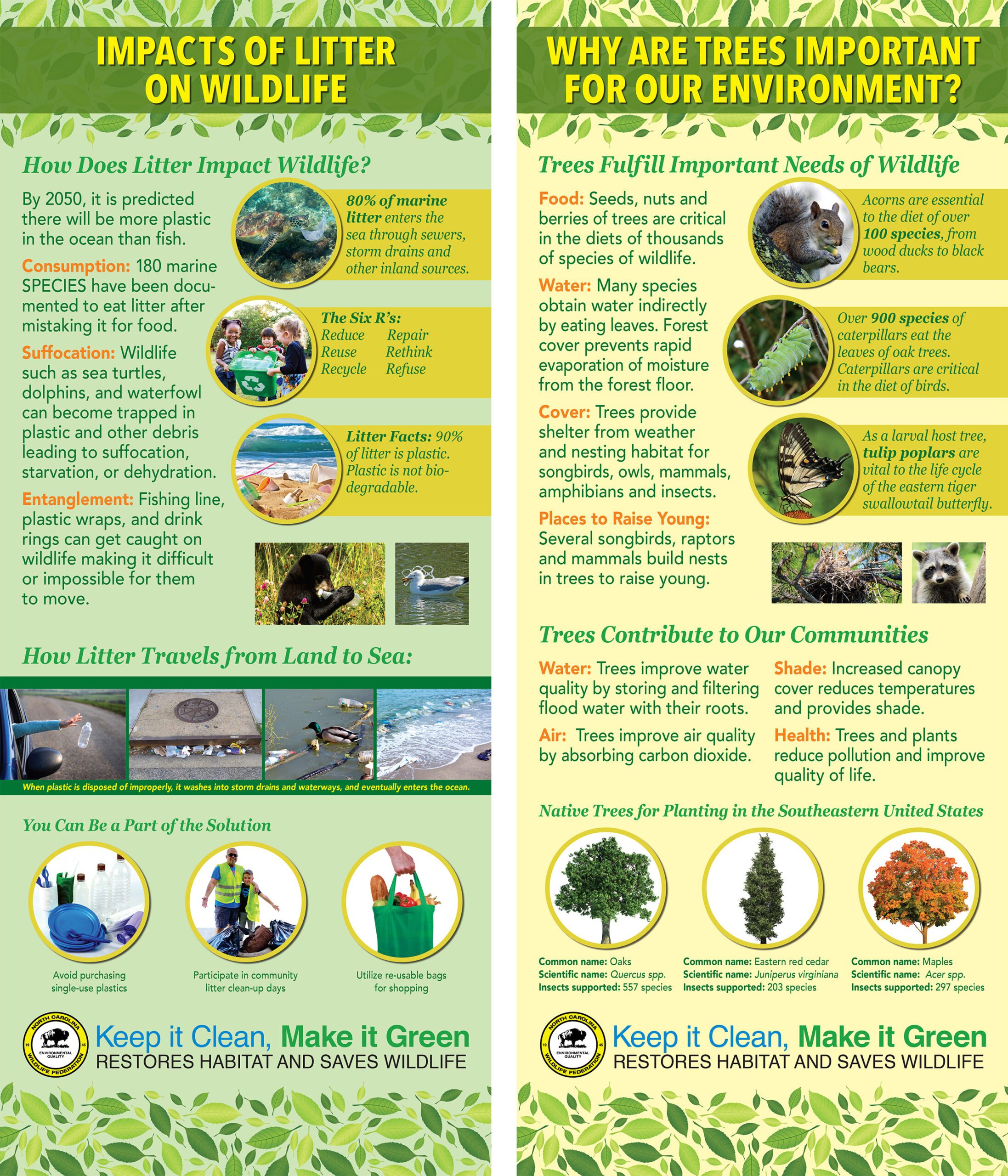 Report your results to add your efforts to our annual cleanup goal.