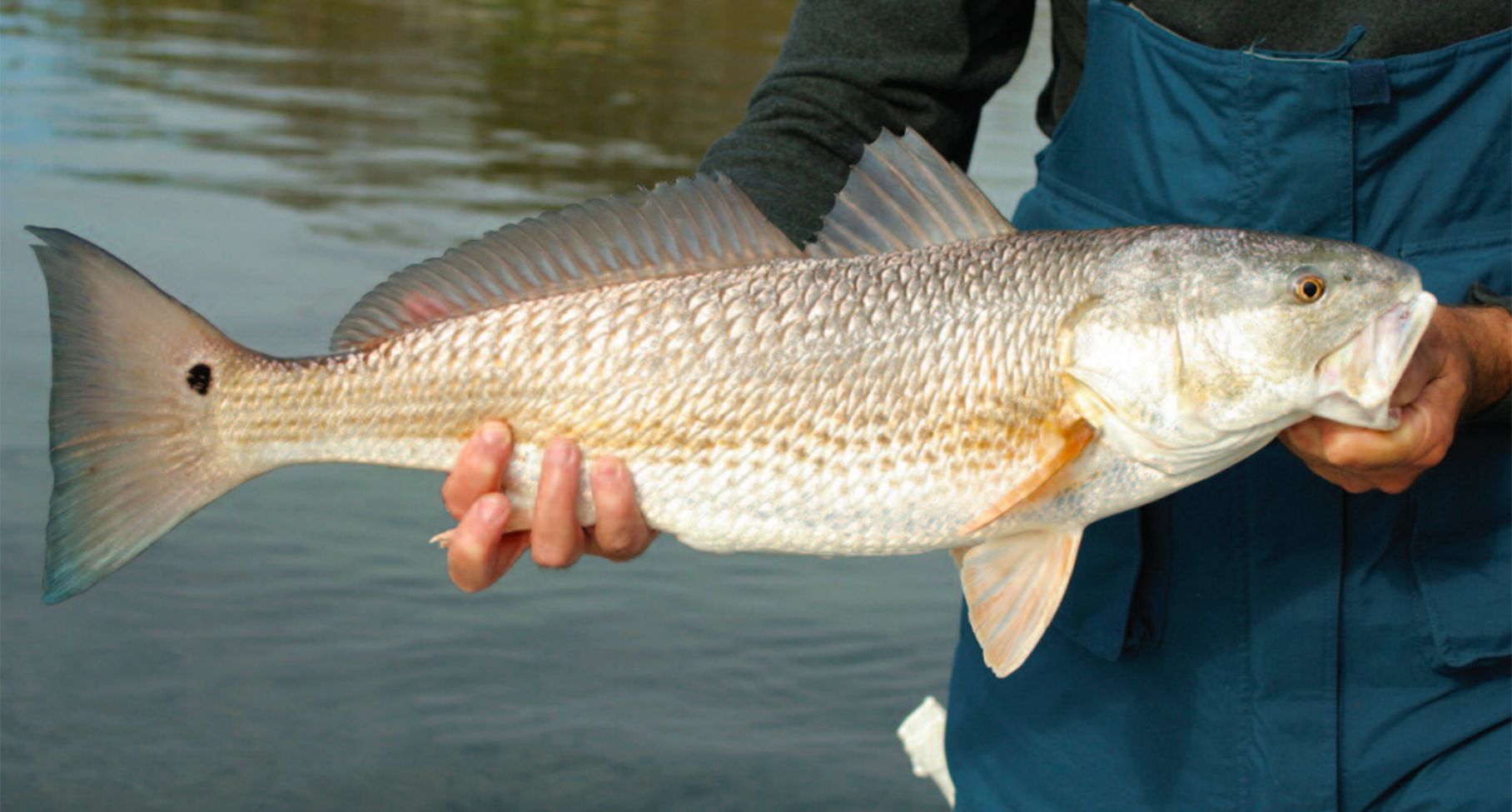 The North Carolina Wildlife Federation has undertaken a critical, years-long initiative to address the challenges, failures, and opportunities of managing North Carolina’s marine resources.
This campaign has involved scores of conversations, and dozens of meetings, to produce a blueprint for the near-term future of the state’s saltwater fisheries and habitats. The campaign is called Sound Solutions, and as the name suggests, it calls for concrete, specific actions that will result in both immediate and long-term conservation of the cultural, recreational, ecological, and economic benefits that a healthy coastal ecosystem will provide.

Here is our plan.

Greater environmental protection of our sounds and estuarine areas

Protection of North Carolina’s sounds and estuaries is the most important action the state can take to preserve and sustain our coastal habitat. The North Carolina coast has been devastated by exploitative development and the resulting pollution and sedimentation of our inshore waters. NCWF has held numerous interviews and conversations with commercial fishermen and other coastal stakeholders, each affirming the urgency of this issue and expressing concern over the loss and deterioration of aquatic habitat. There are numerous non-regulatory actions that the state can take immediately to help protect the aquatic habitat in our sounds and estuaries.

The Department of Environment & Natural Resources (DENR) created the Coastal Habitat Protection Plan (CHPP) after extensive input from stakeholders and experts. The plan provides a roadmap on how to conserve and protect North Carolina’s coastal and estuarine habitats. Recently, the CHPP Advisory Committee met for the first time in three years to determine how to proceed with the Plan. NCWF supports moving forward with the implementation of the CHPP, without delay. It is just the type of comprehensive, inclusive, science-driven plan in which all citizens may actively participate.

The State and the U.S. Army Corps of Engineers (ACOE) must streamline the “Living Shorelines” permit process. This strategy promotes keeping shorelines natural and connected to the aquatic ecosystems. Another effort is the promotion of low impact development, in which storm water is kept on private property, reducing runoff of sediments and other pollutants.

Funding for protection of our valuable and important natural spaces has decreased markedly in the last few years. Within state government, there exist many mechanisms through which natural resource protection could be funded. These include the Clean Water Management Trust Fund, the Parks & Recreation Trust Fund, and the Waterfront Access & Marine Infrastructure Fund. The North Carolina General Assembly must fund these programs at appropriate levels to adequately protect the state’s coastal uplands and wetlands.

By the late 1900s, the ecosystems supporting oyster reefs became polluted by chemicals and sedimentation, which coupled with unsustainable harvest, led to the decimation of the oyster population. Oysters are not only valuable commercially, but play a vital role in water quality maintenance through their tremendous filtration capacity.

The Division of Marine Fisheries (DMF) and other stakeholders are using various tactics to promote the restoration of oyster populations, including placing cultch planting, building reefs, and ensuring greater protection of existing reefs through the creation of a sanctuary system. NCWF supports this work and is committed to partnering on these efforts. Mariculture is a burgeoning industry in North Carolina that needs more attention by state government. There are two bills currently pending before the General Assembly that deal comprehensively with oyster restoration. The General Assembly should pass legislation that promotes these ideas and provide funding to help jumpstart this initiative.

Quotas or Total Allowable Catch systems (TACs) have been instituted in other states, as well as in certain federal fisheries. Quota systems complement all management approaches, especially ecosystem-based models, by giving special attention to certain fish of significance. Scientific analysis and data would inform how a certain ecosystem should be managed as a whole, with individual fisheries management based on the overall status of that ecosystem. TACs would only apply to target species and stocks requiring special attention within an ecosystem.

DMF should select this subset of fisheries for TACs, and require real time electronic harvest reporting in those fisheries. The Division should then maintain an advisory system in which fishermen can formally participate in the establishment and management of the quotas for the relevant fisheries in which they participate. Based on participant input and rigorous data analysis, DMF would institute the specific quotas for the fisheries within the ecosystem.

Protecting nurseries will help ensure that more fish populations survive early development and grow and thrive to stock recruitment. Currently, the nursery area boundaries designated by the North Carolina Marine Fisheries Commission (MFC) are drawn too narrowly to adequately protect important finfish and shellfish species within our sounds and estuaries. For example, the most productive nursery areas for weakfish are excluded from the current nursery area boundaries. MFC should use the best available science to designate critical nursery areas for all commercially and recreationally important fish species.

NCWF believes the current licensing and permitting system should be revamped immediately. Fisheries management is grossly underfunded, and many of the existing fees are inadequate and unsustainable to support management needs. A few egregious examples include the 10-day temporary recreational licenses, certain commercial licenses, such as the non-residence commercial license, and the various free permits. Further, certain licenses, such as the recreational-commercial gear license, should be eliminated, as license holders are using them for unintended purposes. The license fee structure and permit system should be re-examined and brought in line with those of other states, so the licenses and permits can sustain the management and enforcement of the fisheries for which they allow access.

NCWF believes one of the most significant changes that should occur for the protection of resources is increasing the severity and penalties of relevant offenses. A beneficial step would be to make all “resource harming” violations Class 2 misdemeanors for the first offense and Class 1 misdemeanors for repeat violations within a two-year period. Further, there needs to be a statutory minimum penalty for all criminal offenses, as well as expansion of civil penalty authority for DMF. To ensure enforcement is carried out adequately, DMF must have more financial and human resources. Marine patrol has fewer than 60 officers, and is required to cover thousands of miles of coastal water, potentially interacting with over a million commercial and recreational anglers. One immediate step that should be taken is for the Governor to sign the JEA between DMF and the National Marine Fisheries Service, thereby providing hundreds of thousands of federal dollars to equip marine patrol with the resources it requires to do its job effectively.

It has been estimated that for every pound of shrimp harvested in North Carolina sounds, over four pounds of finfish are caught and discarded as bycatch. The amount of bycatch in the North Carolina shrimp fishery is unsustainably high and unacceptable. Many measures have reduced bycatch in other states, including reduced head rope length, shortened trawl time, designated harvest seasons and scientifically proven bycatch reduction devices (BRDs). No other state on the East Coast allows shrimp trawls in its inshore waters, and Gulf Coast states only allow small trawls in their coastal waters. MFC allows combined head ropes as long as 220 feet in most inshore waters. NCWF believes MFC should limit the combined head rope lengths on shrimp trawls to 90 feet for all inshore waters.

The Amendment also calls for the testing of BRDs on shrimp trawls in order to find a device, or a combination of devices, that achieves 40 percent reduction of bycatch in the shrimp fishery. The proclamation and the BRDs testing are crucial to reducing bycatch in our shrimp fishery: MFC adopted no other strategies to reduce bycatch in state waters through the Amendment to the shrimp FMP. DMF must conduct an expedient and comprehensive study on the variation of effective BRDs. Many studies have occurred on this issue nationally, with much data and analysis on hand. Further, DMF has interacted with scientific experts who can advise the process. NCWF urges DMF to make recommendations based on results from the BRD testing so that recommendations may be implemented by the 2017 shrimping season.

The southern flounder stock is in jeopardy in North Carolina, and DMF has expressed its concerns about the grave risk to the stock. Through a Supplement to the FMP, MFC must now decide what percentage of total catch reduction to commit to until the FMP Amendment is approved. NCWF believes the catch must be reduced by at least 40 percent to ensure a viable spawning stock and sustain adequate recruitment for future harvest.

NCWF believes the best way to achieve this is to reduce the use of large mesh gill nets. Gill nets have historically accounted for the majority of the southern flounder harvest in North Carolina. They also catch and kill numerous other fish, marine mammals, sea turtles, and birds that get caught in the nets, resulting in a higher bycatch ratio than pound nets. Because of the extensive use of large mesh gill nets, North Carolina has been required to enter into an Incidental Take Permit (ITP) under the Endangered Species Act (ESA) for the protection of sea turtles and sturgeon. It has taken an immense amount of time and effort by DMF to implement these federal requirements.

Due to the evidence indicating overwhelming resource and financial cost to the State caused by large mesh gill nets, NCWF urges MFC to eliminate the use of unattended large mesh gill nets, and limit yardage for other gill nets (small mesh and runarounds) to 200 yards. In association with this reduction, NCWF supports the concept of the State assisting gill netters in transitioning to other fishing methods. The reduction of gill net use and transition to other methods will not only improve the fisheries overall, but will help sustain the North Carolina commercial fishing industry.