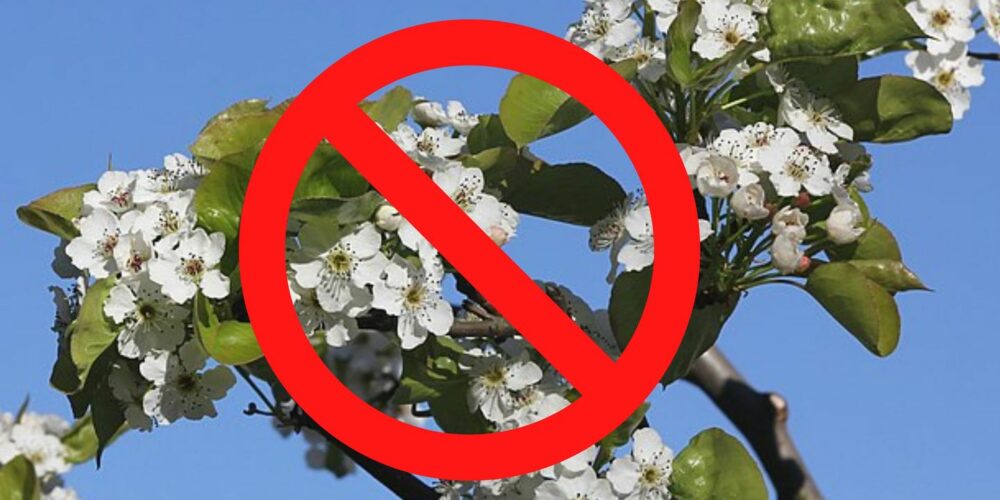 Bradford pears threaten the balance of environmental biodiversity by competing with native grasses, wildflowers, shrubs and young trees, which negatively impacts the wildlife and pollinators that depend on those native plant and tree species.
September 2, 2022

North Carolina residents can remove an invasive Bradford pear tree from their property and exchange it for a free native tree at Bradford Pear Bounty NC events in Matthews on Saturday, Oct. 15, and in Monroe on Saturday, Oct. 22.

Bradford Pear Bounty NC is a partnership between North Carolina Wildlife Federation, N.C. State Extension, N.C. Urban Forest Council and N.C. Forest Service to help control the spread of invasive Bradford pears by removing them from communities and replacing them with native alternatives.

The Oct. 15 exchange will be at the Matthews United Methodist Church, 801 South Trade St. in Matthews. Register at https://bit.ly/3RaDcvI. The Oct. 22 exchange will be at the Union County Agricultural Special Events Center, 3230 Presson Road in Monroe. Register at https://bit.ly/3Q9yPjs. Trees must be picked up between 9-11 a.m. and can’t be shipped or saved for later pickup. Event registration will remain open until all trees have been reserved.

The tree exchange events in October are open to all NC residents but specifically focused on Matthews, Monroe and surrounding areas. More events will be planned in other areas of the state in the next year. Only homeowners can register and receive replacement trees. Tree removal is the homeowner’s responsibility. Carolina Tree Care and Heartwood Tree Services will offer 15-percent Bradford pear tree removal discounts for program participants.

Pre-registered participants must take before-and-after photos of Bradford pear trees they’ve cut down. If the tree was not flowering when cut, an additional photo with a close-up of the leaves or bark is required. Participants must show the images to event organizers, who will provide them a 3-gallon native tree for each (up to two or five depending on event location) they’ve cut down. 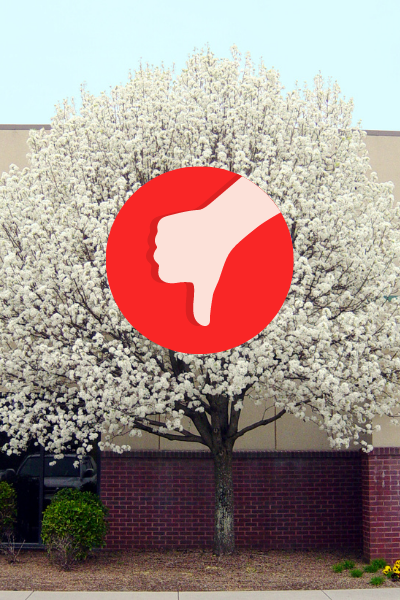 Bradford Pear Bounty NC is a program encouraging North Carolinians to remove invasive Bradford pear trees from their communities and replace them with native alternatives.

Bradford pear (Pyrus calleryana) is a medium-sized, deciduous, invasive tree native to China and Taiwan. For years, urban areas planted them as ornamental trees. Since its introduction, the Bradford pear has escaped cultivation and entered natural areas and disturbed habitats where it spreads rapidly, creating a monoculture and displacing native plants.

The so-called ornamental tree threatens the balance of environmental biodiversity by competing with native grasses, wildflowers, shrubs and young trees, negatively impacting the wildlife and pollinators that depend on those native plant and tree species.

Earlier this year at the state’s first Bradford pear exchange, Triad-area residents cut down 250 Bradford pear trees in their community and replaced them with native ones. “Everyone initially believed Bradford pears wouldn’t spread, but they did – quickly. It wasn’t long before they escaped into our natural forests and began to outcompete native species,” said Tara Moore, NCWF’s director of conservation partnerships.

Leslie Moorman, executive director of NC Urban Forest Council, added, “We were happily overwhelmed with the positive response the program received at the first tree exchange in Greensboro. Residents were eager to give the boot to these meddlesome and foul-smelling invaders, and we look forward to hosting future tree exchange events around the state as funding and logistics permit.”

Bradford pears have waxy, dark green leaves and five-petaled flowers that grow in clusters on the terminal ends of the tree. The flowers have an unpleasant, musky fragrance in spring. Once pollinated, the flowers develop into abundant fruits, contributing to their dispersal. It has weak branches that often break due to high wind, snow or ice, making it a hazardous tree in a landscape and relatively short-lived.

Residents who cut down their Bradford pear should cut as close to the ground as possible and paint the stump with an effective systemic herbicide to kill the root system. Alternatively, homeowners can remove the stump from the ground entirely to help prevent it from re-sprouting.

Moore added, “White fringe (Chionanthus virginicus) or Carolina silverbell (Halesia diptera) are excellent native trees with similar bloom times and colors to the Bradford pear; however, any native trees are encouraged as replacements.”