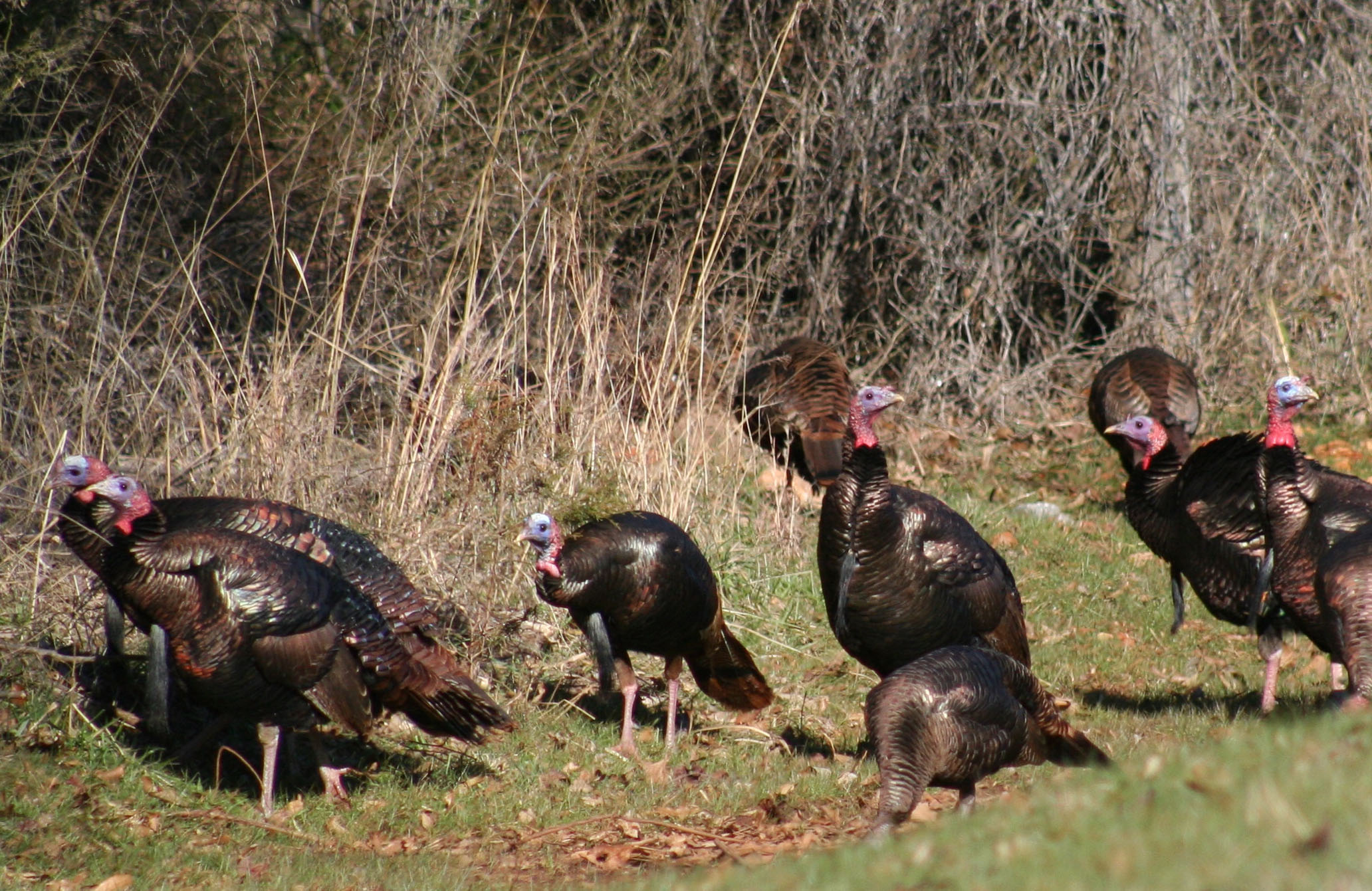 Opportunities to experience natural North Carolina are as diverse as our state’s spectacular landscape. And there’s no shortage of things to do, see and hear this month – from nesting wild turkeys to blooming lupines to calling Pine Barrens treefrogs. Take a look at the April calendar below and explore NCWF’s upcoming events.

Lawn and Garden Month. Join us for a Spring Saunter through Highlands Botanical Garden.

April 7: Muskrat kits are being born.

April 12: Lupines are in bloom in the Coastal Plain and Sandhills.

April 14: Our official state frog—the Pine Barrens treefrog—has begun calling. This uncommon species breeds in bayheads and seeps within the longleaf pine ecosystem in portions of our Sandhills and Coastal Plain.

April 22: Earth Day. Check our calendar for events near you.

April 26: Bobcat kittens are being born. American bullfrogs have begun calling over most of the state.

April 28: Peak bloom for our state flower—flowering dogwood—over much of the state. Yellowbilled cuckoos have returned. Many sunfish species are spawning.

April 29: National Arbor Day. Learn about a new program to remove invasive Bradford pears and replace them with native alternatives.