Wildlife Feature: Evening Bats and Your Role in Bat Conservation 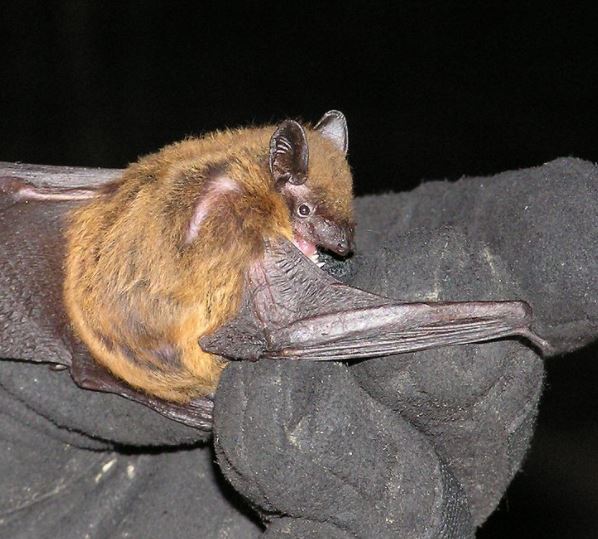 North Carolina is home to 17 species of bats, including the federally-endangered Virginia big-eared bat, Indiana bat and gray bat; and the federally-threatened northern long-eared bat.

More common is the evening bat, Nycticeius humeralis, a small, flying mammal native to the eastern half of North America that loops around the sky at dusk.

Evening bats can be found in forests, parks, cleared sites and some urban areas. These bats form colonies that roost in hollowed trees, buildings, attics or even behind loose bark. They are rarely found in caves.

The evening bat has dark brown fur with black patches on the ears, wings, and tail. They are small bats, about 3-4 inches in length, with a wingspan of 10 to 11 inches. They have fairly good night vision, but echolocation (the use of reflected sound to locate objects) helps them identify prey and avoid obstacles in flight. Their size differentiates them from other bat species, along with their short rounded tragus, a structure inside the ears of bats that helps with echolocation. 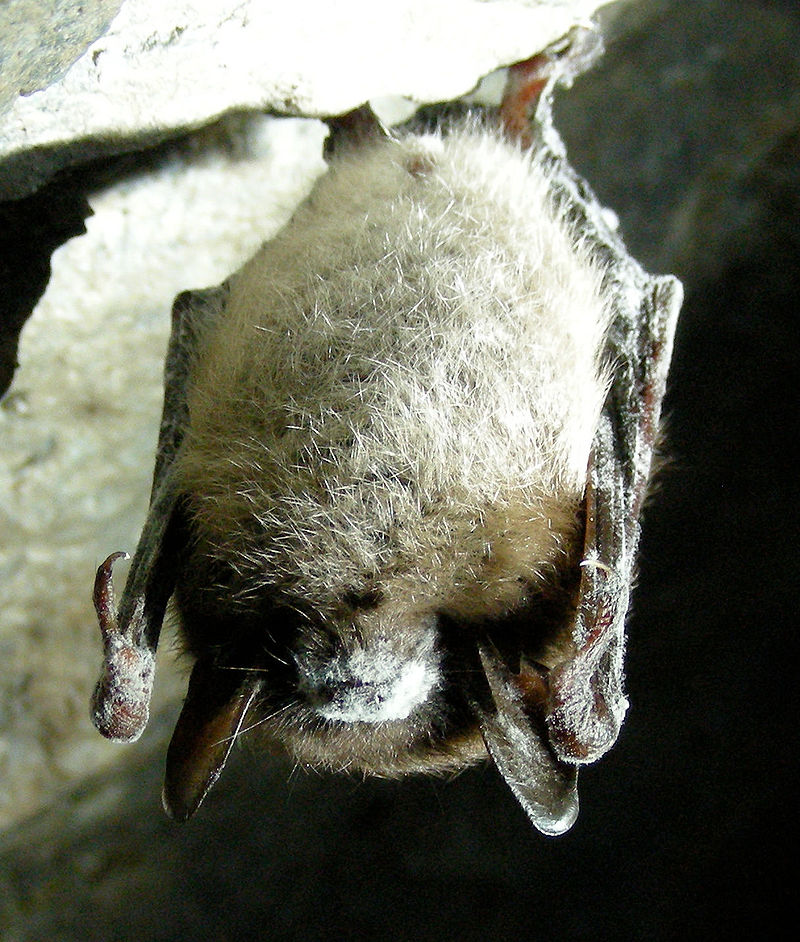 In spring and summer, evening bats will fly through forests, around bodies of water, and other habitats in search of food. Their warm season diet mainly consists of moths, beetles and flying insects. In fact, a colony of 100 evening bats can consume more than 1.25 million insects each season.

Female evening bats give birth to one to three pups in late April to early June. Around this time, the bats form a nursery colony, which is a congregation of evening bats that collectively help raise the young. Most bat pups are weaned within 6-9 weeks and become independent shortly thereafter.  It is particularly important to avoid disturbing roosting areas during pup season.

In the winter, it is believed that these bats will either migrate south to warmer climes and remain active or they will overwinter in hollow trees or bark until spring. If evening bats overwinter in North Carolina, they will find a hibernation area and store up fat during the summer and fall. During hibernation, it is important not to disturb bats so that they do not expend energy.

Habitat Loss and Other Conservation Challenges 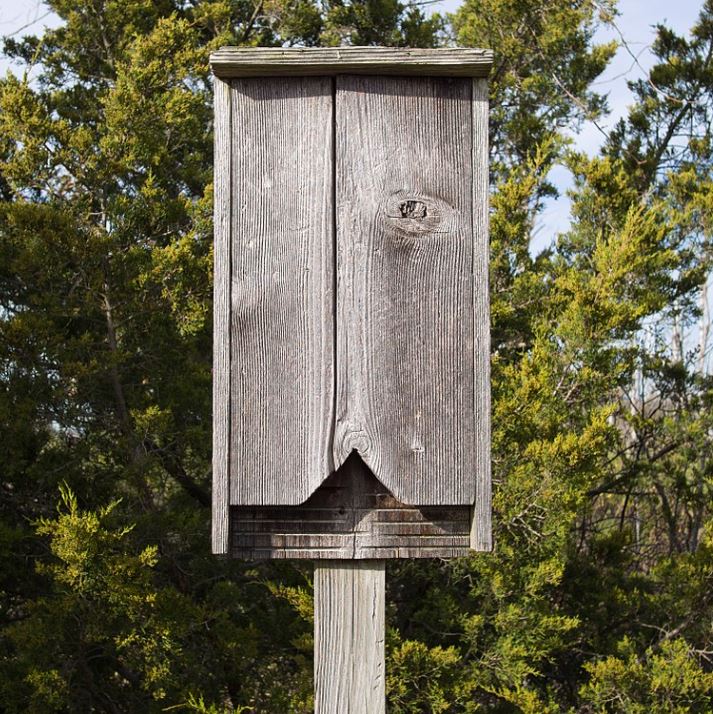 Habitat loss, pesticide use and bat-proof structures all pose threats to the survival of evening bats and other bats. Deforestation and the loss of wetlands limit bats’ access to essential water, food and nesting resources.

White-nose syndrome (WNS) has also impacted bats. This emergent fungal disease that afflicts mainly hibernating bat species has killed millions of bats across the U.S. since it was discovered in 2006. North Carolina’s first confirmed case of WNS was in 2011.  NCWF’s 2018 Natural Resources Scientist of the Year, Dottie Brown, is among those who have dedicated countless hours in the field and the lab researching this disease and its devastating impact on bat colonies.

Protecting Bats During Pup Season and Beyond

As bat pup season approaches (May through July) and the mosquitoes descend we are reminded of the top-notch, free pest control that bats offer.

You can support bats by putting up artificial bat houses on your property, planting native plants and providing water sources. Another way to help is by knowing what to do if you discover a bat family is roosting in your home.

Click here to read NCWRC’s bat-friendly advice for homeowners and what to do before or after bats move in.