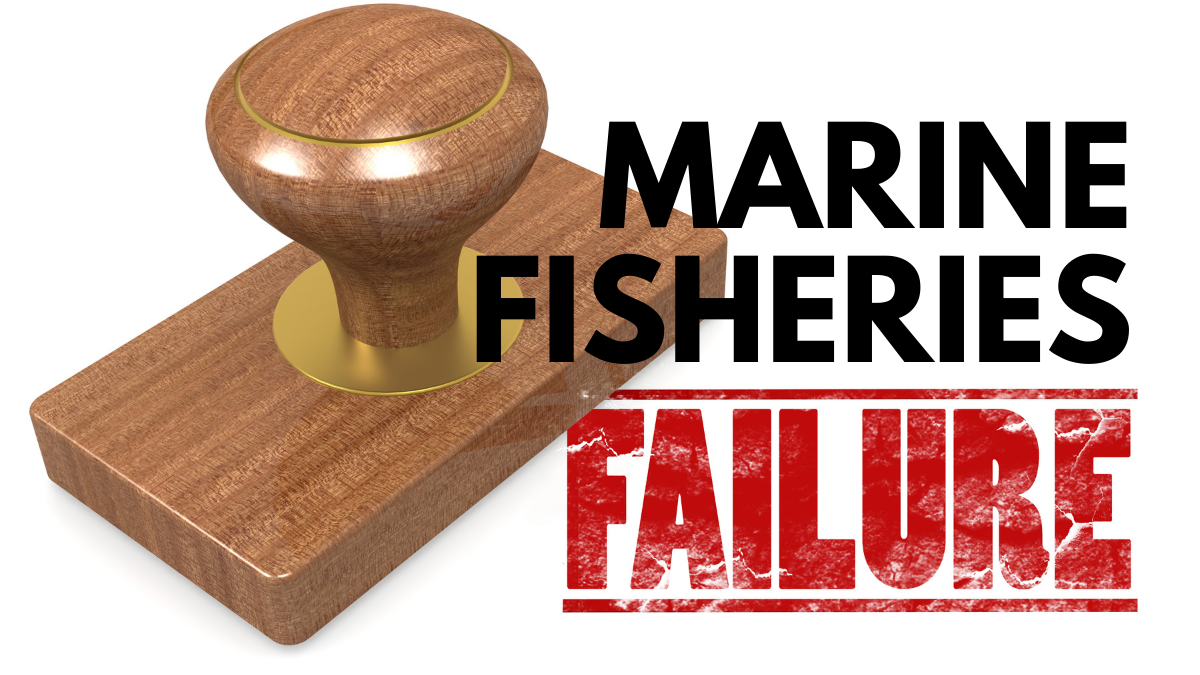 North Carolina is the only state on the Atlantic and Gulf coasts that permits extensive trawling in inshore estuarine waters. There are, on average, over 100,000 trawl tows per season in the sounds.

The North Carolina Wildlife Federation addressed the Shrimp Fishery Management Plan Amendment 2 Decision Document in a letter to the MFC Chairman and Commissioners.

The letter noted the Division of Marine Fisheries (DMF) recommendations only made minor adjustments to the fishery compared to the suite of bycatch reduction and habitat protection options NCWF presented in its rulemaking petitions. In summary, we believe the DMF cannot quantitatively assess any of its own proposed measures and failed to provide any scientific reasoning why the petition actions would not be preferred to accomplish the goals and objectives of the plan.

NCWF pointed out that economics was the primary driver of the Amendment 2 Decision Document rather than resource sustainability and science-based measures. Maintaining the status quo of days fished, gear parameters, times and seasons does not reduce bycatch. The DMF recommendations only delay the mortality of juvenile fishes, crabs and shrimp in the rivers until they reach the open sound.

In testimony offered to the MFC ahead of the votes, NCWF noted the Division of Marine Fisheries’ recommendations in Shrimp Amendment #2 will:

NCWF repeatedly stated our goal to protect the culture and heritage of commercial fishing by protecting the small, local community shrimpers over the large and out-of-state shrimp fleets operating in our estuarine nursery grounds. Our petition, which the DMF and MFC summarily dismissed, developed options to protect the small community shrimpers that are geographically limited to where they can fish. Alternatively, the DMF recommendations disproportionately impact the small shrimp fleet by forcing them into competition with the large ocean vessels in the open sound and subjecting them to potential safety issues.

The DMF Decision Document states, “The goal of bycatch reduction is generally to increase availability of fish to other fisheries.” Yet the DMF recommendation proposes nothing that will quantitatively reduce bycatch and “increase availability,” only delaying bycatch until the juvenile fishes move into the open estuarine nursery areas that will remain at status quo. Of even greater concern is the fundamental lack of any recognition of the critical ecosystem function all of this bycatch could provide if protected.”

Faced with a decision to accept the DMF recommendations, select actions contained in the NCWF petition, or develop a totally different approach, the MFC chose the latter. The MFC rejected the DMF recommendation and developed a suite of measures that delay any substantive action to continue looking at the problem. While the DMF recommendations may have at least protected habitats on the western side of the sound with their proposed closures, the final MFC action did nothing to either protect habitat or reduce bycatch.

The MFC approved Shrimp Amendment 2 now goes to the Secretary of the Department of Environmental Quality for review and submittal to the General Assembly. If approved, devastating juvenile finfish mortalities and severe habitat destruction will continue until a new plan is considered in 2027.

Over the past five years, NCWF has been intensely involved in shrimp trawl management to reduce bycatch and protect essential habitats through two formal petitions for rulemaking. We’ve provided numerous comments and technical suggestions to NC Division of Marine Fisheries and the Marine Fisheries Commission since its original Petition for Rulemaking was submitted to the MFC in November 2016. Read the history and timeline of fishery failures.

North Carolina has the largest and most productive estuarine system of any state on the east coast. Estuarine-dependent species account for more than 90 percent of the state’s commercial fisheries landings and over 60 percent of the recreational harvest. The success and viability of these fisheries require the protection of essential habitat areas on which these species rely for survival.

North Carolina is the only state on the Atlantic and Gulf coasts that permits extensive trawling in inshore estuarine waters. There are, on average, over 100,000 trawl tows per season in the sounds.

Watch this short clip to see bycatch in trawling for shrimp. Note: The ‘bugs’ referenced are shrimp, and there sure seems like a lot of juvenile fish caught, culled, and wasted to find the shrimp. 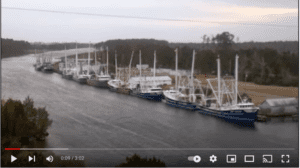 North Carolina’s existing nursery program provides essential protections to larval and early juvenile populations that inhabit shallow, protected habitat areas. Later stage juveniles—those that have not yet reached adulthood and therefore have not spawned—lose protection once they move into the sounds and ocean waters and are exposed to shrimp trawls and other fishing gear.

Shrimp trawl bycatch is the leading source of waste and finfish mortality in the state, and the commercial and recreational fisheries most impacted by shrimp trawl bycatch are collapsing. Based on data from DMF studies, shrimp trawls may catch as much as ten pounds of juvenile finfishes for every pound of shrimp harvested. The highest levels of bycatch in North Carolina occur in the Pamlico Sound, a DMF-documented “hot spot” for important juvenile fishes. 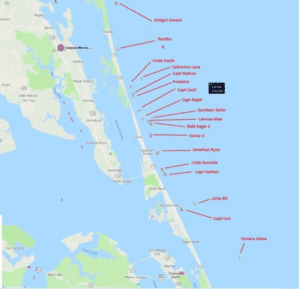 See how large-scale trawlers line up and where they conduct their 100,000 tows per season on average.

North Carolina must simply stop killing a billion juvenile fish each year through the industrialized fishing industry before those fish have a chance to spawn a single time. The question for any opposition is simply: Why would we kill so many fish before they can reproduce? Allowing select fish to spawn at least once simply must not be too much to ask of a state that has been gifted with so much.

Posted in Habitat, News & Press Releases, Our Work
Back to News / Blog