Floundering Marine Fisheries: The saga of southern flounder in NC 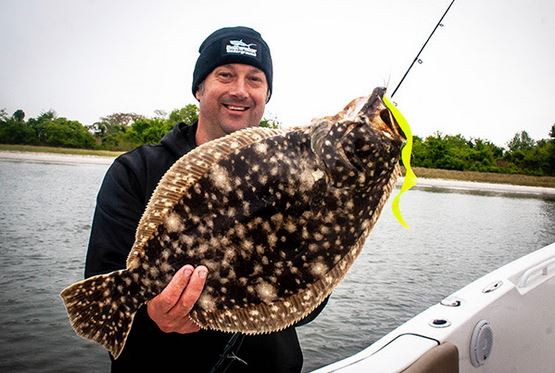 Southern flounder is the most valuable finfish for both commercial and recreational fishing interests in North Carolina.

From 1994 to 2003, commercial landings for southern flounder averaged 3.6 million pounds. During this period, recreational landings accounted for approximately 13% of the total landings for the state. The size limit from 1993-2001 was 13 inches and recreational fishermen had no bag limit.

From 2013 to 2018, southern flounder commercial harvest declined from 2.2 million pounds to 900,000 pounds and recreational harvest declined from 869,223 pounds to 495,289 pounds. A 2019 assessment indicated fishing mortality rates had increased greatly and now required a 72% reduction to rebuild the fishery within the statutory timeline. In retrospect, the assumption that provisions provisions  measures to protect sea turtles would meet the necessary reduction to rebuild the stock was incorrect.

Amendment 2 is the first known effort to effectively reduce harvest in the commercial southern flounder fishery in history.  Previous reductions only included a December closure which only achieved an approximate 5% reduction in harvest.

Conversely, since 2002, the recreational fishery has been constrained from a year-round fishery on 13-inch fish with no limits to a 6-week season on 15-inch fish with 4 as a bag limit. Note: the recreational fishery historically has accounted for only 12% of the total harvest. In 2006, a 17% harvest reduction was projected to meet the requirements to rebuild the stock. In the years since, failed management practices adopted by the Marine Fisheries Commission –  as the result of what appears to be a heavy bias towards protecting the interests of the commercial fishery – now requires a 72% harvest reduction to rebuild the fishery to statute requirements.

These are just the facts regarding the (mis)management of one species over the years. Stay tuned for more…

Posted in Habitat
Back to News / Blog