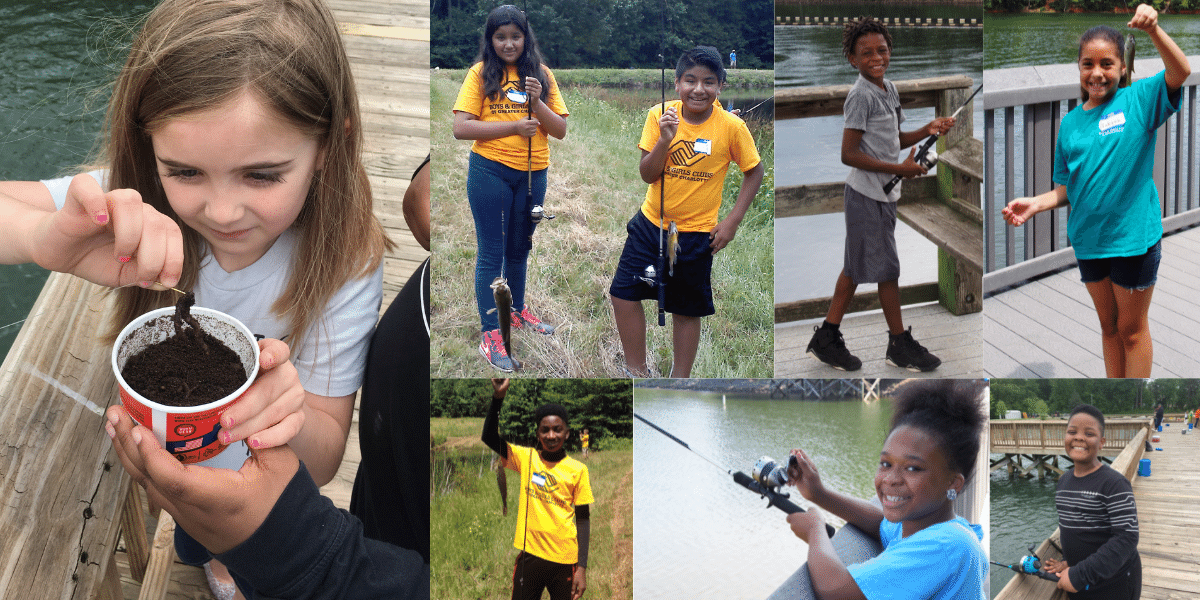 Grab a rod and head outside on July 4 for Free Fishing Day! All North Carolina public waters, including coastal waters, are free to fish on Independence Day.
June 22, 2022

Opportunities to experience natural North Carolina are as diverse as our state’s spectacular landscape. And there’s no shortage of things to do, see and hear this month – from free fishing day to strolling with bears to mating and emerging cicadas. Take a look at the July calendar below and explore NCWF’s upcoming events.

July 4: Grab a rod and head outside for Free Fishing Day! All North Carolina public waters, including coastal waters, are free to fish. This Independence Day activity is sponsored by N.C. Wildlife Resources Commission and authorized by N.C. General Assembly.

July 5: Velvet ants, also known as cow-killers, are mating. These colorful insects are not true ants, but terrestrial wasps. The wingless females have very potent stings, but sting only if handled.

July 6: Eastern cicada killers are mating. These large, impressive wasps are often needlessly feared, especially during their mating aggregations, but they are harmless to humans (although not to cicadas) unless handled.

July 7: Summer runs of white perch make for good fishing on the Chowan River. Fourangle rose gentian is in bloom.

July 8: Bog turtles are nesting in mountain and foothill wetlands. Unlike most turtles, this rare species does not excavate a nest in soil, but conceals its small egg clutch in a moss, grass or sedge tussock.

July 12: American goldfinches are nesting. These familiar, colorful finches depend on mature thistles for food and nesting material, and are thus among our latest nesters, raising just one brood per year.

July 15: Peak flight period for our largest butterfly, the giant swallowtail, in the outer Coastal Plain. Grass cicadas have emerged. These smallest of our cicadas prefer to sit in grass rather than in trees.

July 16: Start your day by taking a stroll through bear territory through NCWF’s Walks on the Wild Side events. World Snake Day—a great day for learning about North Carolina’s 38 species. Watch our Snakes of North Carolina webinar.

July 19: On hot, humid afternoons, watch and listen for the impressive dives and “boom displays” of the common nighthawk.

July 22: Our largest beetle and heaviest insect—the eastern Hercules beetle—is flying. Look for adults of this impressive beetle around lights at night. Pine lilies are blooming.

July 23-31: 11th annual National Moth Week (lasts nine days each year). Get out at night and witness some of our state’s amazing moth diversity by joining us on Aug. 1 for Moth Night with Lenny Lampel.