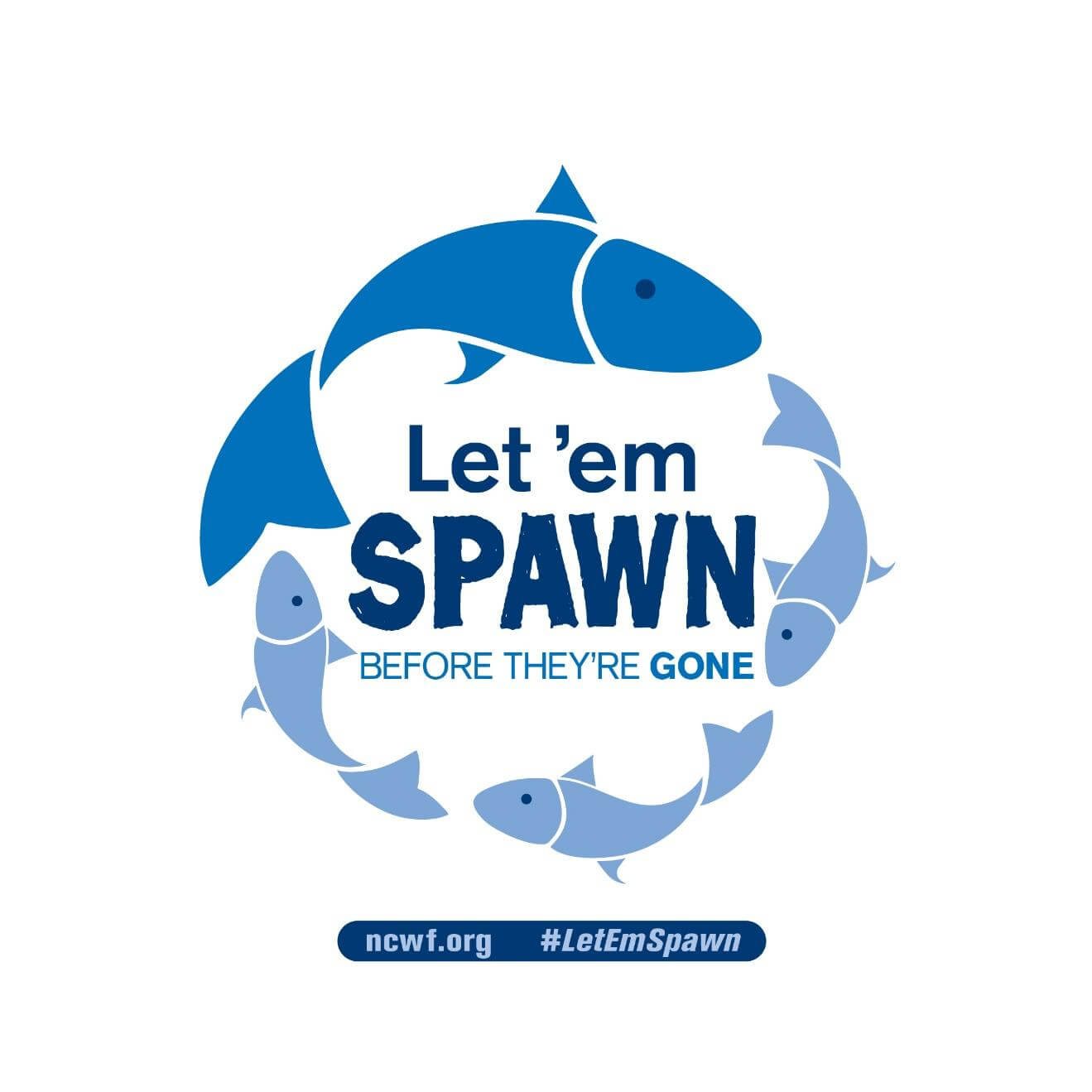 In an historic vote, the North Carolina House passed House Bill 483, otherwise known as Let Them Spawn, in a bipartisan vote of 58 to 47. This is the first time in decades that any marine fisheries policy has moved this far forward in the legislative process. “We applaud the House members who were able to wade through all the noise and see this resource bill for what it is: a remedy founded on the most science-based, culturally sensitive, and economically resilient thinking ever put before the state legislature,” said Tim Gestwicki, CEO of the North Carolina Wildlife Federation. “Fostering reproduction is the most basic tenet of population biology, which is the entire premise of this bill.”

HB483 “Let Them Spawn” offers a straightforward approach to address the current inertia obstructing fisheries management in North Carolina through the application of simple fishing rules that establish minimum size limits or slot limits for several recreational and commercial fish species in critical decline. The bill establishes a minimum size limit for historically significant marine fishery species to ensure that 75 percent of the juvenile fish reaching that size are mature and have the opportunity to spawn at least once. Using the 75 percent maturity threshold for minimum size limits will guide the process of fishery management plan development.

The Federation points out that the basis of the bill is focused on enhancing the fishery resource and is not a rehash of the typical recreational versus commercial fishing battles that have derailed earlier efforts to address North Carolina’s declining marine fish populations. Manley Fuller, vice president of conservation policy for the Federation, underscores the biological focus of the bill.

“This bill is all about resource conservation,” he said. “The species selected for H483 were based on scientific analysis that indicates these species are in trouble and are experiencing some or all of the following: declining biomass, declining landings, reduced age structure, or declining indexes of abundance. Whether these species are tasty, valuable, or used as bait is not a resource issue and was not considered. The recreational versus commercial battles over the decades has gotten us nowhere, so the approach is resource-focused. These species are important not only to the commercial and recreational harvest sector, but to the ecosystem as a whole.”

Severe declines in landings and other measures of stock health demand immediate action. In the past two 2 decades, commercial landings have plummeted for many species such as Atlantic croaker (85 percent decline), kingfishes (54 percent decline), striped mullet (47 percent decline), and spot (reduced by a staggering 94 percent). The other 2 species contained in the bill, southern flounder and bluefish, have seen landings decline by 88 percent and 78 percent, respectively, since 1997. During 1997, total commercial landings for the 6 species contained in H483 were 24.7 million pounds compared to 5.2 million pounds in 2018, which is a decline of 79 percent.

“As with all fisheries-related bills over the years, the water has been muddied by special interests wishing for the status quo to remain,” said Gestwicki. “We are disappointed with the state agencies’ opposition and misrepresentation of the bill’s intention and potential to accomplish meaningful improvement, especially given their charge to manage these public trust resources for all.” The Federation has posted a fact sheet to help clarify what the bill does and does not do. The fact sheet is available here: HB483 Let Them Spawn Facts

North Carolina boasts two million acres of estuary—the rich, fertile nursery grounds required by so many fish and shellfish species—more than any other state in the Lower 48 other than Louisiana. “Allowing select fish to spawn at least once simply cannot be too much to ask of a state that has been gifted with so much,” said Gestwicki.

The Federation notes that, historically, management of marine fisheries has been largely considered a coastal issue. However, North Carolina’s saltwater resources are not the sole province of the 20 coastal counties, but the birthright of the residents of all 100 counties. The bedrock policy to ensure that fish stocks have the opportunity to spawn at least once will significantly – and quickly – add to the populations of declining and collapsing fish stocks. A healthy spawning class of adult fishes will increase yield and subsequent resiliency and growth of the fishery to the benefit of all user groups.

The bill now moves to the North Carolina Senate. Members of the media may read the bill language here: https://www.ncleg.gov/BillLookup/2019/HB483