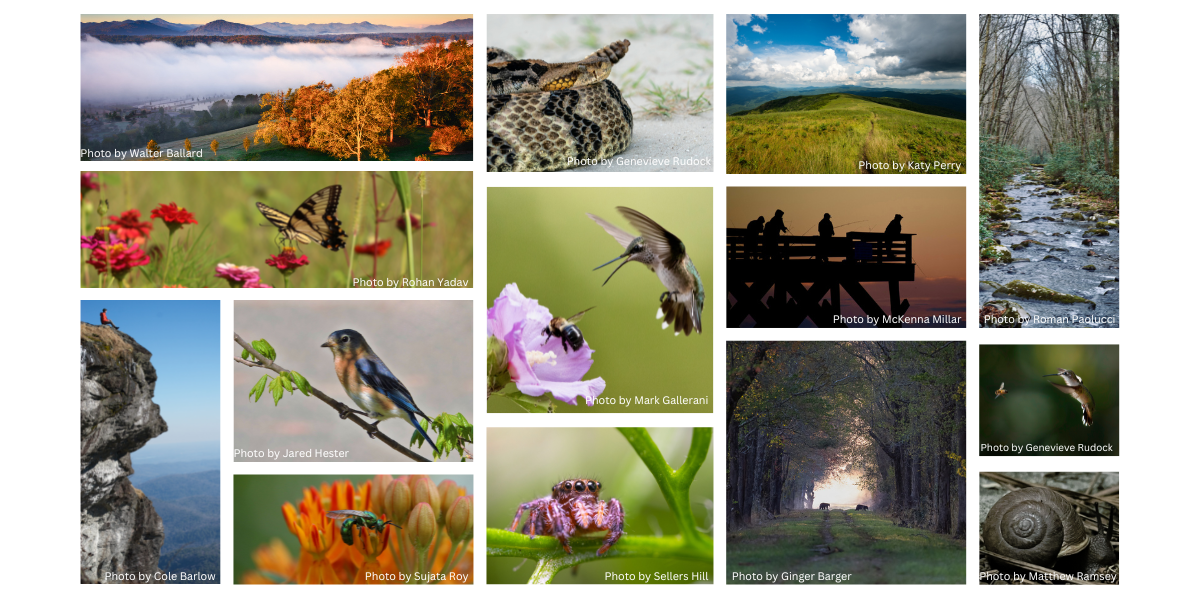 We received more than 1,000 submissions from professional, amateur and youth photographers highlighting North Carolina’s nature, wildlife and recreational opportunities – from the coast to the mountains. Categories included Carolina Critters, People in Nature, Scenes of North Carolina and Pollinators & Insects.

“The photo contest judges were blown away by all of the incredible entries we received this year that depict our state’s beautiful natural resources and how we enjoy them,” said Tara Moore, director of conservation partnerships. “Thank you so much to the photographers across the state who beautifully captured and documented North Carolina’s bountiful natural resources and helped raise more than $2,700 to support wildlife habitat conservation and restoration in our state.” 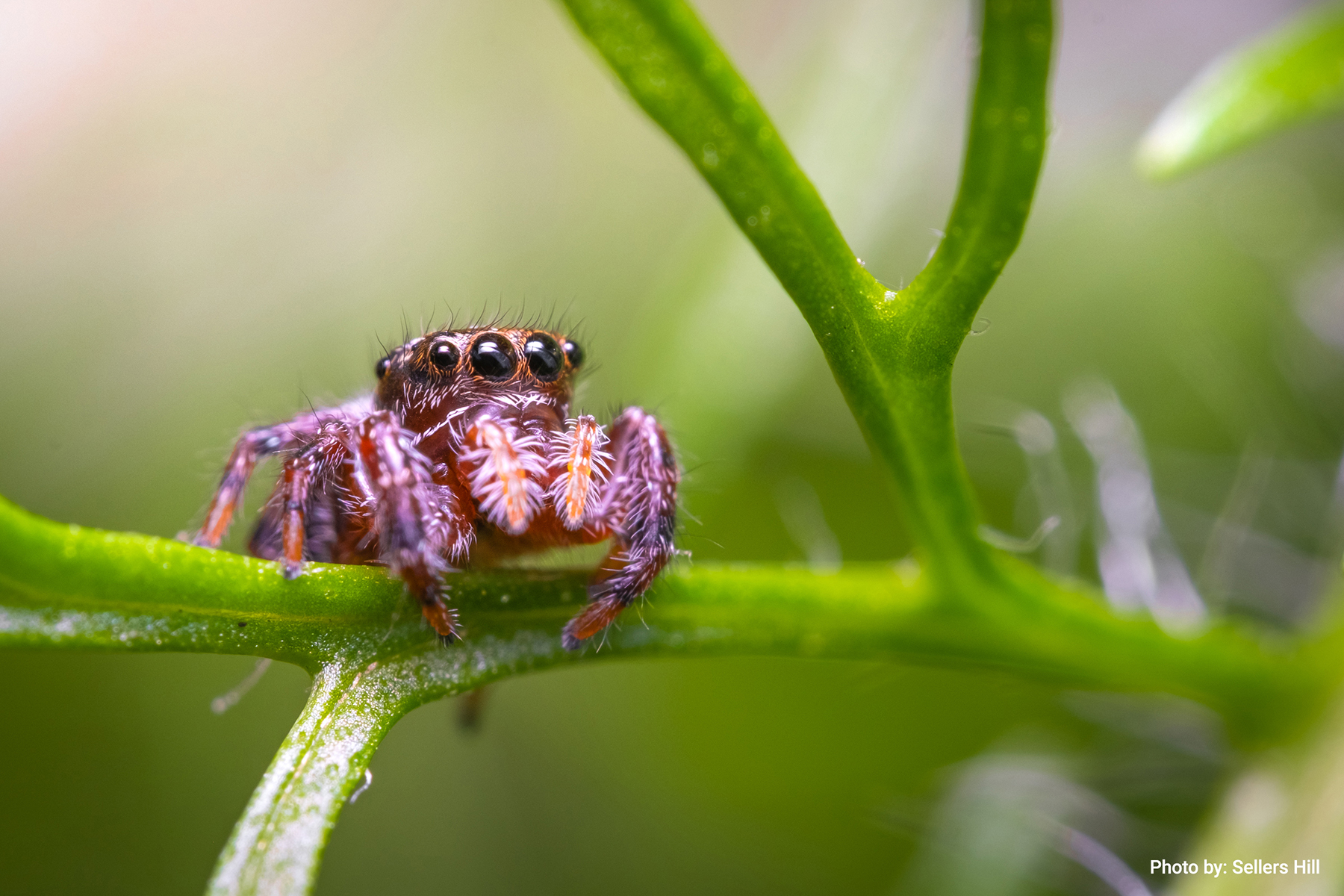 Critters Amateur: Sellers Hill (Wilmington). “Stuck at home during the pandemic, I developed an interest in the wildlife living in my neighborhood, especially the little jumping spiders! Crouching in an overgrown field, I found this colorful young specimen (about 8mm long) and managed to grab focus as he explored a sapling. I’m currently a sophomore in college studying organismic biology — in part because of my spider photography adventures.” Critters Professional: Genevieve Rudock (Bostic) “The thing that was most impressive to me about this eastern timber rattler was that despite their venom, their reputation and peoples’ fear of snakes all this critter wanted to do was get away from me, not harm me, just get away.” 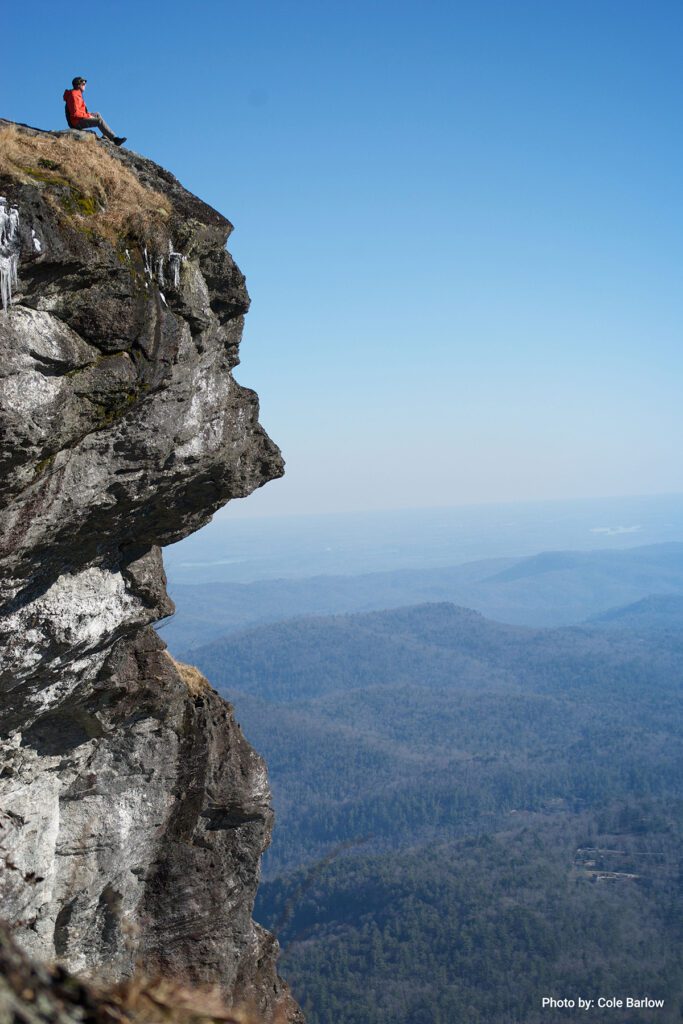 People Amateur: Cole Barlow (Elizabeth City) “The photo was taken of another hiker along Whiteside Mountain in Jackson County, NC. As I was enjoying the view of the mountains, the hiker soon arrived in the frame and ventured out to the edge. He began to leave after standing there only briefly with his friend. The idea for a photograph revealed itself almost instantly. I shouted over, asking him if he would mind if I took his photo. He misunderstood me and actually thought I told him to “get out of my shot!” and walked out of the frame. Quickly, I told him again, only louder this time and he happily obliged. The moment was an example of finding decent people along the trails of North Carolina. He could have refused, which would have been upsetting, but he thankfully was welcoming. That would be my main takeaway from the experience was this complete stranger helping me create (what I would consider to be) a cool photograph for both of us. Sadly, his contact information, name and number never came up in conversation and I only know him through his Instagram because that’s where I sent this photograph of him.” Critters Youth: Matthew Ramsey (Chapel Hill), age 14. “This photo was taken at dusk one summer evening in Chapel Hill. It took a while to capture because when I first noticed him and started setting up for the picture, I accidentally stepped on some pine straw that he was on which scared him into his shell. He reappeared about 20 minutes later and I was able to get the close-up. It was worth the wait, as I was happy with the lighting.” 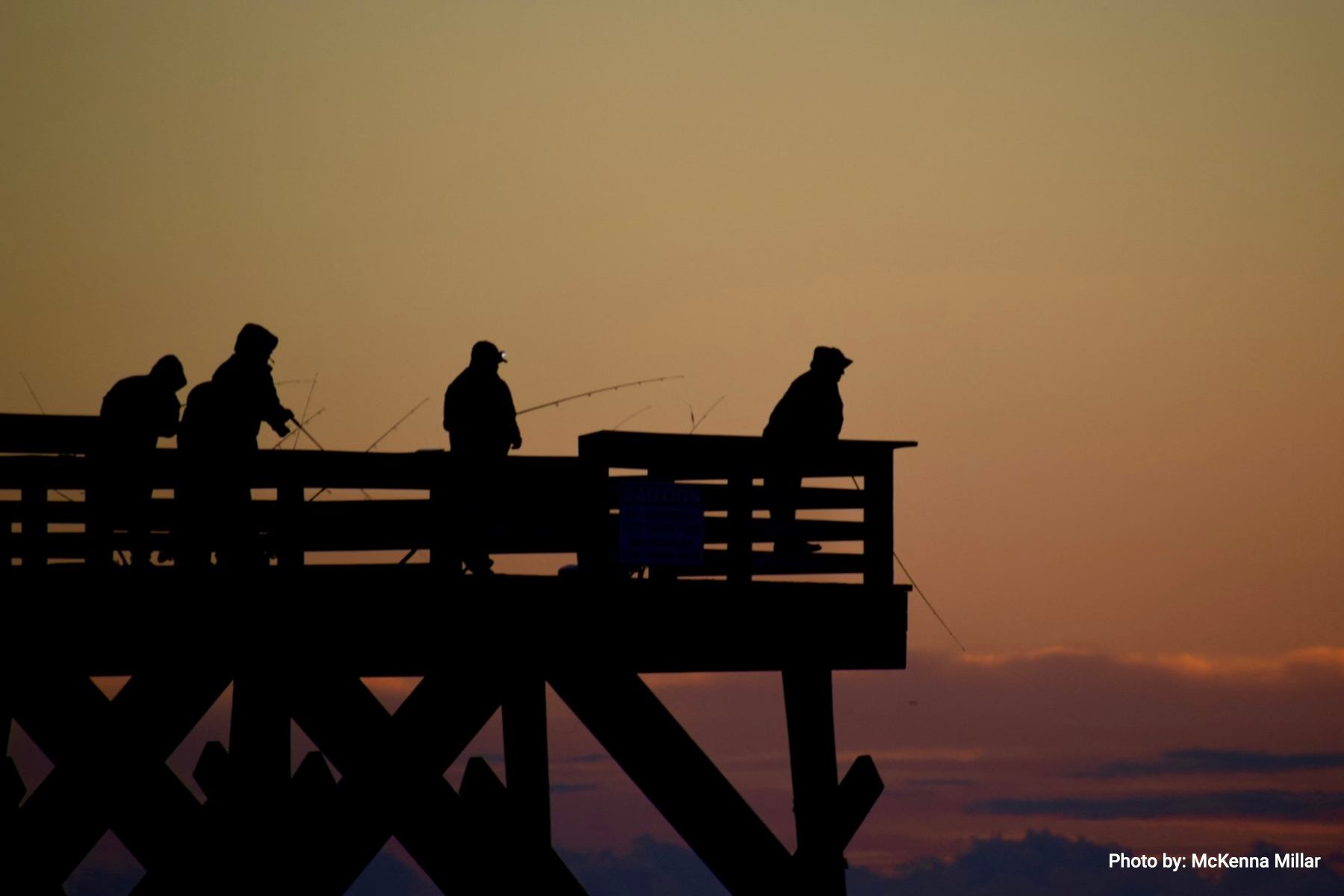 People Youth: McKenna Millar (Hampstead), age 16. “I took this picture this past November, the interesting thing about it is, it’s not a picture I would usually take. On this morning, I was actually going to the beach to take pictures of the surfers. The fishermen aren’t typically subjects of photography since there are many more active things on the beach, especially early in the morning. But the pier caught my eye that morning and I find it really cool how I was able to capture a timeless activity such as fishing.” 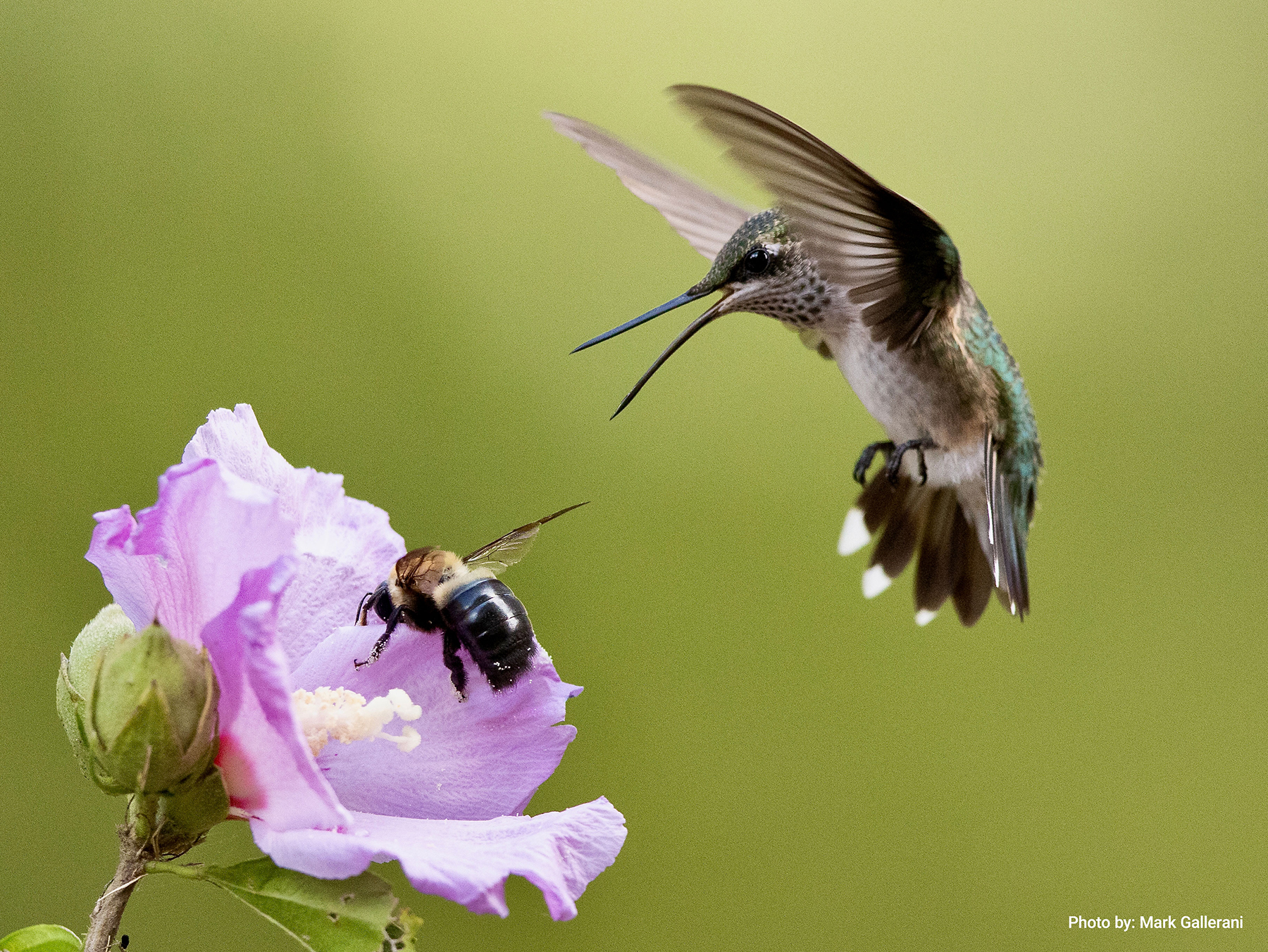 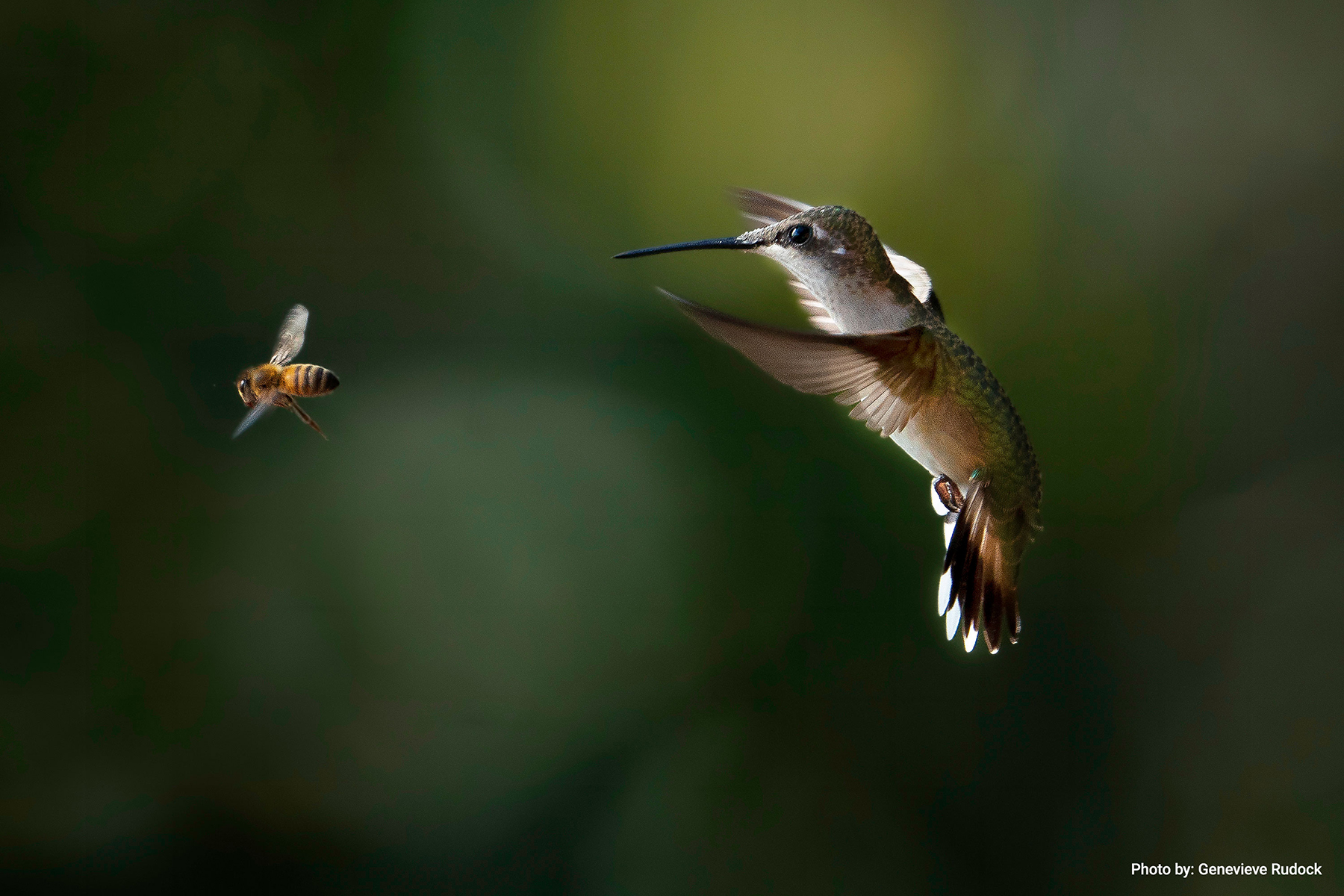 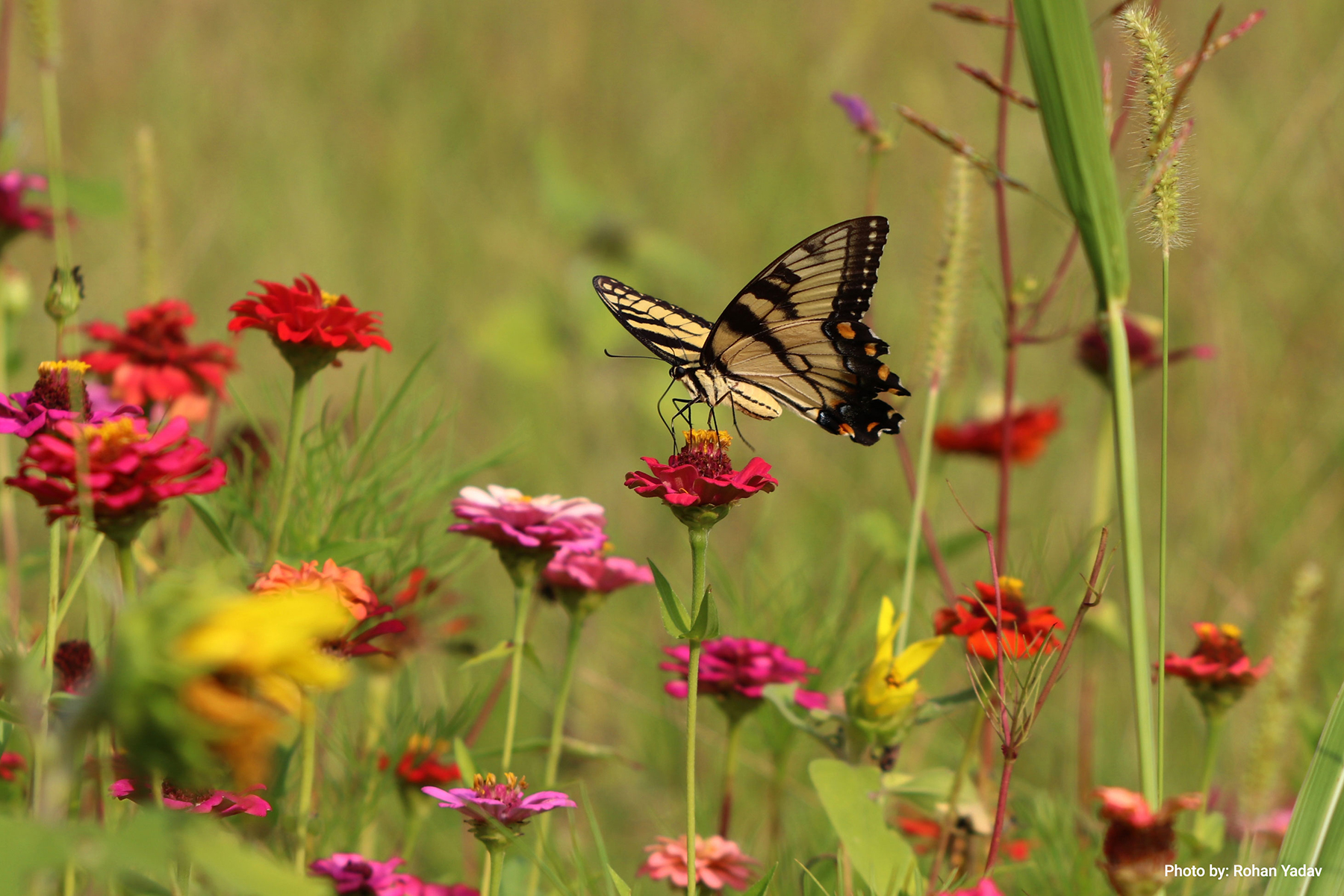 Pollinators Youth: Rohan Yadav (Morrisville) “I was at the wildflower grounds at the Museum of Art in Raleigh when I spotted this swallowtail butterfly sitting in the wildflowers. The bright sunlight really exposed the colors of the prairie and the butterfly.” 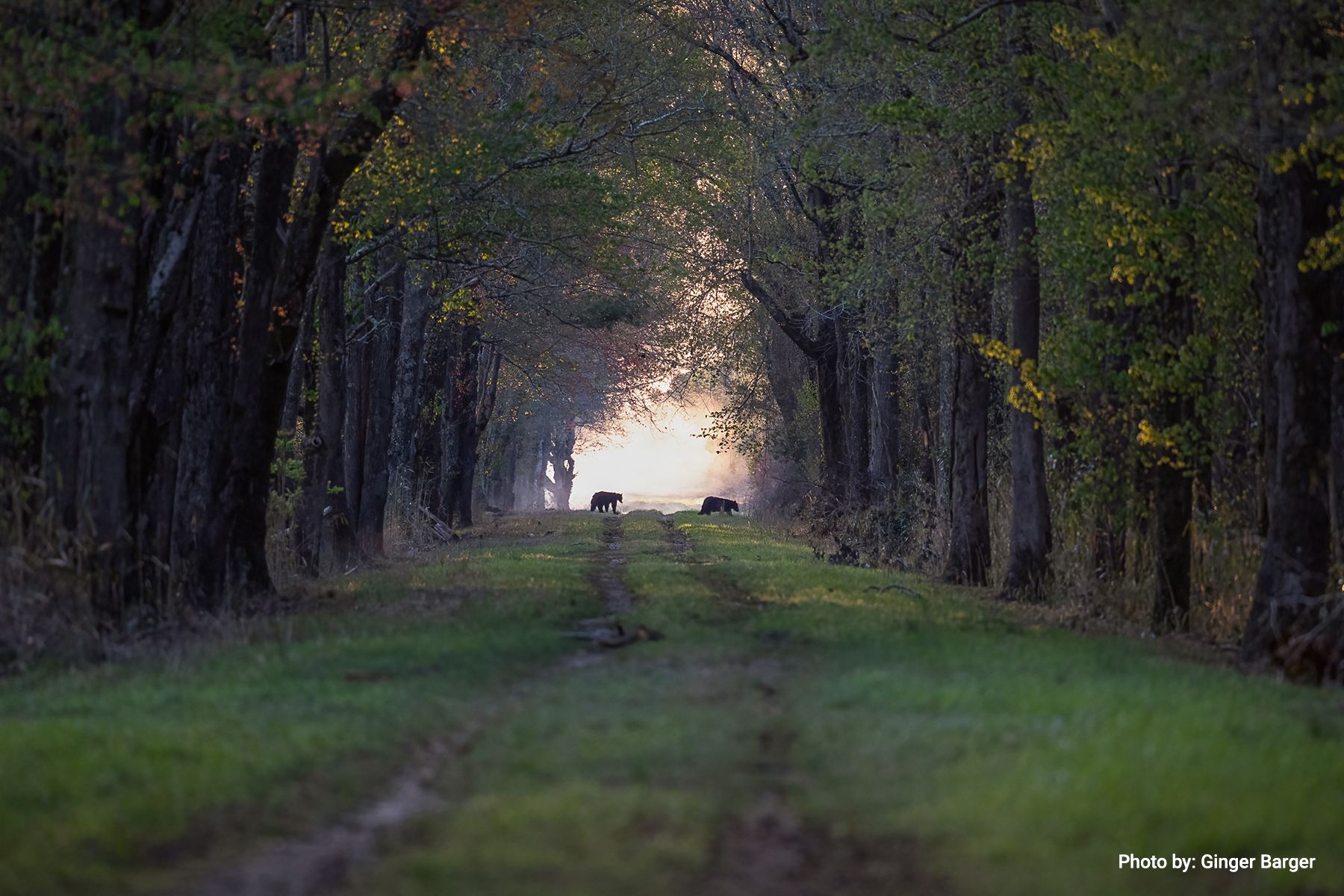 Scenes Amateur: Ginger Barger (High Point) “One early spring morning in Eastern NC, I was walking through this beautiful tunnel of trees, hoping to see black bears crossing through the canals at the end. All of a sudden, these two bears appeared, so I stopped and waited for them to get to the middle of the tunnel and took this photo. It’s one of my all-time favorite photos, as it shows the magical beauty of this forest in the early morning light as the bears walk through in the distance.” 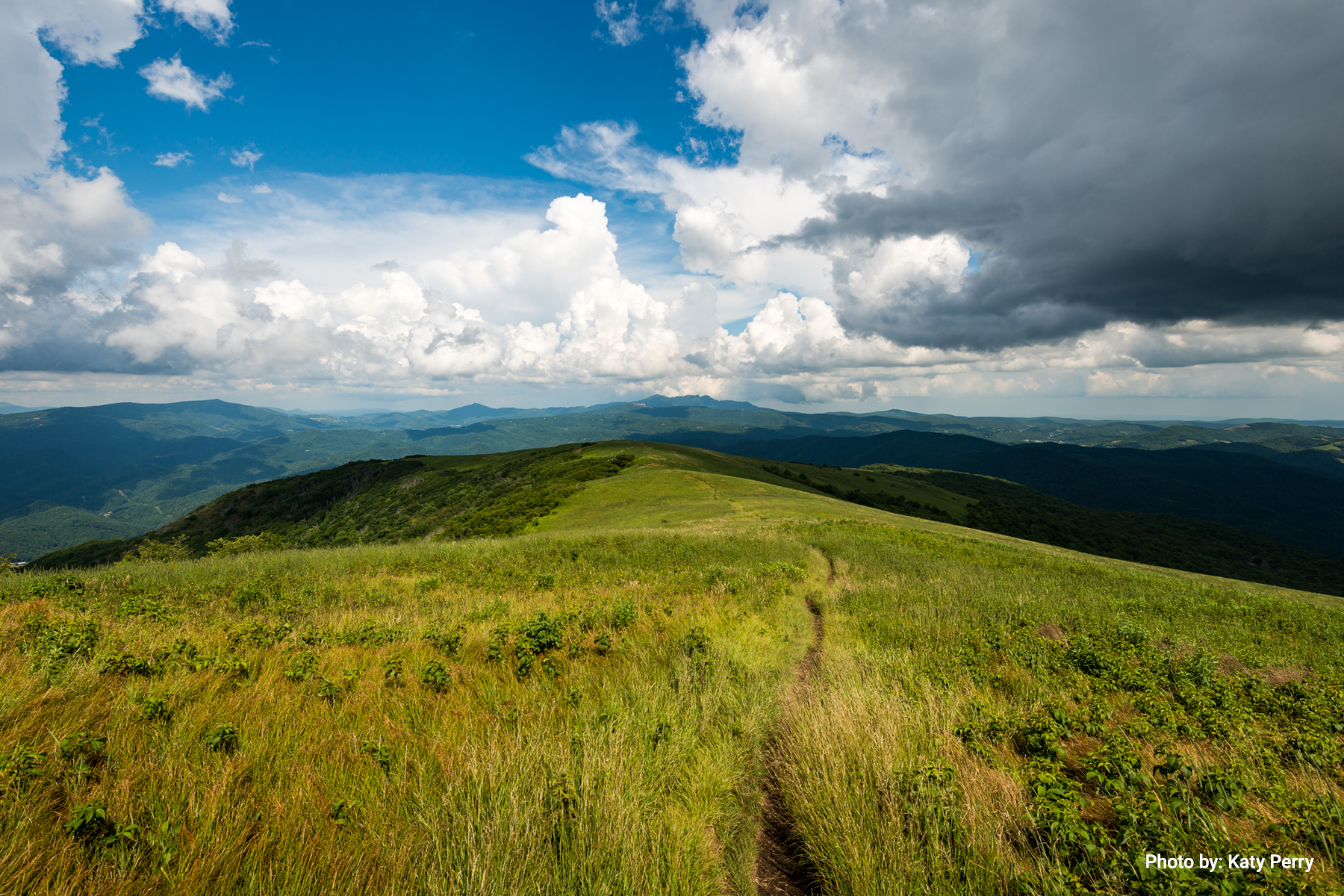 Scenes Professional: Katy Perry (Troutman), Hump Mountain, near Elk Park. “I’d been taking short trips exploring the trails of the western part of the state around the Appalachian Trail (a lifelong goal of mine) with my dog during the summer. I’d recently hiked sections that included the Roan Highlands, Yellow Mountain and Little Hump Mountain; next on the list was a section that included Hump Mountain. Once I got to the higher elevations, the views were absolutely incredible. It honestly felt like you could see forever. While I was hiking along the balds, a huge summer thunderstorm started to build up on one side of the mountain. It was so interesting to see this complete split right down the mountain: one side was sunny, blue skies, puffy clouds, one side was dark, totally in shadow, and covered with huge gray storm clouds. It was such a cool experience to walk along while this storm was building and see the changes happening literally minute by minute all around me. Luckily I had all my rain gear with me and my dog and I made it into shelter before we got soaked, but the views were totally worth it!” 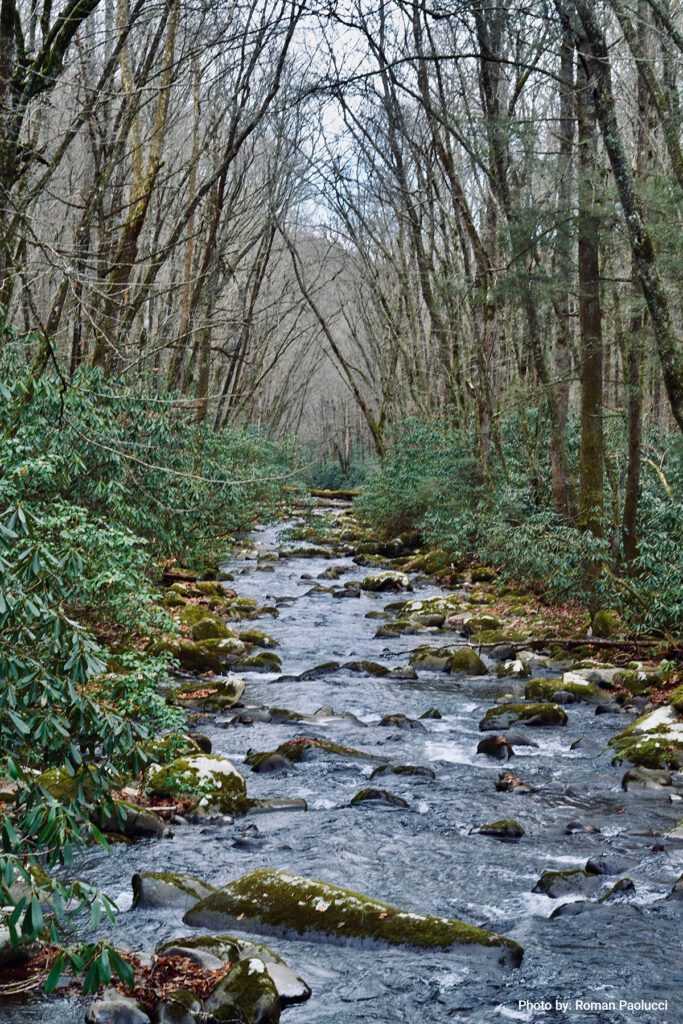 Scenes Youth: Roman Paolucci (Winston Salem), age 12. “I took the picture when on a (Great Smoky National Park) trip with my parents last December in Cherokee NC. I like the way the trees framed the river.” 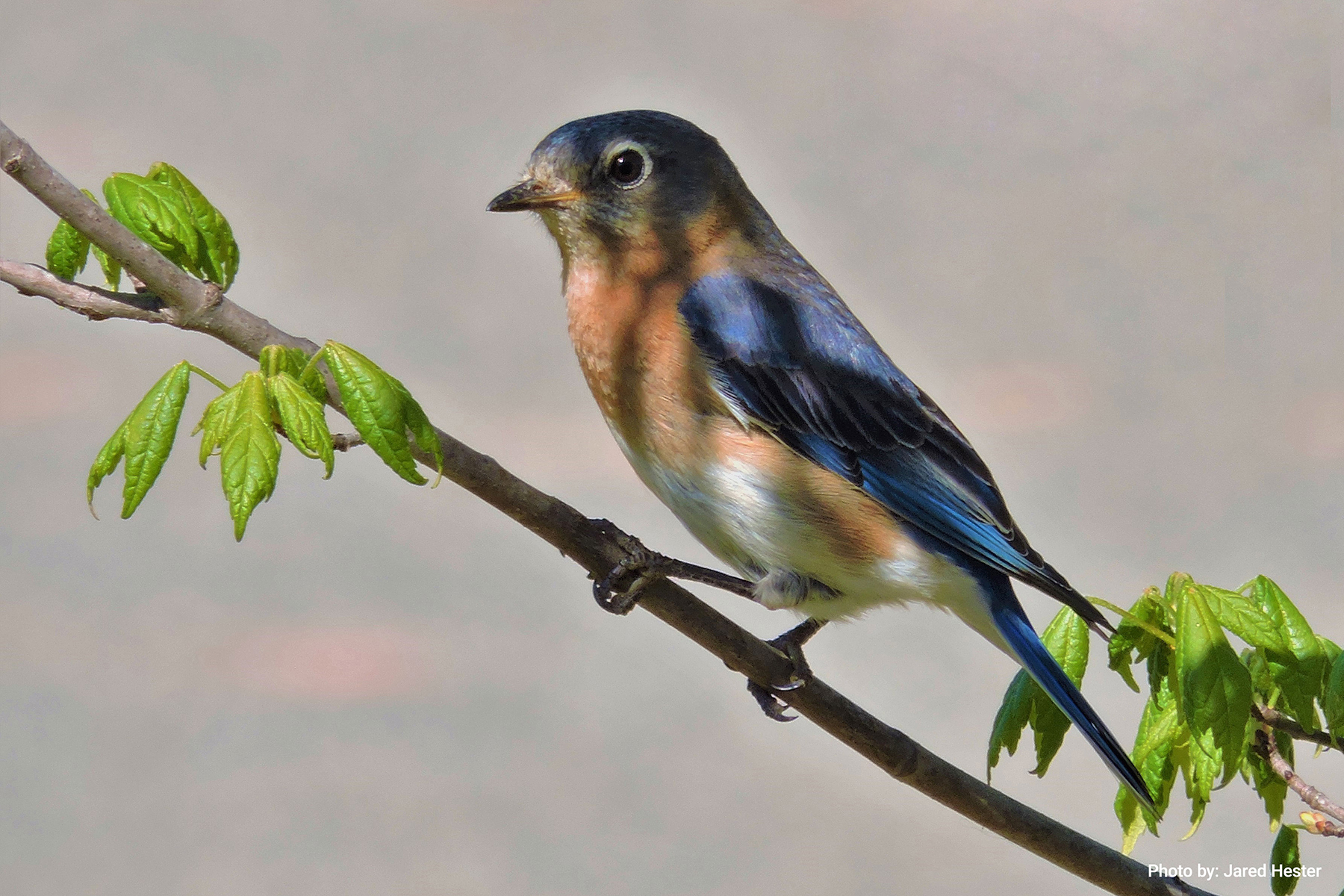 Critters Honorable Mention: Jared Hester (Greensboro) “This was one clear spring day in Greensboro. I love capturing animals in their natural habitat. This Eastern bluebird was kind enough to stand still long enough for me to get a few good shots.” 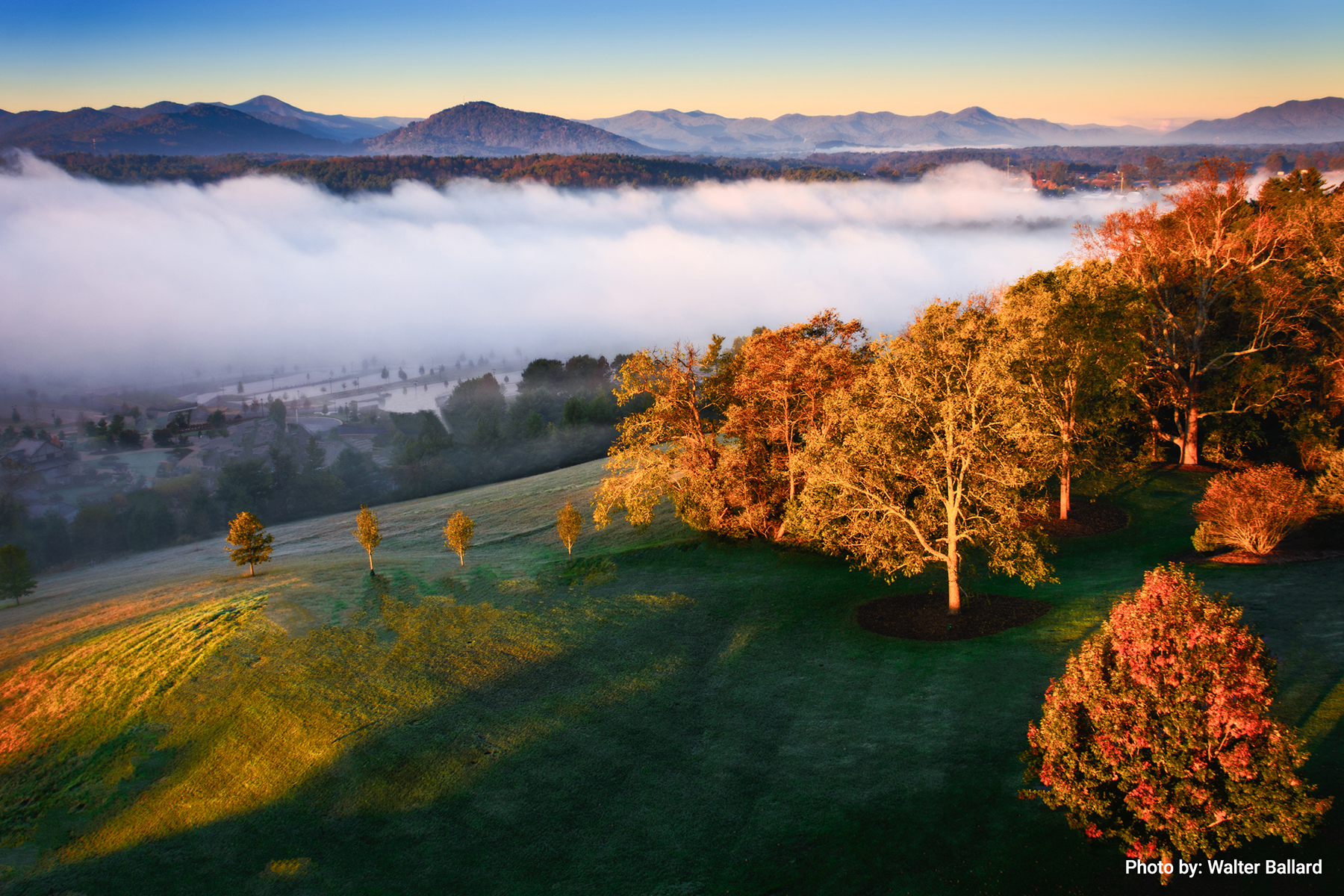 Scenes Honorable Mention: Walter Ballard (Cary) “The photo was taken from the room that my wife and I were staying in at the Biltmore Estate Inn in Asheville before the Biltmore Hotel complex was built. I got up that morning and looked out the window, grabbed my camera and took the shot.” 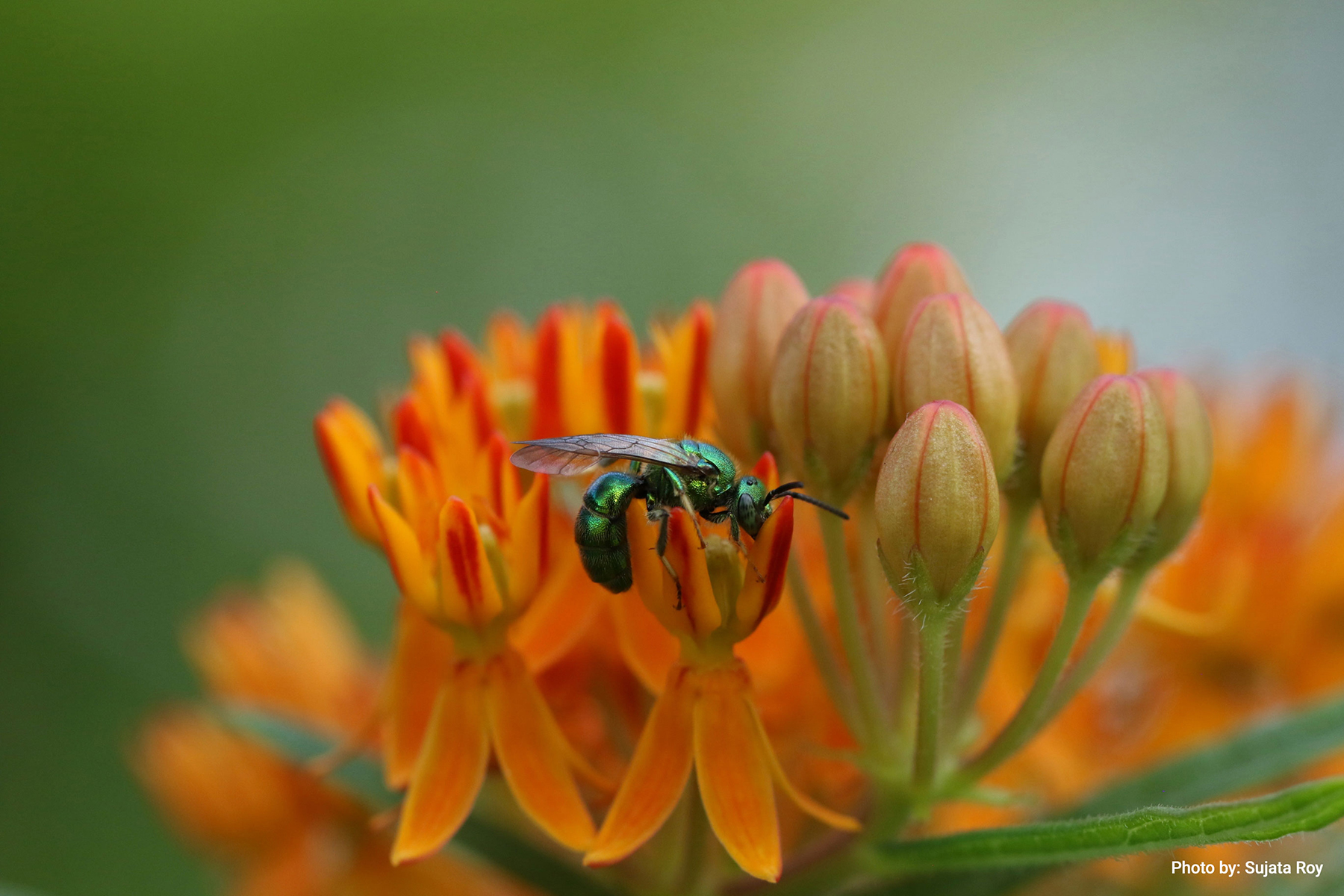 Pollinators Honorable Mention: Sujata Roy (Morrisville), metallic green sweat bee exploring the butterfly milkweed. “Usually for me, a bee is something yellow/black. But there are many other species of bees too. The color contrast here is what caught my eye. My younger one was with me and he told me it’s another species of bees. I had my macro lens with me and ended up taking a few eye-level frames of these beauties enjoying the milkweed blossoms at the county park one summer morning.” 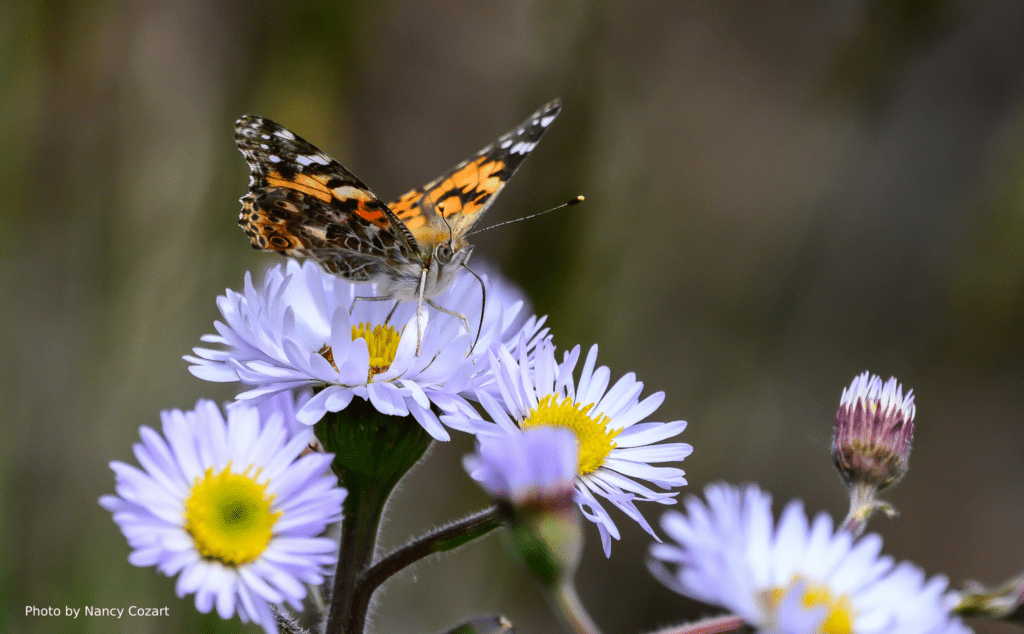 People’s Choice: Nancy Cozart (Stanley) “This image was taken in Doughton Park, Sparta (BRP) along one of the many hiking trails during the autumn season. We were actually hoping to photograph the Monarch migration but did not see any passing through that area while we were there. This single butterfly, however, did catch my eye, an American Lady feeding on a lavender wildflower bush of Michaelmas daisies. I couldn’t resist. Such grace and simple beauty.”