NCWF and the Carolina Bison Connection 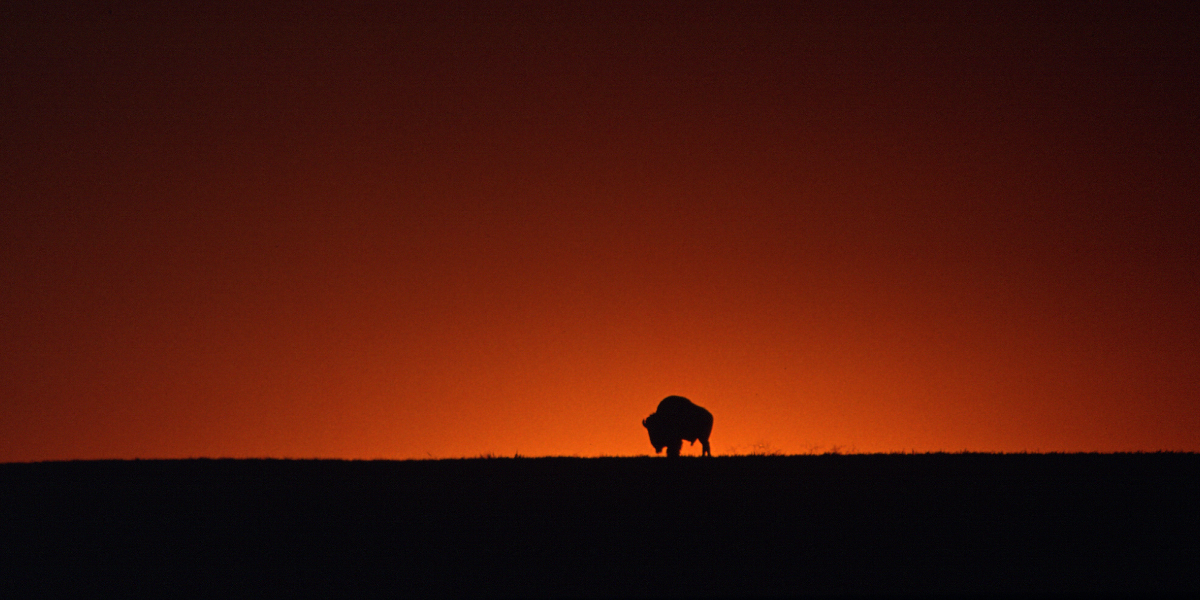 The Cherokee of North Carolina called them “Yansi” or “Yvsai.” The early settlers called them “buffalo,” derived from the French word “boeuf” for beef. We know them as the American bison (Bison bison bison). They’re the largest land mammal in North America, weighing up to 2,000 pounds and standing 6.5 feet tall. It joins the bald eagle as an official symbol of the United States of America after it was named the official mammal in May 2016 through the National Bison Legacy Act.

But how did they get here? Some 400,000 years ago, bison ancestors crossed the land bridge between Asia and North America during the Pliocene Epoch. Once here and over time, their numbers reached 40 to 60 million based on estimates in the 1500s. It is unknown how many bison resided in North Carolina, but the early explorers, hunters and naturalists described “plenty of buffalos,” “tracks everywhere,” and robust herds in the western half of North Carolina possibly through the eastern Piedmont physiographic region.

There are at least 40 locations in North Carolina named for the “buffalo” including Dutch Buffalo Creek, Irish Buffalo Creek, Buffalo Ford, Buffalo Shoals, Buffalo Cove and the “lost town” of Buffalo. But the bison disappeared from North Carolina 100 years before they were almost wiped out in the western United States. Joseph Rice, an early settler of Swannanoa Valley, is purported to have shot the last bison in 1799 near Bull Creek.

There now is a historical marker on the Blue Ridge Parkway, at elevation 3,483 (milepost 373), designating the approximate location. A re-establishment of the “big shaggy” in Buncombe County was attempted in 1919 with “six head of buffalo” but after five years the wild introduction turned to disappointment. Now the bison can only be viewed at places such as the North Carolina Zoo in Asheboro and several bison farms scattered throughout the state.

To indigenous tribes in North Carolina and throughout North America, the bison provided clothing, sustenance (a good portion of the animal was eaten), tools (e.g., spoons, awls, shovels), hides for shelter and spiritual importance. Harvesting a bison was a daunting task: The animal can run 35 miles per hour, both sexes have two points of weaponry in their horns, are strong swimmers, are extremely agile on the run, and can turn on a nickel (a buffalo nickel).

Bison are known as a keystone species. Keystone species play a critical role in maintaining the structure of an ecological community. They helped create prairie habitat for numerous wildlife (e.g., grassland birds and mammals) and a diverse assemblage of early successional plant species. As the bison foraged on up to 24 pounds of vegetation per day, their hooves and horns aerated the turf and broke down competing woody vegetation. Their wallows also formed shallow depressions or “water holes” which collected rainwater and runoff.

Several rare, threatened, and endangered “prairie remnant” plant species such as the smooth coneflower, Schweinitz’s sunflower, Michaux’s sumac, and Georgia aster, which were once maintained by large herbivores like bison, are now only found in a few early successional areas such as roadsides, utility powerline rights-of-way, and nature preserves such as Latta Plantation Nature Preserve in Mecklenburg County and the Uwharrie National Forest in Montgomery County. 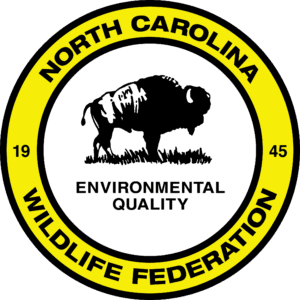 The North Carolina Wildlife Federation logo features a prominent bison, which was introduced in 1969 to commemorate the organization’s 25th anniversary. Why the bison was originally selected as our symbol is subject to lore and discussion.

But the bison was brought back from near extinction by conservationists and like-minded organizations and agencies whose commitment is to prevent the loss of wildlife and to protect and restore our natural habitats for future generations; and like the bison, the NCWF is agile, strong, dedicated to the cause, and faces a challenge full on.

What more can you ask for from the wildlife symbol of our country and our own conservation organization, the North Carolina Wildlife Federation?