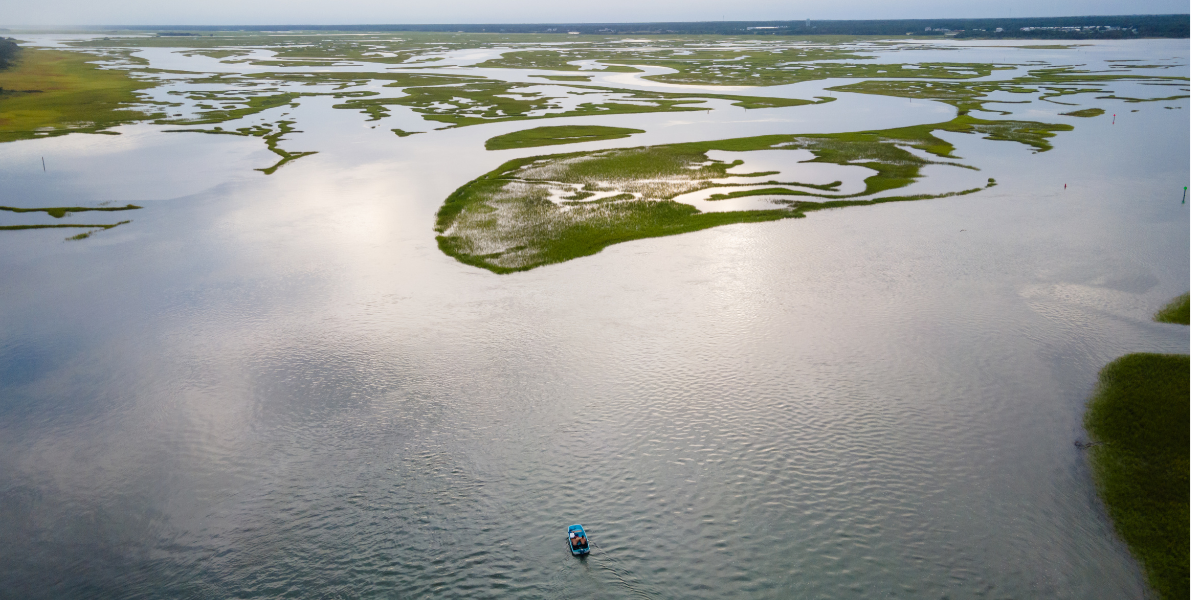 Conservation for the North Carolina Wildlife Federation is driven by passion and based on science. The legal protections afforded wildlife are central to the public’s ability – including NCWF – to advance the conservation of our shared wildlife resources. The public trust doctrine is the keystone legal component of fish and wildlife conservation. It mandates that resources are held in government trust for the benefit of all present and future generations and that states hold natural resources in trust for the people.

For the public trust doctrine to provide meaningful protection of trust lands and resources, citizens must have the ability to hold the State to its obligations. However, the State argues it can’t be sued and accordingly asked the trial court to dismiss the case. After the trial court denied that motion, the State appealed the North Carolina Court of Appeals decision.

Stewardship of NC’s network of sounds, wetlands and waterways

Protection of public trust resources, including restoration of coastal fisheries, has long been a top priority of our organization. As such, NCWF weighed in to protect the public trust doctrine with an amicus, or “friend of the court,” brief at the North Carolina Court of Appeals.

The case presents novel issues on the scope of the public trust doctrine, the State’s obligations under the doctrine, and, importantly, the ability of the public to hold the State accountable for its failure to protect our fish and other wildlife.

Our filing highlights the importance of the public trust doctrine in assuring proper conservation of trust lands, waters and resources and the need to guarantee citizens can access the courts to ensure the State meets its stewardship obligations for these public resources.

Protecting the public trust doctrine is especially important in North Carolina, which has incorporated this centuries-old legal concept into its state laws. Our state statutes (NC. Gen. Stat. § 1-45.1) define public trust rights to include “the right to navigate, swim, hunt, fish, and enjoy all recreational activities in the watercourses of the State and the right to freely use and enjoy the State’s ocean and estuarine beaches and public access to the beaches.”

NCWF has weighed in with similar friend of the court filings over the years about public access to North Carolina beaches and public waters. This latest filing seeks to ensure this protection extends not just to public access but to state protection of North Carolina’s fishery resources for the benefit of the public.