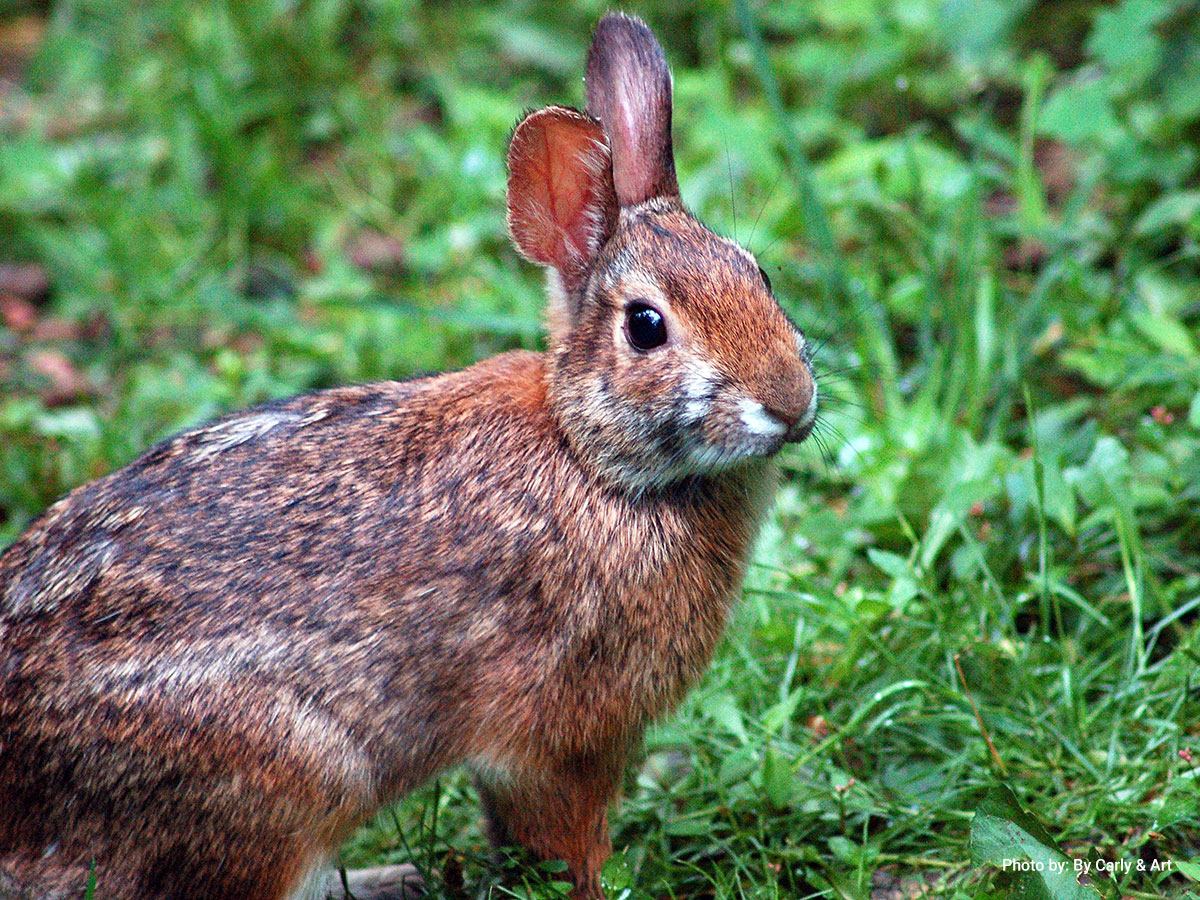 Nearly 500 local species of concern would benefit from the Recovering America’s Wildlife Act, including the Appalachian cottontail.
September 27, 2021

North Carolina is the first state to have both senators sign on to the most significant wildlife conservation bill in half a century. Senators Thom Tillis and Richard Burr, along with 26 others, are co-sponsoring the Recovering America’s Wildlife Act. The bipartisan bill would devote $1.4 billion to state and local agencies – including $24 million to North Carolina – to prevent wildlife species from becoming endangered.

“Our efforts on wildlife conservation will contribute to the success of these at-risk species and their habitats,” said Tim Gestwiki, CEO of the North Carolina Wildlife Federation. “North Carolinians can be extremely proud that both of our Senators are among the first to champion this bill, which is the most important piece of wildlife legislation in half a century.”

“We are absolutely over-the-moon delighted by this leadership and unprecedented collaboration that will have an immediate impact on saving species and creating jobs in our state and across the country,” Gestwicki said. “Our delegation support demonstrates that North Carolina leads the way once again and shows that wildlife conservation, and conservation more broadly, can still truly be one of the bipartisan issues in this Congress.”

Collin O’Mara, president and CEO of the National Wildlife Federation, said it’s a critical time for legislation like this, with more than one-third of all wildlife species at heightened risk of extinction across the country. Tar Heel State support in Congress could be vital for the bill’s chances. “When this bill passes, the North Carolina stamp of approval will be one of the reasons why it gets to the president’s desk,” O’Mara said, adding that it’s heartening to see bipartisan support for the measure.

NCWF and partner agencies such as NC Wildlife Resources Commission  encourage North Carolinians to thank the state’s congressional members for their co-sponsor support.

“Whether it’s by handwriting a personal note, sending an email or tweeting using the hashtag #RecoverWildlife, let’s show North Carolina’s leadership we appreciate their support of this monumental bill,” Gestwicki said. “Sharing our thanks expresses how vital this legislation is to our state.”

How RAWA funds would be shared

At least 15 percent of the Recovering America’s Wildlife Act funds will be used to help species already considered endangered or threatened. Federally recognized tribal nations, such as the Eastern Band of Cherokee, would share $97.5 million annually to fund wildlife conservation efforts on their lands. The tribe is part of the nation’s first Native Fish Conservation Partnership working collaboratively for the Sicklefin Redhorse, a rare fish species endemic to the Hiwassee and Little Tennessee River basins.

Upon the RAWA’s passage, the US Fish and Wildlife Service would distribute $25 million annually to NCWRC to implement North Carolina’s Wildlife Action Plan. Partnering organizations such as NCWF will then be eligible to apply for funding for existing plans that directly benefit at-risk wildlife.