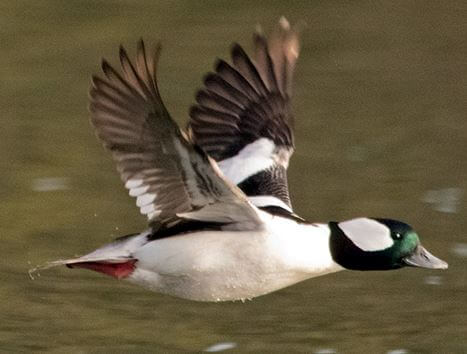 January 28, 2021
If you have been to an inland pond or coastal marsh in North Carolina during the winter, then you have probably seen a bufflehead duck.
Buffleheads are relatively small ducks with large, rounded heads and short bills. They may be seen bobbing in bays, estuaries, reservoirs, and lakes in North Carolina, providing great winter wildlife viewing and sporting opportunities.
The males are easy to spot with their black and white bodies with a white patch that wraps around the back of the head. The iridescent feathers of the face have hints of blue, green and purple that shine in the sun. Females and juvenile males have an overall grayish-brown color with white patches on the cheeks. In the winter, these ducks can be seen in small groups rather than large flocks.

Bufflehead ducks are common winter residents, migrating south from Canada at the onset of colder temperatures. Bufflehead ducks, like many other migratory birds, make their journey at night. They spend the winter bobbing on the water and searching for mates. Once paired, buffleheads may stick with the same mate for several years. As spring approaches, they return to their breeding grounds in the boreal and aspen forests of Canada. 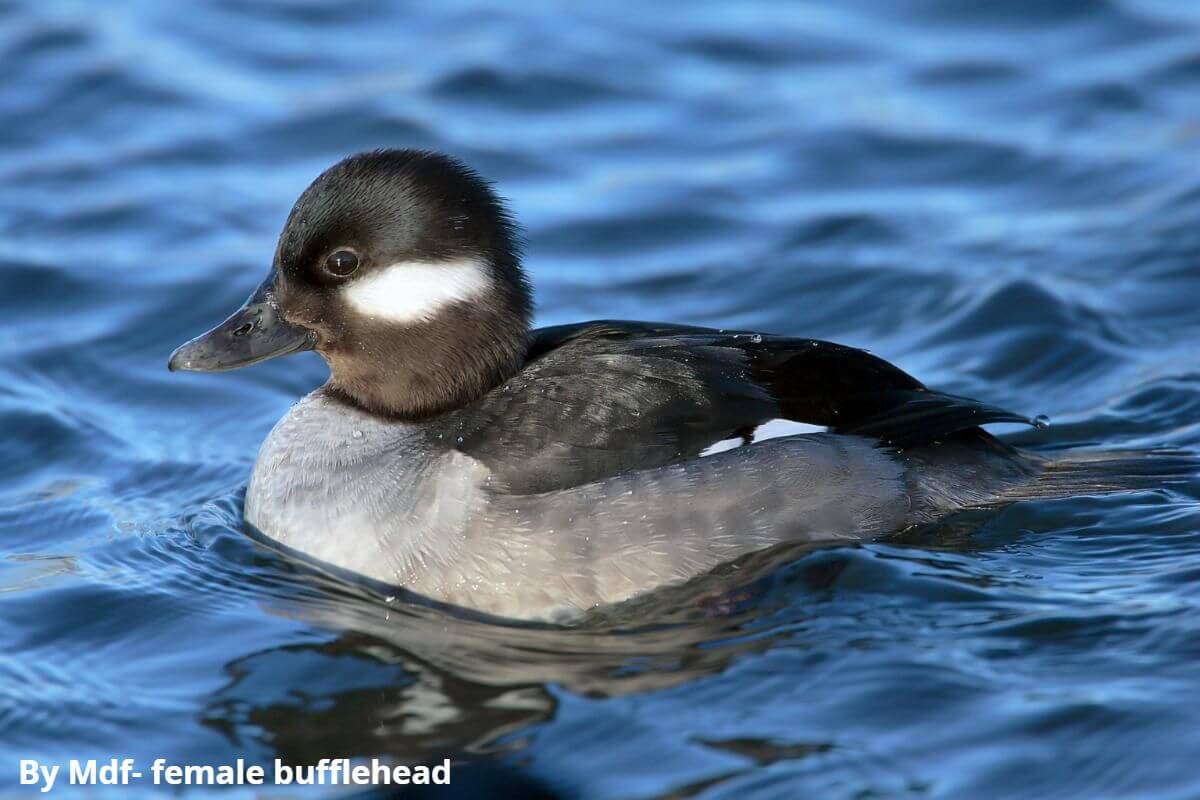 They nest almost exclusively in abandoned cavities made by northern flickers and pileated woodpeckers, however, they will also use nesting boxes. Nests are made entirely from the down feathers of the mother’s, chest making a cozy place for 4 to 17 nestlings.

Small groups of buffleheads can be seen diving almost simultaneously in search of aquatic invertebrates, crustaceans and mollusks under the surface. Their favorite snacks in the winter include snails and aquatic vegetation, while they enjoy a wider variety of invertebrates during summer.

As climate change continues to affect weather patterns in North America, it is expected that the bufflehead duck breeding range will continue trending northward. While bufflehead duck populations declined in the 20th century due to unregulated hunting, they have recovered and stabilized in the past few years. These beautiful and intriguing ducks will continue to attract outdoor enthusiasts, when and wherever they appear.