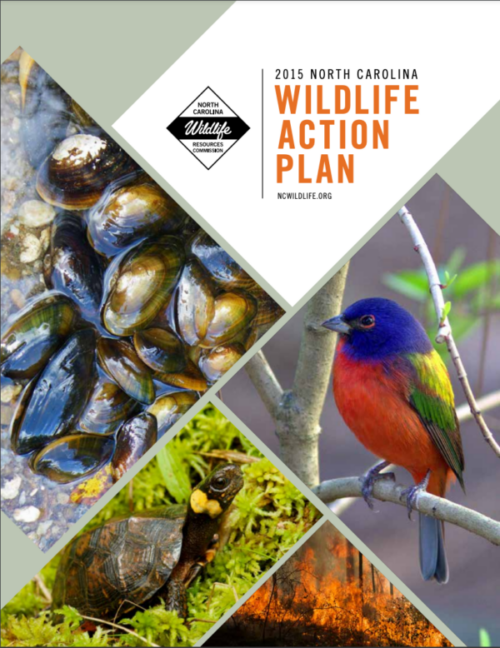 Wildlife policy and actions to conserve wildlife species and habitats were the focus of North Carolina Wildlife Federation’s annual meeting on Sept. 10 in Cary.

At-Risk Wildlife and Reasons for Decline

Fuller noted that America’s wildlife are at risk, with one-third of species at risk of extinction, 1,600 species listed under the Endangered Species Act and more than 12,000 species considered as having the most significant conservation need.

Nearly 3 billion birds have disappeared since 1970, including 3 in 4 eastern meadowlarks. About 70 percent of freshwater mussels in the Southeast are extinct or imperiled. And amphibians have declined about 42 percent across the country. In North Carolina, there are 40-plus threatened species, 60-plus endangered species, and 115-plus species of special concern, including the golden-winged warbler, painted bunting and hellbender.

Reasons for the decline in wildlife include habitat loss and degradation, invasive species, disease, climate change and agencies’ inability to address wildlife issues. Recovering America’s Wildlife Act is a proactive conservation solution that will prevent wildlife from becoming endangered in every state.

Partnerships extend far beyond state agencies and include technical assistance to public and private entities, governmental entities and conservation NGOs such as NCWF, rare species research at universities, biological monitoring through community scientists and others, and habitat stewardship and acquisition.

“Bipartisan support for Recovering America’s Wildlife Act is good for wildlife, good for taxpayers and good for business,” Fuller said. A Senate vote on the bill is expected soon. 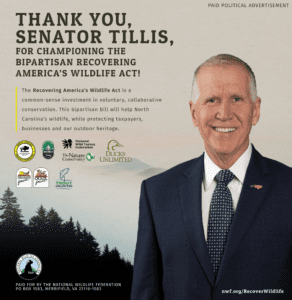 NCWF Board of Director Updates

Also at the annual meeting, NCWF bid farewell to outgoing board members Ann Somers and Lloyd ‘Jock’ Tate, who served with distinction and honor during their three terms.

Posted in News & Press Releases, Our Work, Wildlife
Back to News / Blog