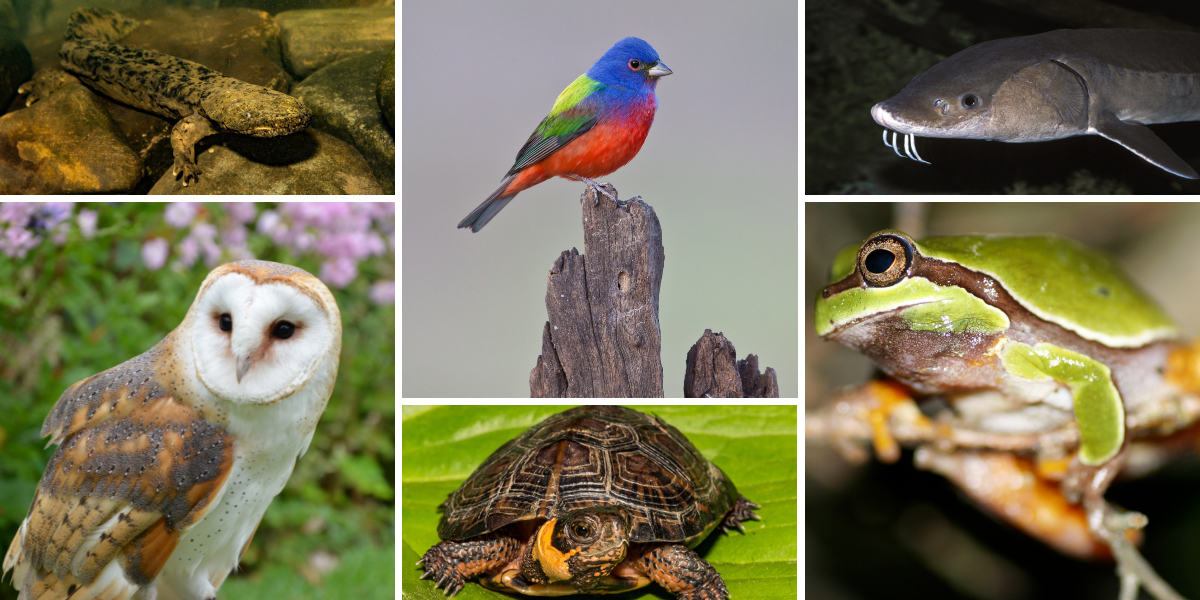 If it becomes law, North Carolina will be eligible for up to $25M annually to help at-risk fish and wildlife. Species include the Carolina northern flying squirrel, Northern bobwhite quail, golden-winged warbler, zigzag salamander, gopher frog and Appalachian cottontail.

“Recovering America’s Wildlife Act is the most important piece of wildlife legislation in the past 50 years. Wildlife in our state and across the country are in crisis, and this bold, bipartisan bill will tackle the problem at the necessary scale,” said Tim Gestwicki, CEO of North Carolina Wildlife Federation.

“We applaud the North Carolina representatives who supported the legislation and are confident of its passage in the Senate, thanks in great part to our two Republican Senators Thom Tillis and Richard Burr, who co-sponsored Recovering America’s Wildlife Act,” Gestwicki said. “The aye votes from representatives will be a proud part of their legacy.”

Losing the sponsoring representatives and other Republicans across the country was due to uncertainty of funding sources. Currently, the Senate version of RAWA identifies funding sources as “all civil or criminal penalties, fines, sanctions, forfeitures, or other revenues resulting from natural resource or environmental-related violations.”

“For this bill to be viable for conservation and fiscally minded members, the funding must be fully ironed out in the Senate version of the bill,” Gestwicki said. “Once that happens, we strongly feel our original co-sponsors in the House will support the final passage.”

There may be an even more viable funding source through the Charitable Conservation Easement Program Integrity Act of 2021, Gestwicki said, whereby established easements allow landowners to claim tax deductions for donating property to nonprofit land trusts or other qualifying organizations.

“Entities known as syndicators — which establish partnerships to buy land — seek inflated appraisals and then agree to easements that can dramatically reduce the tax bills of the multiple owners. Those inflated appraisal monies are then bundled and sold to investors,” he said. “Closing this loophole or even capping it could provide more than enough funding for wildlife conservation while curtailing a less than savory practice.”

North Carolina is home to more than 1,500 nongame fish and wildlife species and over 6,000 plant species from the mountains to the coast. Recovering America’s Wildlife Act funding will be used to implement the Congressionally mandated state wildlife action plans, which identify more than 12,000 wildlife and plants that need conservation assistance nationwide.

“This is a historic game-changer for our wildlife, state wildlife agency and economy,” Gestwicki said. “The Recovering America’s Wildlife Act will allow North Carolina to protect at-risk species, conserve the full diversity of wildlife, and improve our state’s natural resources for generations.”

The nation’s 574 federally recognized tribes manage tens of millions of acres of land nationwide with limited federal funding for conservation efforts. The bill will also assist wildlife conservation efforts led by tribes, such as the Eastern Band of Cherokee Indians’ collaborative work for the sicklefin redhorse, a rare fish species endemic to the Hiwassee and Little Tennessee River basins.

“The alarm bell is sounding America’s wildlife crisis, but the good news is Congress is on the brink this summer of pushing this historic legislation over the finish line. We thank our members, supporters and partners in conservation for heeding the call for action and asking their members of Congress to pass this vital investment in preventing extinctions and recovering at-risk wildlife populations,” Gestwicki said.

He added, “All North Carolinians should be able to hear the song of the meadowlark and to see monarchs in their backyard. The Recovering America’s Wildlife Act would allow us to protect at-risk species, conserve the full diversity of wildlife, and improve our state’s natural resources for generations to come.”