Observations from the Field: Photos, Updates and How-Tos with Academics Afield 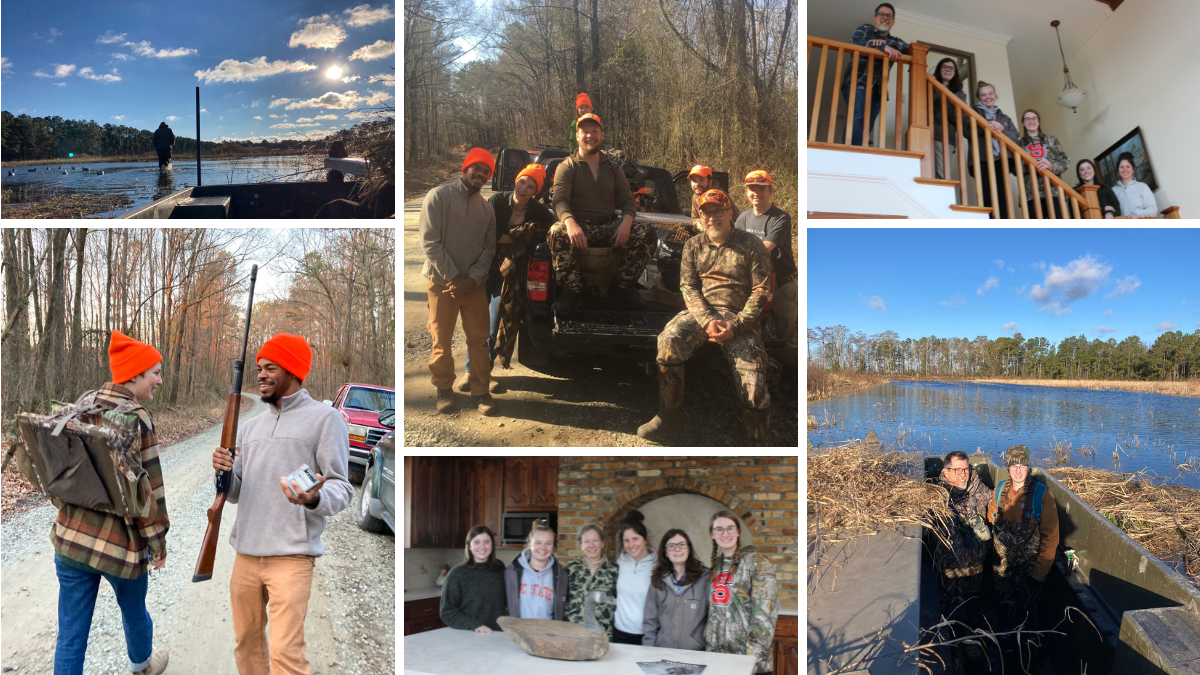 Academics Afield – a partnership between North Carolina Wildlife Federation, NC State University, North Carolina Wildlife Resources Commission and other conservation groups – introduces college students from diverse backgrounds to hunting and shooting sports while teaching them the importance of wildlife conservation and management. The program, founded in 2019, helps bridge the gap between students who have a heritage and history of hunting and those who don’t. In this blog, Rich von Furstenberg, Academics Afield program coordinator, gives an update on what’s been happening with the program over the last few months. 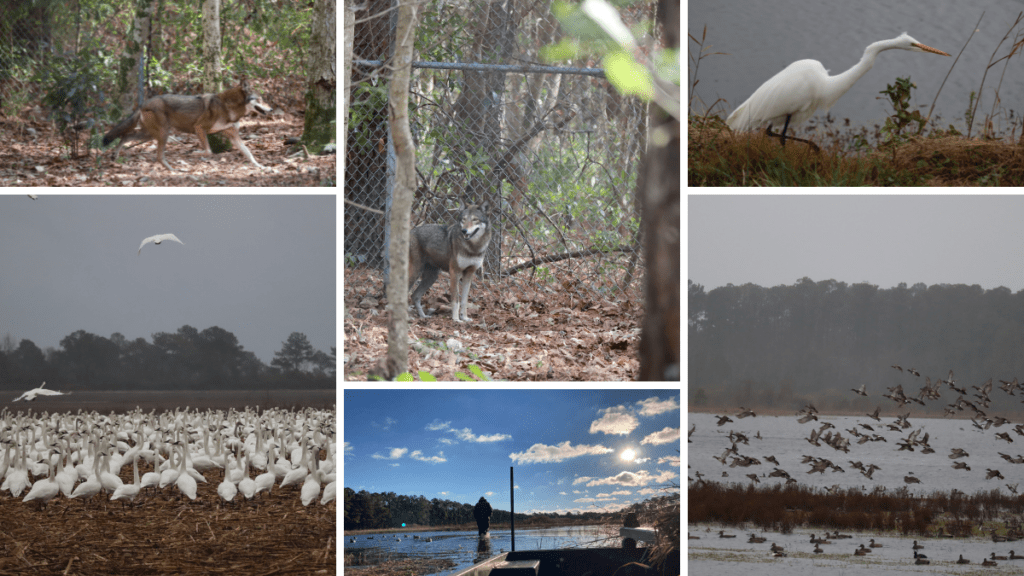 A look back at Hyde County duck hunt

It was snowy, rainy and windy when our crew made its way down toward Swan Quarter for a weekend in January. Our hostess gave us the royal treatment, including beautiful and cozy lodging, a guided birding trip at Lake Mattamuskeet and a celebratory oyster roast. Our group also took a driving tour of the Pocosin Lakes National Wildlife Refuge and had a fantastic hunt thanks to Ducks Unlimited.

Another highlight was visiting the Red Wolf Education and Health Center in Columbia. Refuge Volunteer and Programs Coordinator Katarina Ramos gave students a tour of the facility which included resident red wolves and nearby waterfowl.

Shed hunting and aging a deer

A fun reason to get out and wander the woods and fields during the off-season is shed hunting – searching for antlers shed by whitetail deer once mating season is over. Moriah Boggess, a deer biologist with NCWRC and previous Academics Afield presenter, wrote Shed Hunting Road Trips and Tips for Finding More Shed Antlers for the National Deer Association.

If you come across a deer skull while shed hunting and want to know its age, or want to age a deer you’ve hunted you can do it using the jawbone. This video from Three Rivers Land Trust shows how you.

NC State’s Backcountry Hunters and Anglers partnered with Opportunity Outdoors for a squirrel hunt and garbage cleanup at Butner-Falls of Neuse game land. Phillip Widener, NCSU BHA president, guided students on a public lands pack out with an impressive haul, including a vintage toilet!