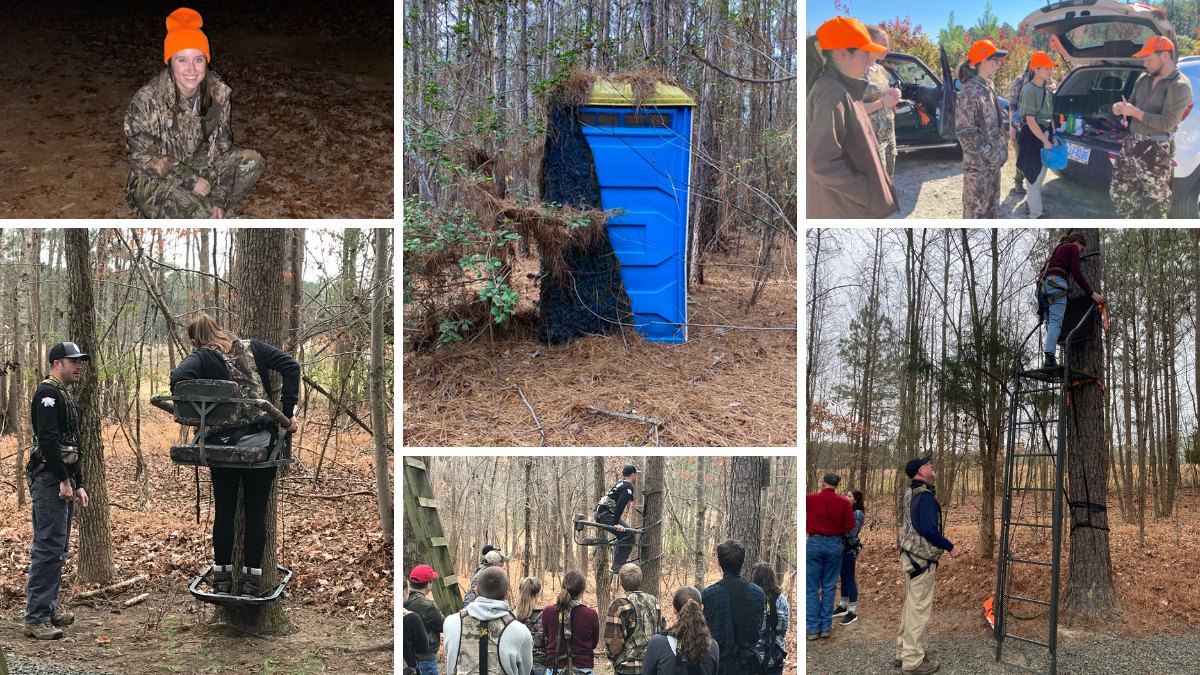 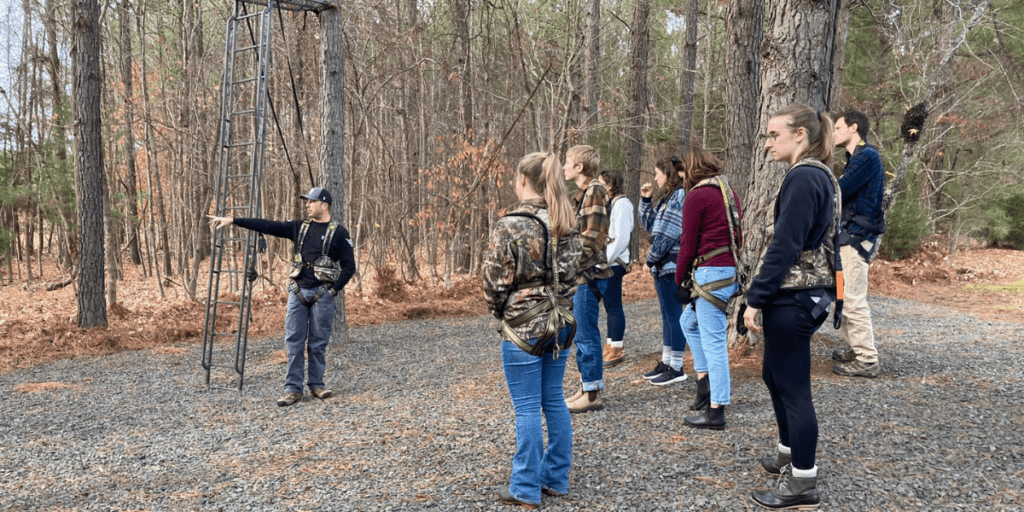 During an outing with the Wake County Wildlife Club, they learned about tree stand set-up, fall-arrest systems and how to stay safe in the woods before heading out the next day for their first-ever deer hunt.

Rich von Furstenberg, Academics Afield program coordinator, commended three students’ judgment for passing on deer because they were very young or they didn’t have a clear shot. He also praised two students for having the best blind.

“Each of these experiences adds a piece to them as a hunter,” von Furstenberg said. “They’ll get a touch wiser about different scenarios, about a deer’s movement, things to bring into the stand for next time, and their own feelings about hunting. It’s all important, and they’ll only find out by doing.”

He added, “One student had success with a nice doe after her mentor ranged it at 157 yards with his range-finder, which is a long shot, especially in the Piedmont. The average distance deer are taken in the U.S. is 50 yards.”

Only 25 percent of deer hunters in the U.S. are successful each year and it might be a couple of hunts before the novice hunters even see a deer, von Furstenberg noted. “I could have had a Ph.D. in squirrel behavior after last year because that’s all I ever saw from my deer stand. But this year, the moons aligned for me,” he said. “You just have to keep getting out and not get discouraged. You can set yourself up for success, but it really is a numbers game to some extent.”

“There are many people who hunt squirrels and consume them as you would any other source of protein,” said von Furstenberg, adding it was inspiring to see that all of the participants who came out for the event were female.

“I was thrilled to see three of our Academics Afield women there and particularly excited to see one student, Katie, have her first success,” he said. “She has attended all our events so far and is super committed to the program and learning to hunt. Her collective investment really showed, she was safe with her firearm the whole hunt, and made a great shot.”

Learn more about Academics Afield, Recruitment, Retention and Reactivation (R3) and the future of wildlife conservation through social connections, educational workshops, archery and firearm safety and skill-building, mentorship and out in the field experiences.