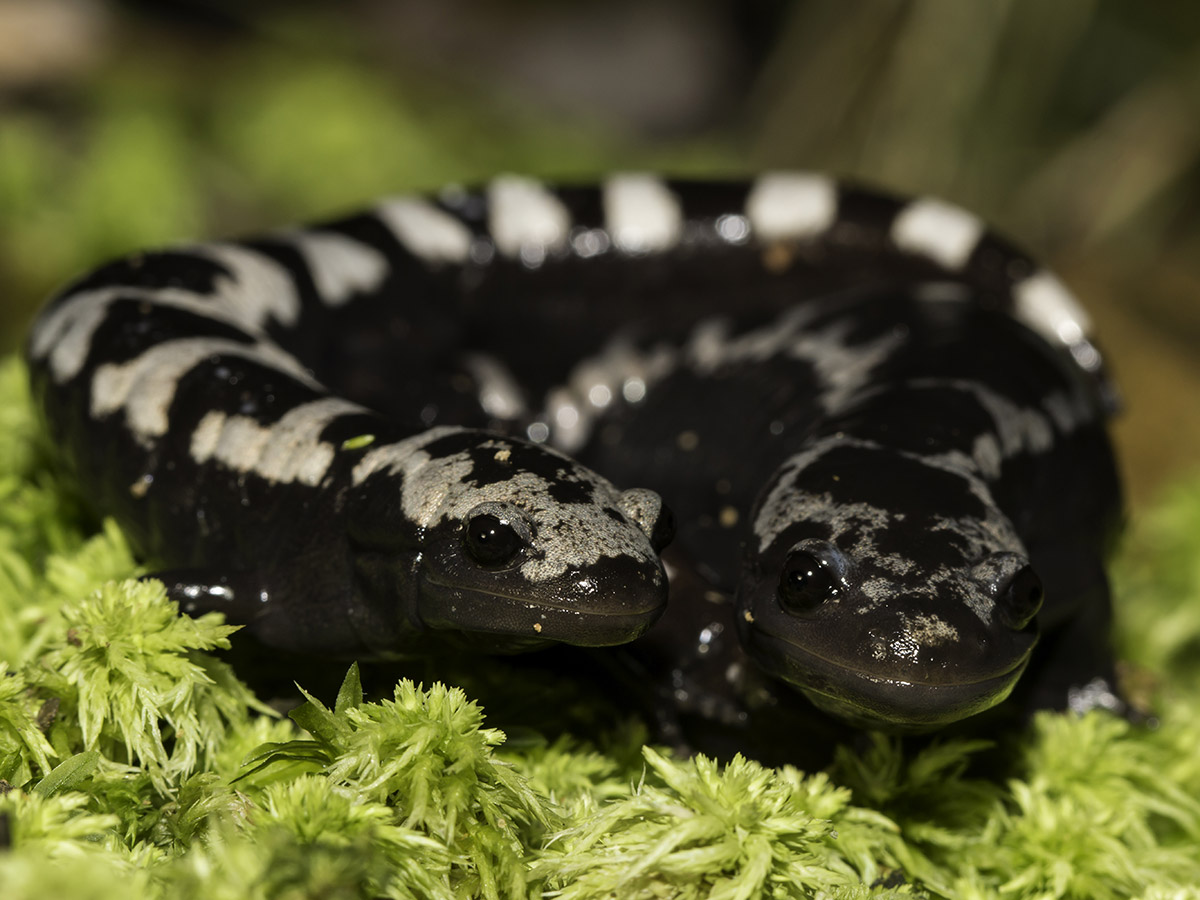 The southeastern United States has the largest concentration of salamanders in the world. North Carolina boasts the largest diversity in that region as home to more than 60 different salamander species.

The marbled salamander, Ambystoma opacum, is common throughout our state, where it is recognized as the official state salamander, though it is rarely seen because of its nocturnal habits. Its habitat includes moist woodlands near swamps, ponds, or other wetland areas.

Marbled salamanders are more tolerant of dry habitats because they create burrows under logs, leaf litter, or underground, a behavior that is uncommon in other salamander species.

These salamanders can be identified by the white or gray markings that contrast against their dark gray or black bodies in the marbled pattern that earned the salamander its common name.

Notably different from salamanders in the same family, the marbled salamander breeds on land in the fall, rather than in water during spring. The females lay eggs in a dried up depression, pool or pond then guard them until the depression fills with water.

Newborn salamanders, called larvae, will feed on a variety of prey after hatching, starting with zooplankton and diversifying to worms, larvae, aquatic insects and isopods as they mature. After metamorphosis, the adults feed on worms, insects, centipedes, spiders, snails and slugs.

Since marbled salamanders heavily rely on temporary wetlands and certain forested habitats, there is concern with habitat loss as a threat to this species.

The Green Swamp Preserve, the Little Tennessee River basin and a dwindling patchwork of wetlands across the state provide essential habitat for salamanders and support a vibrant network of biodiversity in North Carolina.

The continued success and diversity of salamanders in North Carolina depends on public advocacy and action to conserve ephemeral pool habitats and their adjacent upland forests. Habitat connectivity and sustainable management of forests must be a priority so salamanders and other wildlife can survive.