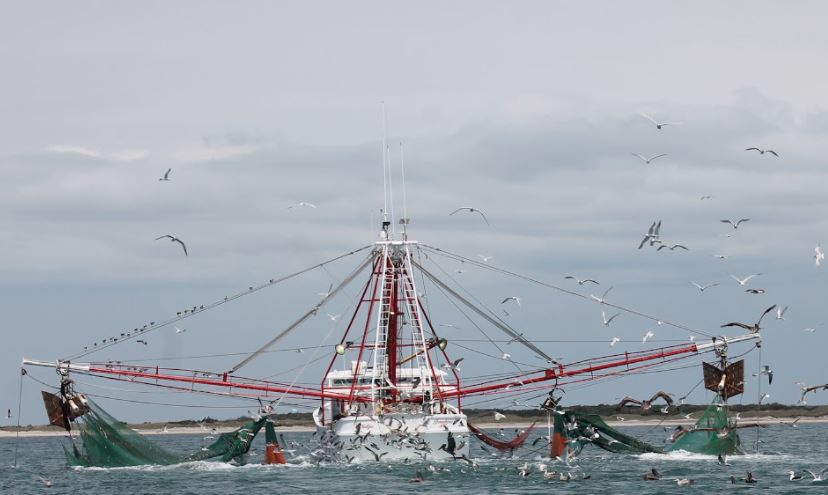 While some may question the direct effects of shrimp trawling on North Carolina fish species, there are undeniable facts showing alarming consequences. Shrimp trawl bycatch often meets or exceeds allowable harvest levels. Because bycatch is not considered when setting quotas, this activity may double the documented harvest for many stocks. As a result, rebuilding projections seem falsely optimistic. The bycatch rate of these trawls is important for the wellbeing of commercial and recreational state fisheries.

Currently, it is estimated that for every pound of North Carolina shrimp harvested, four pounds of non-targeted species are discarded.

In 2014, 15 million pounds of juvenile Spot, Weakfish, and Atlantic croaker were discarded from trawl nets equating to approximately 300 million individual fish. The mass removal of these immature fish year after year leads to less reproduction and available stock growth.  The survival rate of juvenile fishes captured in shrimp trawls is essentially zero. This extraordinary mortality creates a direct link between the declining abundance of many finfish species and shrimp trawl activity.

Previous actions taken by the state have failed to reduce bycatch at the population level or protect critical habitat. North Carolina is the only east coast state that allows shrimp trawling in sound and estuarine nursery areas and the consequences are evident. The devastating impacts of trawling on juvenile species and critical habitats is harmful to marine ecosystems and  many North Carolina fisheries.

Only reductions in capacity will have a measurable effect on reducing bycatch mortality in shrimp trawls. These include fewer trawling days a week, shortened head rope length, delayed season openings, and additional protection of critical habitats. Developing these solutions with cooperating and caring shrimpers is crucial to the success of North Carolina fisheries.

Learn more about the decline of North Carolina marine fisheries and solutions for sustainable fisheries that will allow eco-systems and people to thrive by visiting the NCWF Marine Fisheries Conservation page or click here to support sustainable marine resource conservation.