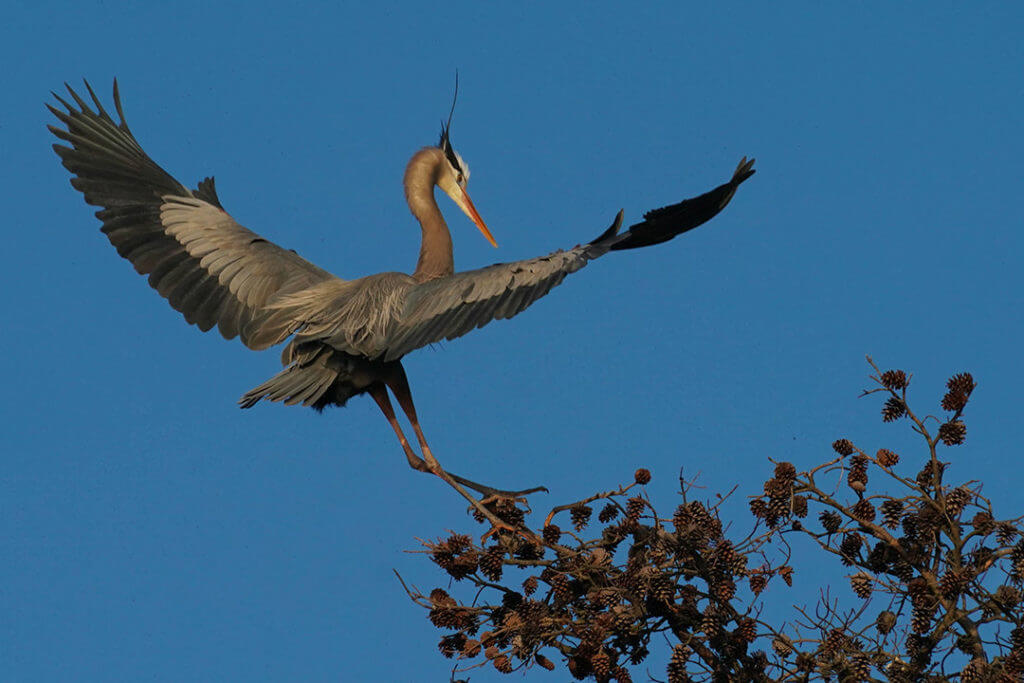 Earlier this week we started shoreline and vegetation restoration of an eroding Great Blue Heron rookery located on one of Lake Norman’s most exposed islands. The stabilization project will help conserve Heron Island, an ecologically significant and diminishing wildlife habitat.

The islands are natural resources and sanctuaries for wildlife as shore front property has been heavily built up over the decades. This particular heron rookery island is positioned on the main channel in Davidson Creek, where there is heavy boating traffic and wind-generated waves.

Restoring and stabilizing the island’s main channel side is a significant team effort and involves creating a rock and living shoreline using 300 tons of material and native plants. The project will take place over the next few weeks, depending on water levels and weather conditions.

Volunteers from the Lake Norman Wildlife Conservationists, one of our community wildlife chapters, will plant native buttonbush and silky dogwood. Lancaster Dock and Dredge will stabilize the shoreline with rock mined from a Concord quarry by Vulcan Materials Company. 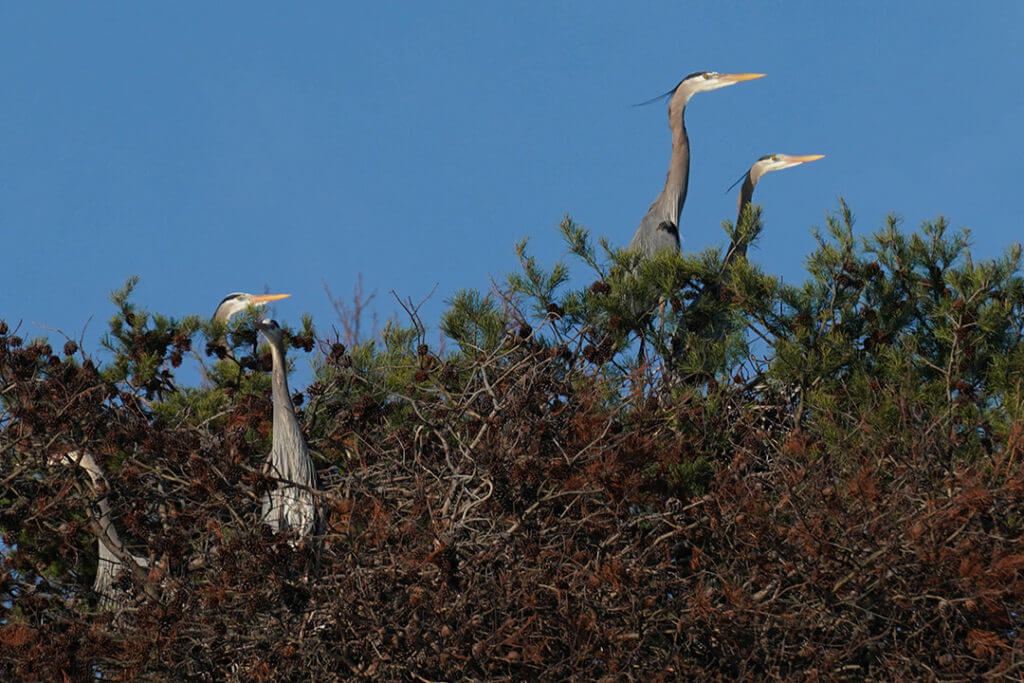 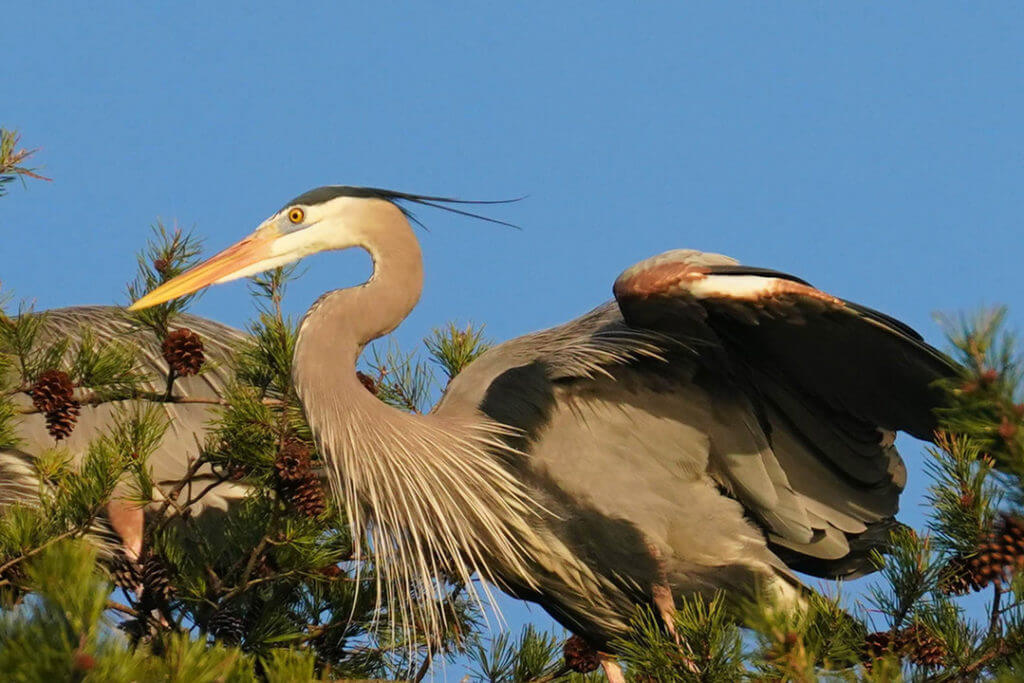 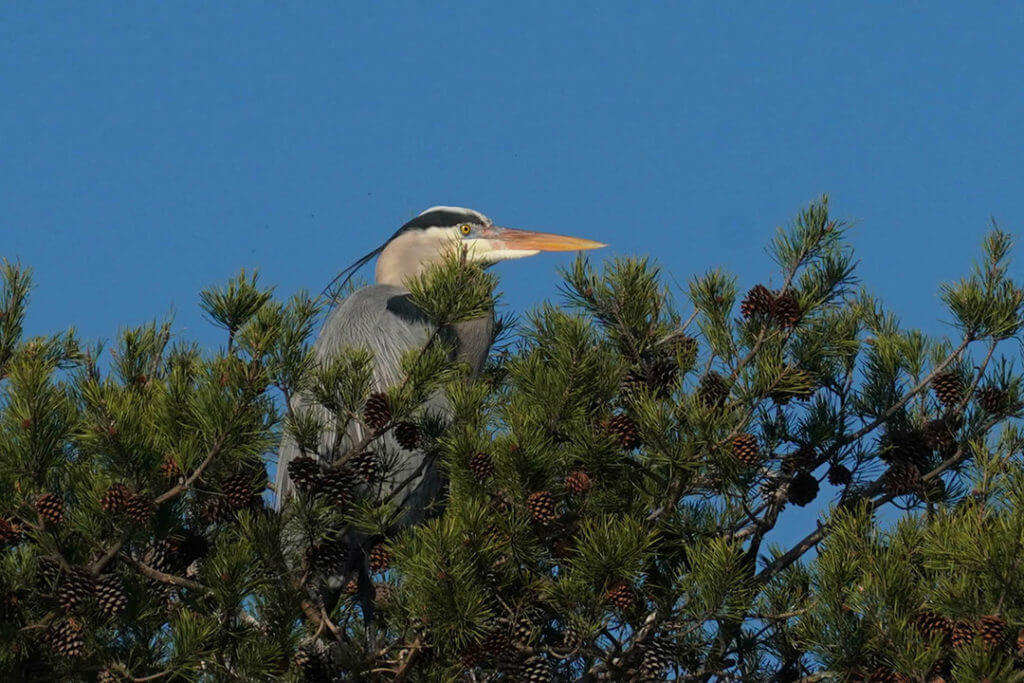 Many islands where family and friends used to gather are now shoals marked with a sign on a pole – a stark reminder of the memories made on land that’s now underwater. Through this habitat restoration project, we’re preserving Heron Island from the wind, boat waves and storms that wreak havoc on many of the islands and shorelines around Lake Norman.

NCWF wants the herons to be here for everyone to enjoy for many years to come. That includes all the folks who don’t live on or near the lake but still appreciate watching our Heron Island rookery and osprey nesting cameras during active nesting months. View the cameras at www.ncwf.org and www.lnwc.org.

Michael Abney, senior environmental resource manager for Duke Energy, noted the project is a great example of how the HEP can fund the restoration and enhancement of fish and wildlife habitat and one where lake residents can enjoy the benefits of their investment.

You can help support our protection, conservation and restoration efforts by becoming an NCWF member or making a donation.

In colonies with many nests and potential nesting sites, males select and defend the highest nest sites. In defending selected sites, male birds put on grand displays accompanied by shrieking to attract females. Males gather material and females build the nest. They build a large, bulky nest of sticks, lining the interior with twigs, moss and pine needles. Both adults then care for the hatchlings (generally 3-5) within the rookery until they’re ready to fledge.

You can read more about the Heron Island Restoration in the Lake Norman Media Group's article about the project and the Queen City Nerve's weekly roundup.

Posted in News, Our Work and tagged Heron