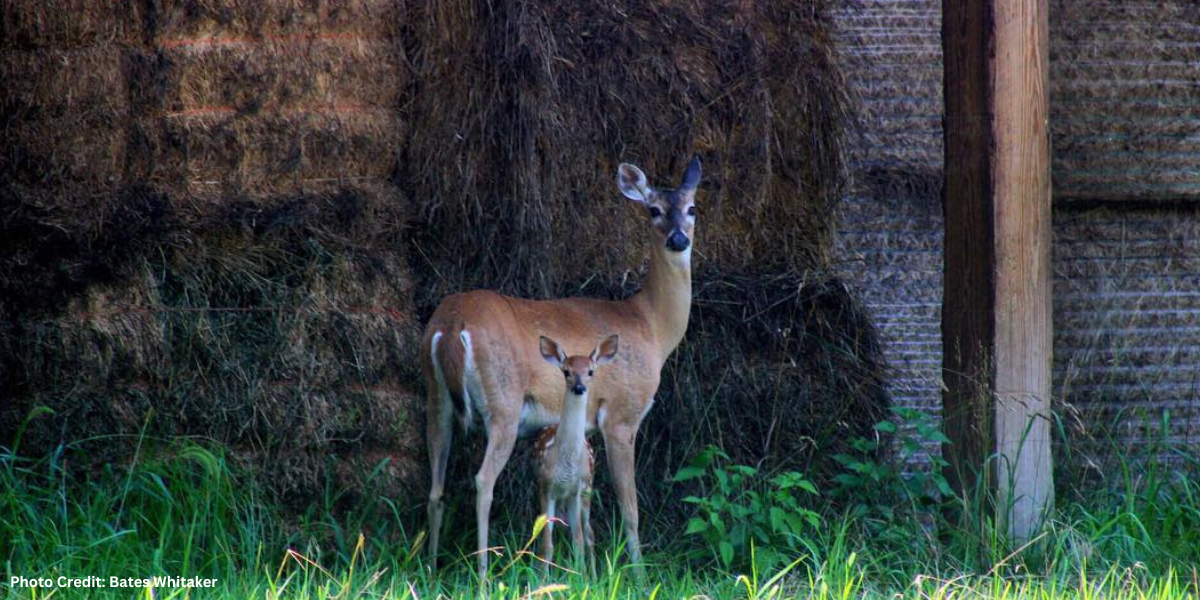 Crossing over into a new year, we look back on 2022 as one full of both challenges and victories for wildlife conservation. Among these victories is a crucial and monumental step forward in wildlife disease management: the passage of the Chronic Wasting Disease (CWD) Research and Management Act.

The CWD Research and Management Act was passed by Congress to work towards slowing the spread of CWD in cervids (deer, elk, and moose) throughout the United States. This piece of bipartisan legislation is set to invest $70 million annually in research and management techniques. Though the act has definite positive national implications, it also bodes well for the future of one of North Carolina’s staple wildlife species: the white-tailed deer. 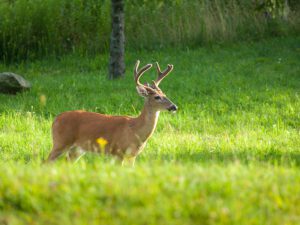 Chronic wasting disease is deadly and affects the lymph and neurological systems of deer and other cervids, producing malformed prions (proteins) in the brains of deer, resulting in devastating symptoms that ultimately cause the deer to “waste” away. While the incubation period is long-lasting at 18 or more months, clinical signs only become evident much later after infection and are followed by death. CWD is transmitted among white-tailed deer through contact and bodily fluids and has spread across the United States over many decades, presenting significant challenges for wildlife management agencies.

North Carolina recently detected its first positive cases of CWD in white-tailed deer, prompting the designation of surveillance areas within the state and the implementation of special regulations surrounding white-tail harvest to mitigate disease transmission.

A further complication of combatting CWD is that there is no live test available for deer. The only definitive way to confirm infection is through lab testing of brain tissue or lymph node collection. In part, the CWD Research and Management Act sets out to solve testing issues.

From 2023 through 2028, the CWD Research and Management Act will divide $70 million between management and research priorities. This includes $35 million per year for research that would focus on:

Another $35 million per year for management, including surveillance and testing, would prioritize:

The bill also allows federal and state agencies, and tribes to create and distribute educational materials to inform the public about CWD.

Though the state of North Carolina has thus far seen relatively few instances of CWD in the white-tailed deer population, state agencies and officials are taking this threat seriously – as noted by North Carolina Senator Thom Tillis.

“As CWD spreads across the country, including North Carolina, we must support the collaborative work between federal, state, and tribal governments to research, manage and respond to this fatal threat to wildlife populations,” says Senator Tillis. “I am proud to join the bipartisan effort to combat CWD and preserve North Carolina’s wildlife for future generations to enjoy.”

There is still much ground to cover in addressing the spread of CWD throughout North Carolina and beyond. However, the CWD Research and Management act is perhaps the first glimpse of a light at the end of the tunnel.