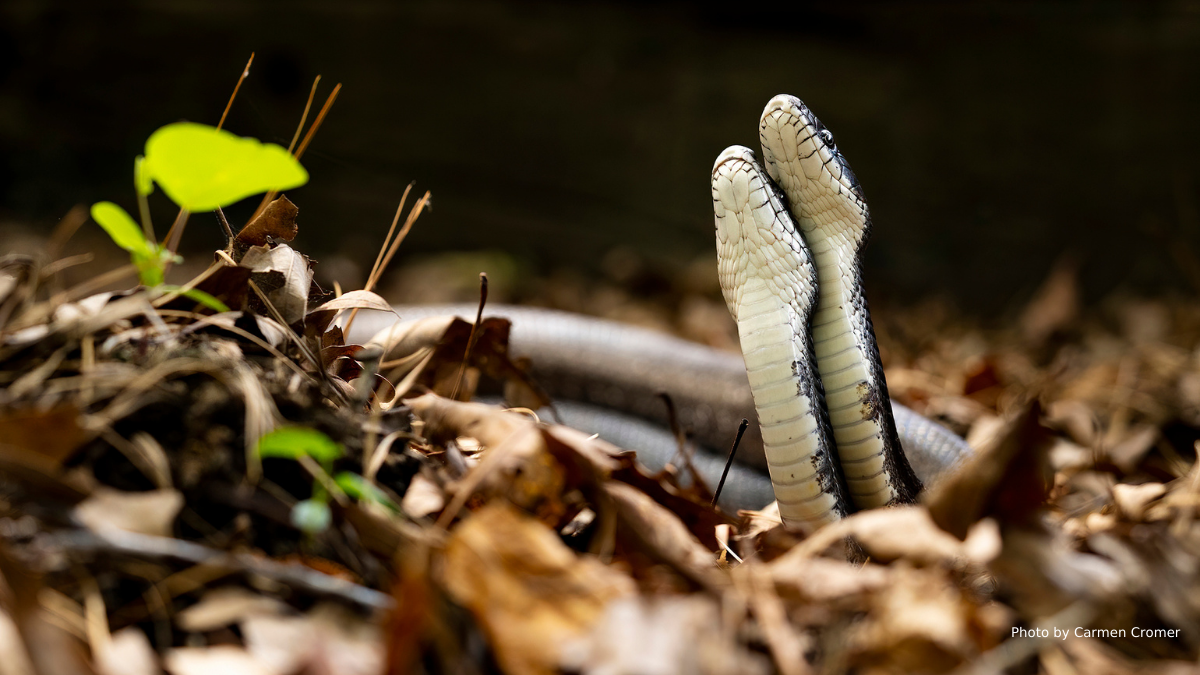 This article originally appeared in the NC Wildlifer newsletter. It’s being republished with permission from North Carolina The Wilderness Society.

North Carolina is rich with ecological diversity from the Great Smoky Mountains to the Outer Banks. But taking care of the plethora of wildlife resulting from so many different ecosystems can be challenging—unless you have an organized and effective team of staff, volunteers and collaborators.

The North Carolina Wildlife Federation (NCWF) has proven time and again that it’s up to the task, whether that involves advancing policy like the Recovering America’s Wildlife Act, connecting kids with nature, conducting boots-on-the-ground work to install habitat, or advocating for funding to reduce the spread of chronic wasting disease in cervids.

These successes have earned NCWF the 2021 TWS Group Achievement Award, an award that recognizes an organization or group that accomplishes outstanding achievements to benefit wildlife.

“Our members are involved in hundreds of activities each year, from lectures to native plantings to lake cleanups, birdwatching trips, fishing clinics and a myriad of other activities,” said Robert Brown, a board member and past chair of NCWF.

The group behind these achievements includes thousands of members and supporters, a dedicated board of directors, volunteers from 19 grassroots chapters and a seasoned professional staff. In addition, NCWF’s Facebook page boasts about 43,000 followers and 100,000 online activists, and the federation has 48 affiliate organizations.

“We strategically worked to build this structure to support wildlife and other natural resources,” said NCWF CEO Tim Gestwicki. “Teamwork is critical—we’re doomed without it.”

Some of the work the federation has accomplished includes the Prey for the Pack habitat improvement program, a partnership with the U.S. Fish and Wildlife Service to improve the state’s red wolf population (Canis lupus rufus) as well as advocating for the construction of underpasses and overpasses for elk (Cervus canadensis), black bear (Ursus americanus), white-tailed deer (Odocoileus virginianus) and other wildlife to safely cross roads.

The NCWF assists local communities with white-tailed deer management, resulting in the donation of tens of thousands of pounds of venison to feed the hungry across the state each year. In addition, NCWF has installed osprey (Pandion haliaetus) platforms on numerous lakes in the state.

The NCWF has also been involved in removing trash from waterways and restoring butterfly habitat by planting pollinator-friendly vegetation in yards, on roadsides, in community gardens, and at schools and industrial sites. They have also planted vegetation to help restore wetlands and create flood resilience through use of natural habitat.

“We plant thousands of native buttonbush and water willow along the shorelines of our rivers and lakes to reduce pollutants and protect against wave and shoreline degradation,” Gestwicki said.

The organization also works closely with hunters and anglers through its North Carolina Camouflage Coalition. The federation has been working closely on marine fisheries to improve the state’s plummeting fish stocks. Gestwicki said they are also making great headway using science to show the need for fisheries reform and how improvements can benefit the resource, and commercial and recreational fishermen and women.

The federation has won past awards for the work they’ve accomplished, but Gestwicki said that he’s excited to be recognized by The Wildlife Society due to its scientific focus on wildlife and conservation. “This award is an honor because it’s a testament to the dedicated work of our staff, members, supporters and partners,” he said.