Tragedy of the Commons: Shrimp Trawling 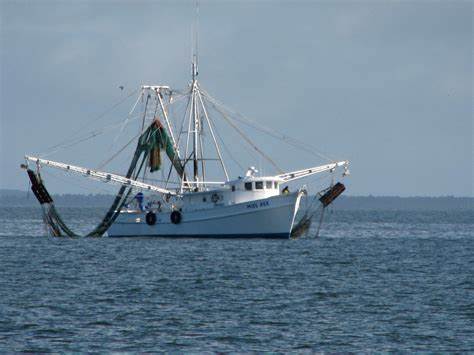 When a resource is owned by no one and it is fundamentally valued and needed by everyone, how can its protection be ensured? The tragedy of the commons illustrates a scenario whereby a resource with open access to users becomes damaged or depleted due to a lack of meaningful oversight/regulation. When regulations favor those with more resources to gain power, they take advantage and the resource suffers. Once it’s exhausted, there is no getting it back. This tragedy is clear when examining the current state of the North Carolina shrimp trawl fishery.

Currently, it is estimated that for every pound of shrimp harvested in North Carolina waters, four pounds of non-targeted species are discarded as waste. Shrimp trawling has the highest rate of bycatch affecting valuable state species such as: Spot, Weakfish, Atlantic Croaker, and Southern Flounder. All of these species have seen large declines in harvest within their own fisheries. As current shrimp trawling regulations continue in place, these stocks face further depletion, leading to less catch and spawning biomass.

Shrimp Trawling Bycatch and the Tragedy of the Commons

As shrimp trawlers have access to many areas containing threatened and juvenile species, trawl bycatch will continue to deplete North Carolina’s resources. In many cases, bycatch alone of valuable stocks meets or exceeds their allowable quota for the season. The unequal management and access between shrimp fisheries and other fisheries is a leading contributing factor in the ongoing North Carolina fisheries tragedy. This is especially problematic considering juveniles comprise the majority of bycatch, thus removing reproductive potential. In 2014, fifteen million pounds of juvenile Spot, Weakfish, and Atlantic Croaker were discarded from trawl nets, an astonishing amount of lost fish.

What Can Be Done

North Carolina is currently the only east coast state that allows shrimp trawling in sound and estuarine nursery areas and the consequences are evident.