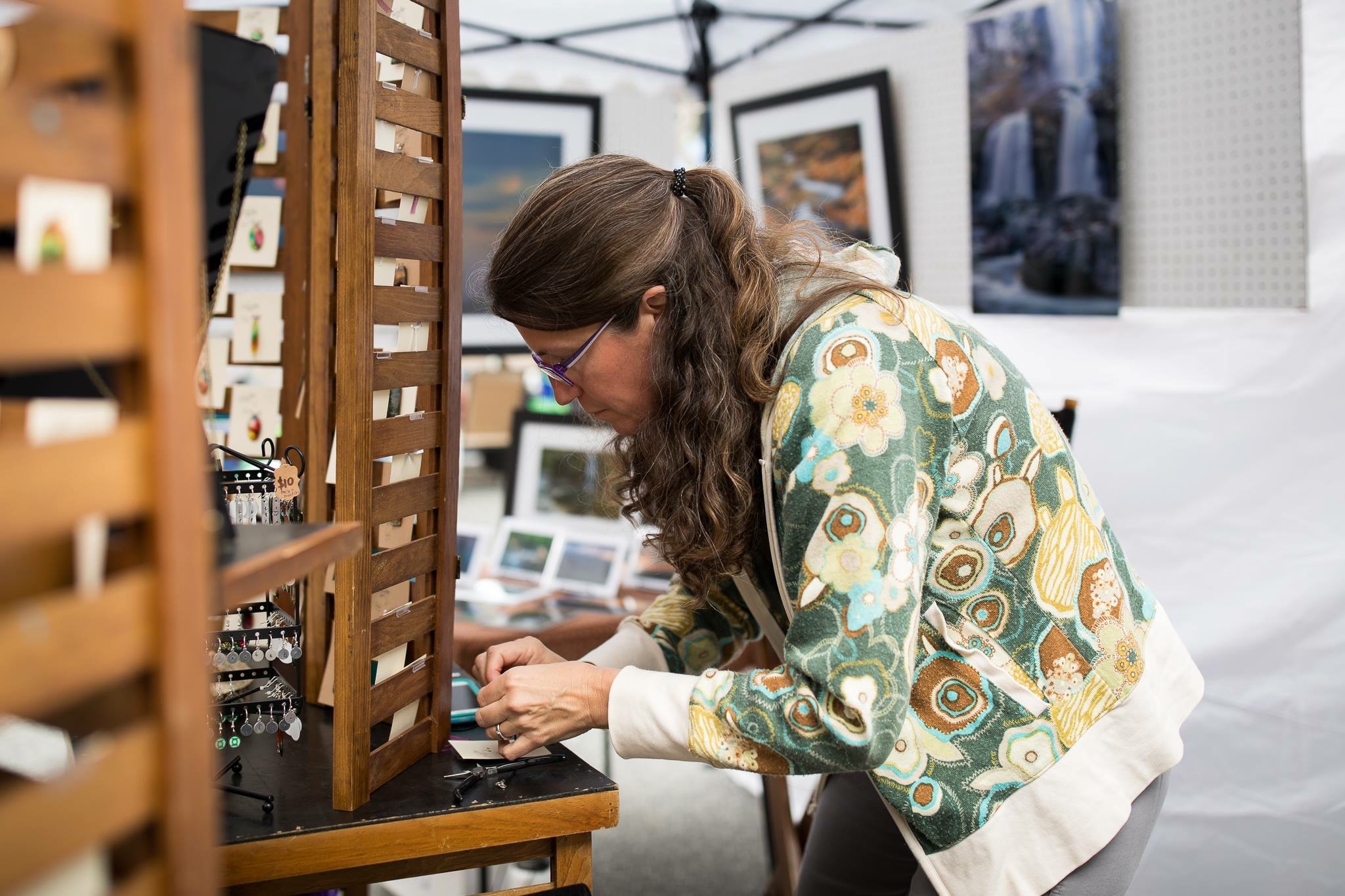 Some people search for hours for a four-leaf clover. For Pamela Judson, she’s had luck finding them easily ever since she was a small child. She likes to give them to people who may need luck that day. Pamela also incorporates them into her handcrafted jewelry, which she sells through her company, Cloverwing Studio.

“I believe the most beautiful art of all is found in nature,” Pamela said. It inspires many of her handcrafted jewelry, fine art, and upcycled designs. “A butterfly, capable of flying thousands of miles, painted in a palette of bright colors, is magical art in motion,” she writes on her website.

She donates all her profits, including labor, to North Carolina Wildlife Federation’s Butterfly Highway. “The more I make, the more the butterflies gain, making me want to create more,” Pamela said. Her sales last year enabled her to join the Charlie Shaw Society, a group of donors giving $1,000 or more in a calendar year to NCWF.

Pamela promotes Butterfly Highway on her website and displays a Butterfly Highway sign at her jewelry booth at arts festivals and fairs. “The sign piques curiosity in people,” Pamela said. “It is fun talking about Butterfly Highway, pollinators and insects, and what people can do to help. People just come up to me and tell amazing stories about their experiences with bees and butterflies. The conversation is so much more engaging when we discuss pollinators.”

Butterflies have a special place in Pamela’s heart. Before her mom passed away, she told Pamela that she would send butterflies to visit after she was gone. Pamela has turned a hillside at her Webster, NC, home into a native wildflower garden to guarantee their visits. Connecting with nature in this way makes her feel part of a larger community that includes creatures, not just people.

“The idea of service or giving to your community is an essential part of being human,” Pamela said. “I don’t feel like I am making a tremendous impact, but I feel that every bit helps. I hope that in sharing my art, I am also opening eyes to be aware of pollinators and their habitat.”

If you want to join Pamela as a Shaw Society donor, contact VP of Philanthropy Kate Greiner at [email protected] or 704-332-5696.

Charles Raymond Shaw was born July 15, 1932. He was raised at Overhills, the Harnett County estate of the Rockefeller family, where he developed an early and abiding love for wildlife and the environment. Charlie helped found the Wake County Wildlife Club in 1964 and remained a charter member. He served as the club’s president in 1968. He was elected president of NCWF in 1973 and assumed the post of executive vice president later that same year. In 1981, he became the southeastern Regional Executive of the National Wildlife Federation. He was inducted into the North Carolina Conservation Hall of Fame in 1988.

The Charlie Shaw Society continues his legacy in raising funds for what Charlie always believed in: conservation of our unique natural resources. Society members are our most dedicated supporters – generous members who have made a commitment to the work and programs of NCWF through an annual contributing gift of $1,000 or more. Some NCWF Shaw donors prefer to give by stock, donor advised fund or IRA. Gifts can also be made in one lump sum or in any number of smaller contributions within a calendar year, and can be directed to any NCWF program that is of interest to you.