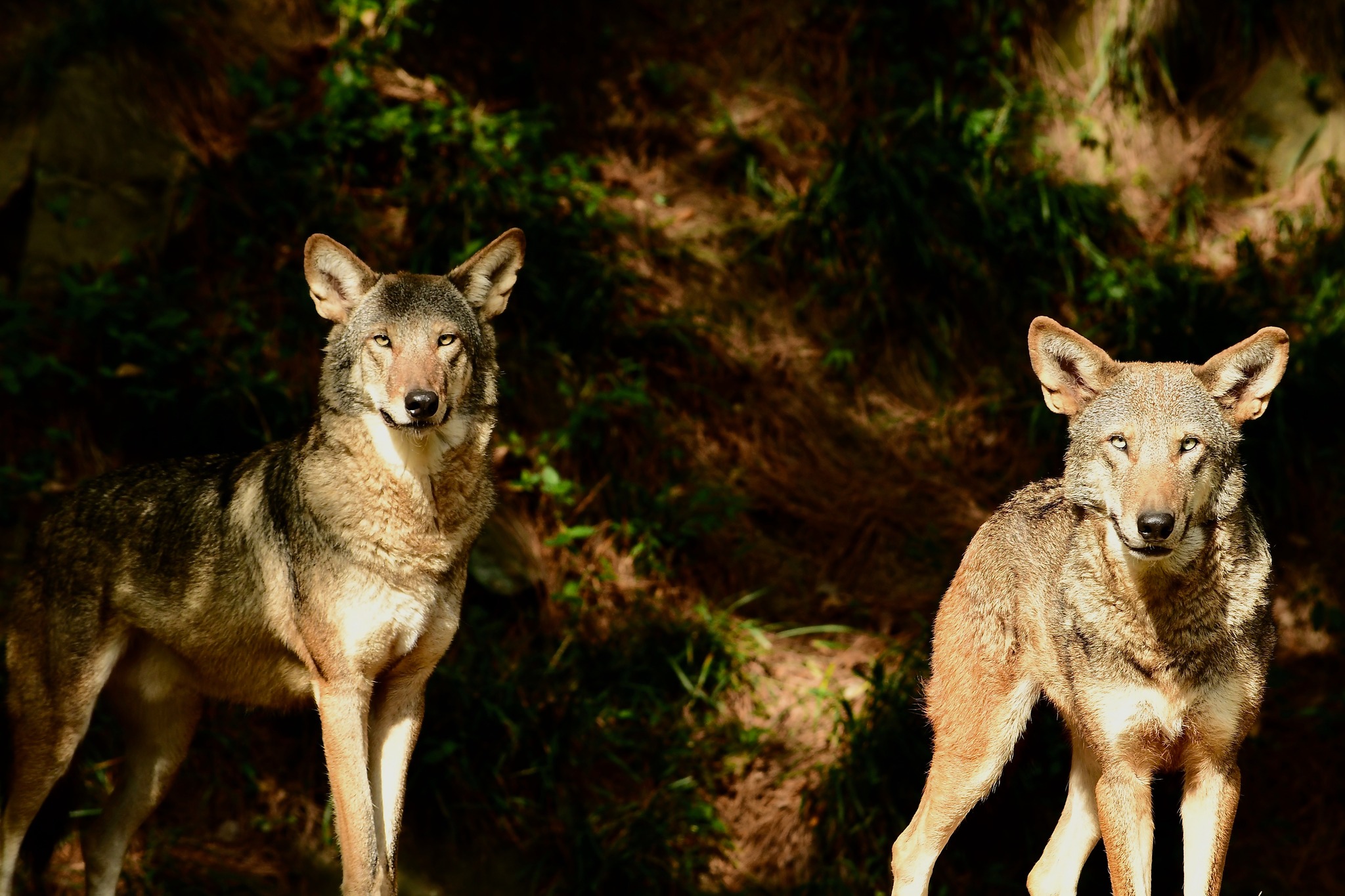 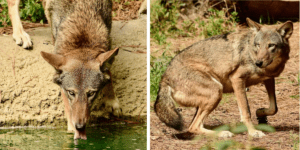 Visitors to the Red Wolf Center on Pocosin Lakes National Wildlife Refuge will see a couple of new faces in the exhibit enclosure: 4-year-old red wolf brothers who were relocated from Durham to Columbia, NC.

Born at the Durham Life and Science Museum, the wolves (dubbed 2246M and 2247M) are part of U.S. Fish and Wildlife Service’s Red Wolf Recovery Program. Currently, there are an estimated 19 to 21 wild red wolves in eastern North Carolina – the only known population of wild red wolves in the world.

“There are several recovery program options being explored and considered for the male red wolf siblings, including having them stay as education exhibit wolves, being part of the captive breeding program, or being released into the wild red wolf population,” said Katerina Ramos, red wolf education and outreach coordinator for North Carolina Wildlife Federation. 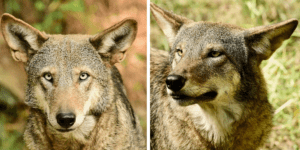 Ramos also noted the 8-year-old female (2061F), who was previously in the enclosure, was relocated to Wolf Conservation Center, a captive breeding facility in New York. “She’ll be introduced to a male red wolf with the hope they’ll have pups this breeding season,” she said.

Meanwhile, Ramos said that the 14-year-old male (1714M) from the exhibit pen is still at the Red Wolf Center, but he’s out of the limelight and now spending his retirement days in peace.

Webcams installed earlier this year allow wildlife and nature lovers worldwide to get a 24/7 glimpse into the lives of 2246M and 2247M. With one live streaming webcam in their den and another in their outdoor enclosure, viewers can watch (and occasionally hear) the red wolves as they move about the wooded area and interact, snooze, sniff, play, eat and maybe even howl.

The cameras now rotate every minute, which allows viewers to see the entire enclosure within a 10-minute time frame. They’ll also help staff and caretakers observe the red wolves from a distance as they continue learning about their behavior and needs while monitoring their health and well-being. 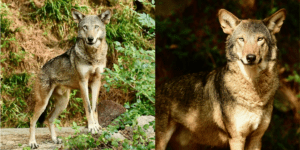 “Red wolves are not only extremely rare, but they’re also naturally shy, wary of humans and skilled at making themselves hard to spot,” Ramos said. “It’s nearly impossible to view them in the wild, which is why we’re so excited that a wider audience can watch these amazing creatures anytime, day or night.”

She added, “Most people don’t realize these animals’ caring nature towards their pack members. It’s truly magnificent to see the close-knit behavior red wolves show when they’re bonded, especially how they behave with one another day to day and when in the den.”